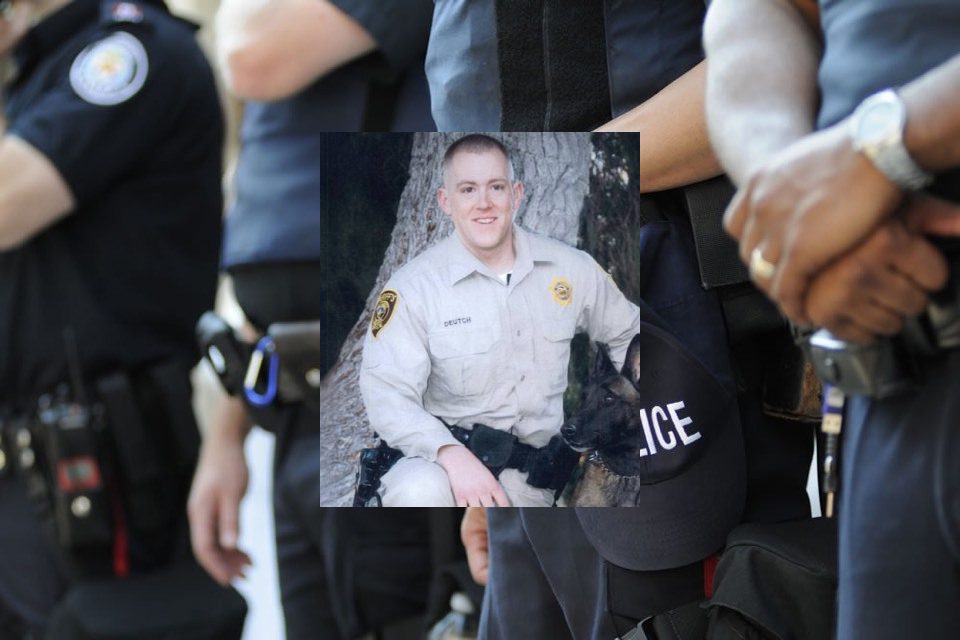 This was the type of person Deputy Sheriff Deutch was a rock. A reliable anchor amid a violent storm. He didn’t belittle anyone, and he left people feeling at their best, despite what odds they faced. This is simply rare in anyone. Right around the time Deputy Sheriff Murphy was ready to return to work, Deputy Sheriff Deutch got orders from his National Guard unit. He was going to Afghanistan. Deputy Sheriff Deutsch remarked to those close to him that he believed the assignment was a death sentence, and he got his affairs in order, married the love of his life, and prepared for what he thought would be certain doom. However, he returned, and so did the rest of his unit. But Deputy Sheriff Deutsch didn’t want to take time off, and within 48 hours of his return, he was back in uniform, on shift with a field training officer to re-familiarize with law enforcement shift work.

On Monday, April 26th, 2010, as he was on patrol with his FTO, they fielded a call of a deranged male who was shooting at his ex-girlfriend, who was trying to leave Pahrump to get away from him. James Chaffin, who up to this point had very minor arrests to his name, had become imbalanced about his ex-girlfriend and was out of control once he knew she was leaving for good. He opened fire on her as she loaded belongings into a car, and chased her car into that same mobile home park from 2008. The vehicle description given for Chaffin’s car was incorrect, and when Deputy Sheriff Deutch and his FTO arrived on scene, in front of what they thought was the right car, it gave Chaffin a preview of their entrance. He took aim at Deputy Sheriff Deutch, striking him with high-powered rifle rounds that penetrated his vest. Deputy Sheriff Deutsch died a few hours later, he was 27-years-old.

Many have remarked at the irony that Deputy Sheriff Deutch served an entire combat rotation in Afghanistan, in one of the worst provinces in the country at the time, and walked away with mostly scratches, minor bruises, and small cuts. Yet, he was killed in less than 72 hours upon returning to the US. While death in combat is more likely, than death in the US as a law enforcement officer, the likelihood of involvement in a deadly encounter in the US for law enforcement officers is starting to rival that of combat. And with the increase of such violent encounters, we assure ourselves that officers will not necessarily make it home safely. We must seriously consider these deadly situations, because this is not the only returning veteran from combat that has been killed as a law enforcement officer a short time after returning from said combat. Deputy Sheriff Deutch served Nye County, and our country proudly, and was an example of how determined one must be in this profession. As a community, we owe it to him proactively temper the flames of anger, hostility, and uncontrolled emotion. Deputy Sheriff Deutch is survived by his wife, two children, two brothers, one of which is also a deputy with the Nye County Sheriff’s Office, two sisters, and his parents. We at CaseGuard remember Deputy Sheriff Deutch, and we won’t forget his example, nor his life.