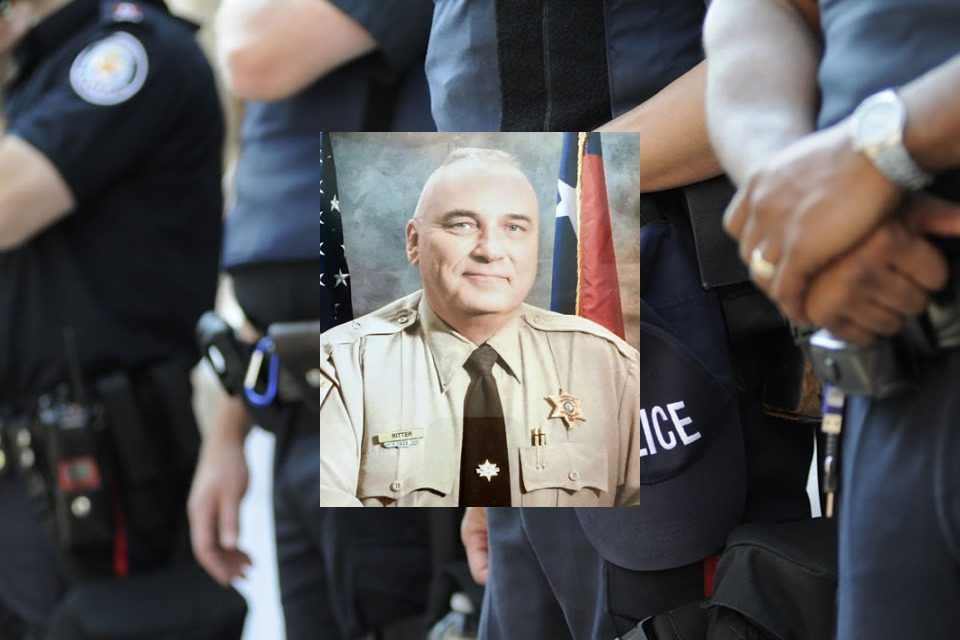 On Thursday, August 19, 2021, North Carolina officials briefed residents about the loss of a local deputy due to COVID19. Deputy Sheriff Eric Otis Ritter of the Moore County Sheriff’s Office passed away due to complications from contracting the coronavirus. It is presumed that he contracted the virus while serving the community through his duties at the Moore County Courthouse.

Ritter, age 57, had served with the MCSO for approximately three years. Before joining the MCSO, Deputy Ritter served more than 30 years with the North Carolina State Highway Patrol. He began his career as a law enforcement officer in November 1986.

During his career, Ritter attained the rank of first sergeant. He was responsible for the operations of the district VI offices with the North Carolina Highway Patrol. Troop H served at this office in Aberdeen. After thirty years of service, Ritter retired. However, he never stopped caring and helping residents.

When the job of County Bailiff came up, the first person the community, thought of was Ritter. He gladly joined the sheriff’s department so that he could continue to serve in a meaningful way.

COVID19 has been taking many lives in the state of North Carolina. A total of 206 Moore County residents have died from the virus at Ritter’s death.

Ritter had brought his veteran law enforcement skills to the Moore County Sheriff’s Office. He enjoyed his life of civil service. Located in Carthage, NC, the MCSO serves nearly 100,000 residents.

Deputies patrol more than 700 square miles with eight square miles of waterways. In addition, the department is responsible for the operation of the county jail, providing court service and security for the county courthouse. Ritter had most recently been assigned to the courthouse.

The agency is fully accredited and has multiple divisions, including patrol, water rescue, and SWAT. Fort Bragg is located in Moore County and neighboring Cumberland County.

Deputy Sheriff Eric Otis Ritter leaves behind his wife, daughter, three granddaughters, parents, and brother. His many years of service will be remembered and honored by residents, community leaders, and fellow officers. Many will gather to celebrate his life and support the Ritter family in their time of grief.

Moore County Sheriff Ronnie Fields spoke highly of Deputy Ritter. “He was a great guy and a people-person that people just loved working with. He was very loyal and dedicated, and he never met a stranger. He loved to serve the community and loved to help people. When the full-time position as a bailiff opened up, he was the first one we called. It’s not just a void left by an employee, but also a loss of a friendship, which is more important to me.”

County Commissioner Louis Gregory shared insight into the type of officer Deputy Ritter had been. “He was a very professional, personable guy. I will really miss being able to see him at our courthouse, and I wish the very best for his family during this difficult time.”