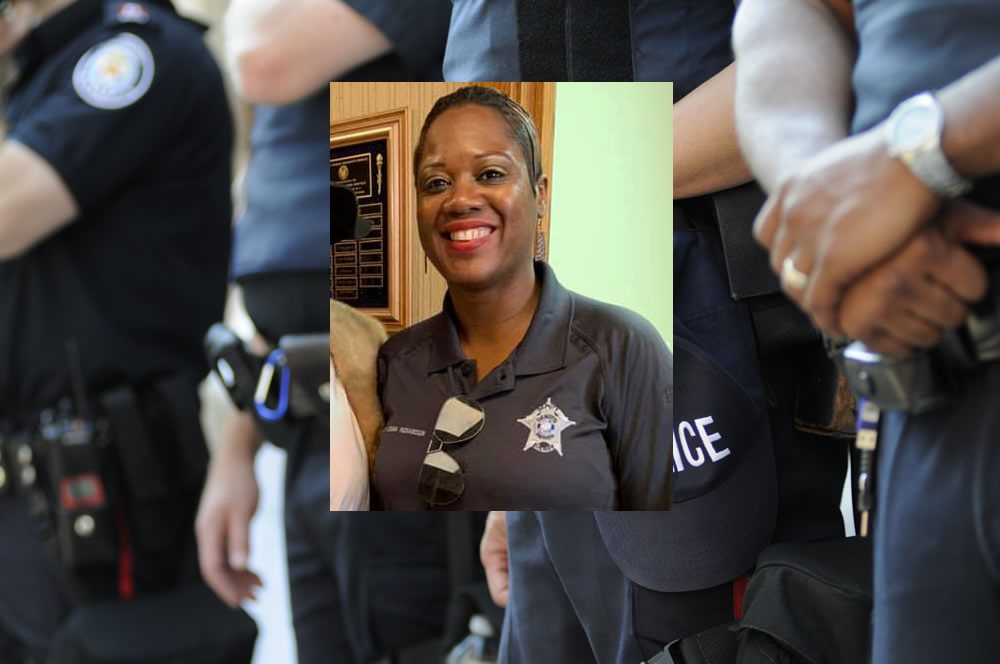 Just before 8am on Wednesday, February 12, 2020, Deputy Sheriff Donna Richardson-Below lost her life in a tragic two car accident on U.S. Highway 84 in Louisiana. According to the DeSoto Parish Sheriff’s Office Facebook page she was known as a beacon of light to all the people who knew her.

She was an honorable deputy who made an impact on all she met. According to her sister, she did not know a stranger and would give her last to anyone, she was a giving person. Her family and all of Louisiana is mourning her loss, but state that she gave her life doing what she loved the most.

Police face a variety of job hazards. The public, of course, understands that it is a dangerous job. They may first think of crime, or gun violence. While these things do create hazards and gun violence do take the lives of many officers, one area that is often overlooked by the public is automobile accidents. Police spend a great deal of time in their vehicles, on the side of the road, helping other stranded motorists, as well as those who patrol on motorcycles or other vehicles.

Despite specialized training, following safety procedures and wearing seat belts the number of officers that are lost due to vehicle accidents is staggering. Statistics show that from 2005 to 2017, 775 officers have lost their lives due to vehicular accidents. These officers were either in accidents in their vehicles, or struck by other vehicles while attempting to do their duties. The number is significant. It accounts for more than 37% of all line of duty deaths for law enforcement officers.

After having a career with the Louisiana Probation and Parole office as one of their valued agents, Deputy Sheriff Donna Richardson-Below followed her heart and joined the Desoto Parish Sheriff’s Office. She spent her life giving back to Louisiana. A procession brought her back from Desoto Parish to her family home of Arcadia to honor her life, which is over 90 minutes away.

The Desoto Parish Sheriff’s office is located in Mansfield, Louisiana. A parish in the state of Louisiana is the same as a county in other states. Deputy Richardson-Below is the second officer that they have lost in the line of duty, the first one was in 1954. The Sheriff, Jayson Richardson recently introduced a community app to allow the parish to work closely with the sheriff’s department and communicate their needs to officers. They can locate sex offenders, inform officers of victims with special needs, give crime tips, and find helpful links and other information in their community. The Sheriff’s office has been extremely proud to introduce this new application to the community and it is available on the Google Play store.

This is the area of Louisiana that Deputy Sheriff Donna Richardson was assigned to protect. In French it is Paroisse DeSoto. The parish was formed in 1843 and today it has an estimated population of 27,900 citizens. The parish was named historically after Marcel DeSoto, who brought the first group of settlers there to the bayous. He was not related to Hernando De Soto who was the infamous Spanish explorer who discovered and named the Mississippi River. It is, however, a common misconception.

Mansfield is the parish seat, and where the Desoto Parish Sheriff’s Office was located. It is famous for The Battle of Mansfield, which was fought there in 1864. Several other famous battles followed and are commemorated in a local museum on Louisiana Hwy 175.

Deputy Richardson-Below died doing what she loved and what she felt was doing God’s work. She truly believed God had called her to be an officer of the law. She had been a parole officer for many years and dreamed of becoming a deputy. She prayed about it.

On December 31, 2018, she shared personal information about her trials on her Facebook page. She called it her testimony for 2019. She was clearly posting her goals and what she hoped to achieve. She shared with the world how she had struggled and worked for three months just trying to pass the test to become a deputy in 2018, but had not succeeded yet. She had decided she was going to pray about it, and keep trying.

Friends encouraged her, her faith in God kept her going, and she kept trying. She was a bold woman. She stated that she was going to convince the Sheriff that she was not dumb. Upon that confrontation by a determined young lady, the sheriff agreed and said he would buy her a study guide to help her pass the exams. She continued to pray.

She said that she believed God made it possible for her. Two judges spoke up for her and recommended her to the sheriff’s department and the sheriff had a change of heart. When she went to pick up her study, he said she would no longer need it, she was hired. Her own words were this:

“I am Forever Grateful for These Individuals ❤ ️ ❤ ️ They Believed in Me and Gave The Best Opportunity I Could Ever Imagine… I Promise Not to Let Them Down…. Many say “I’m to Godly” but I say in Order to Get What God has for Me I have to Be Godly… 2019 has Truly been a Blessing to Me… I will continue to Plant a Seed of Righteous so that I will Reap My Harvest… My Response is “Hallelujah!” -Deputy Donna Richardson-Below.

This accident has been a tragic loss to the community. Family, friends, and fellow troopers are all mourning the loss of Deputy Richardson-Below. She was a young 43 years of age. She was committed to her life as a deputy and to giving back to everyone around her.

Her cousin, Shelia Frazier, put it in words simply, she said that “they gave her to them,” referring to the Desoto Sheriff’s Office. After the 85-mile motorcade to bring her back to Arcadia, her cousin stated, “but they brought her back to us.” The cousins reported that her mother is struggling to hold on. She is staying strong with a smile on her face, and they don’t know where she gets her strength. Perhaps God is holding her up for now. Deputy Richardson-Below is the 6th child that her mother has lost, making this tragedy extremely heartbreaking.

May she be blessed and rest in peace.