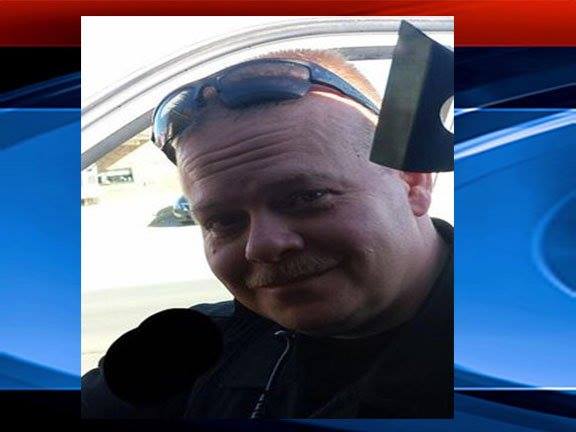 Mulhall is a tiny town in Logan County, Oklahoma. The population is just over 200 people, and there’s a beautiful elementary school, that the combined Mulhall-Orlando Public Schools instructs from Pre-Kindergarten to 8th grade students, right at the heart of town. Along Main Street, there’s the world-famous Lucille’s Restaurant, home to some of the best pies and steaks one can find in the Midwest, the restaurant is named after Lucille Mulhall, one of the original cowgirls. Directly across Baty Avenue is Lucille’s Bar, an extension business of the Lucille brand. Mulhall has seen tragedy that most communities never do. On May 3rd, 1999, an F5 tornado struck town, coming in at over a mile wide, destroying everything in town, except for The Methodist Church, and Lucille’s Restaurant at the time, which has since become the bar. But most recently, Mulhall has been struck with yet another devastating tragedy.

On April 18th, 2017 at approximately 9:15 a.m., Deputy Sheriff David Wade, a three-year veteran of the Logan County Sheriff’s Office was conducting an eviction he had been assigned at the beginning of his shift, a very common task that law enforcement officers, particularly Sheriff’s Deputies are called upon to conduct. An eviction is a “routine” call for all Sheriff’s Offices, and generally entails one deputy responding, serving paperwork, and leaving, or in the case of this process, stands by to actively observe the evicted physically move their possessions out, at which point a person responsible for re-taking the property secures it. There are variations in these processes, but that’s for another discussion. There have been times where certain evictions are emotional, and even volatile. Most barely make the news, except for the mandatory notifications that go out in a local newspaper ahead of the actual eviction. Losing one’s home is a circumstance that leads to insecurity, and that can lead to anger. But the situation Deputy Sheriff Wade was in was far beyond the merits and considerations of eviction.

As Deputy Sheriff Wade made clear what his purpose for the visit was, which was not a surprise to the tenant, who had already began loading their property into a U-Haul style box truck prior to his arrival, he was greeted by the tenant and two other men, one by the name of Nathan Aaron Leforce. They were not too happy that Deputy Sheriff Wade was present, but as we’re sure he tried to explain, it was routine for a deputy to be present for the move out, until the property could be turned back over to the owner or their designated party. What Deputy Sheriff Wade didn’t know was that Leforce was someone with a violent criminal history, involving prison time, pulling guns on officers previously, and even dismissed charges of abuse against former love interests. LeForce is a violent person, with an erratic temper. But he’s not only a typical violent criminal, he’s also engaged law enforcement officers before, with a rifle, and the subsequent outcome was his arrest and prosecution, where it came out that he was most likely attempting what is known as “Suicide by Cop,” an action taken by criminals that effectively eliminate their chance of being held accountable for their crimes. One of the most alarming things about SBC type scenarios, is that the people attempting them are usually psyching themselves up beforehand, convincing themselves mentally that even if they must shoot an officer to achieve their goal, they’ll do it. Add to this, Leforce’s own statements in previous criminal investigations citing his membership in prison gangs known as the “Irish Mob” and the “Universal Aryan Brotherhood,” and the violent nature of Leforce becomes clear. But even more, Leforce was not even subject to the eviction, and was there to assist his friend in moving his belongings. When you consider Leforce’s history, it is clear that he had anti-law enforcement thoughts for quite some time, and was merely waiting for any opportunity to present itself for him to finally act out.

Deputy Sheriff Wade had already served a career’s worth of time with the Oklahoma National Guard, with deployments to Bosnia, and had served two years with the City of Cashion Police Department, where he was regarded as a model officer.

Our loss of Deputy Sheriff Wade is very fresh, and is painful for all those affected by his absence. The trial of Nathan Leforce has not yet begun, still in the preliminary stages. Regardless of the outcome, we can never get our Deputy back. At a prayer service those with disregard for civil society could not let his mourners in peace, when Marion Holliday, a man with a history of threatening his family, armed himself with a shotgun, and began walking down the road towards the location of the prayer service. Several deputies at the service responded, and located Holliday behind a tree. He refused to put his shotgun down, raising it towards the deputies, who ultimately fired upon Holliday, killing him. This situation may not seem like the typical situation encountered at any type of memorial for a lost officer, but there are hundreds of instances of people harassing, defaming, and even assaulting those attending such memorials. Targeting law enforcement officers, as both incidents show, is a continued trend that does not seem to be ending anytime soon. We owe it Deputy Sheriff Wade and his family to bring attention to this ridiculous circumstance officers face at more and more calls, and to end the threat for good.

There is one more thing we will ask of you in remembering Deputy Sheriff Wade. The Oklahoma Law Enforcement Memorial is a non-profit organization, not a government entity. As such, they receive no funding from the government. Currently there is an immediate threat of water to the memorial along Martin Luther King Avenue in downtown Oklahoma City, that could cause the entire memorial to sink, and implode, ruining the memorial walls, the burial markers, the beautiful courtyard, and all other features that are meant to pay tribute to fallen officers of the State of Oklahoma. The Memorial has raised $50,000 of the $175,000 needed to fix this water issue. We call upon you to open your wallet, your checkbook, your electronic payment method, and please help The Memorial reach this financial goal. By saving the memorial grounds, we preserve the memory of not only Deputy Sheriff James Wade, but all other officers who have died in the line of duty in Oklahoma. Deputy Sheriff James Wade was history enthusiast. We believe preserving the history of the Oklahoma Law Enforcement Community is a fitting tribute. Please go to their memorial home page to make your contribution.