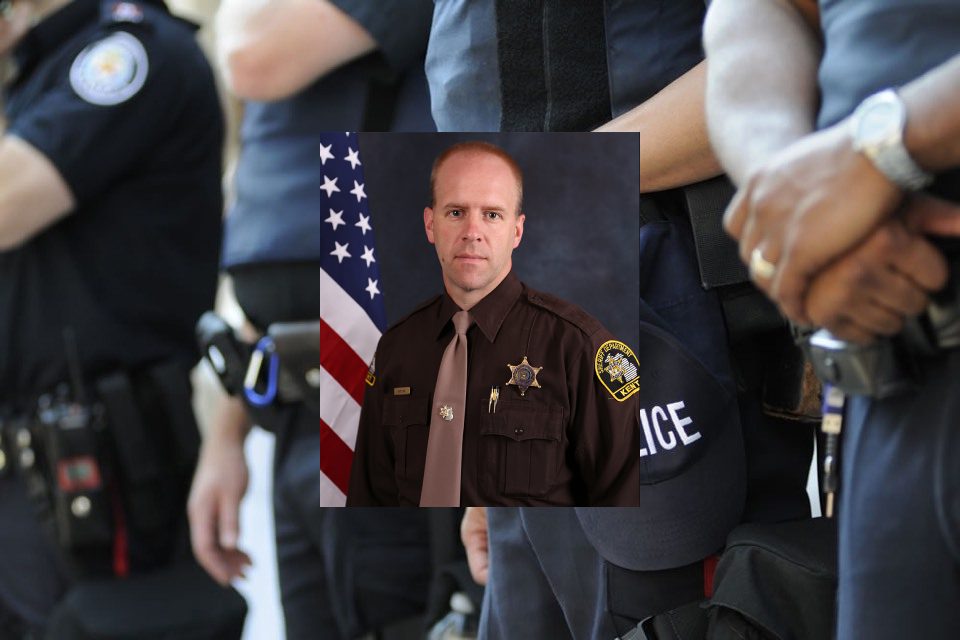 COVID19 has become the number one cause of line of duty deaths among law enforcement for the past two years. Hundreds of officers across the country have died from contracting the virus. The need to keep officers and first responders on the job during a national quarantine was evident. As a result, the federal government legislated that active-duty officers who contract the virus while on the job be given full ‘line of duty’ death status. This allows for full benefits to be paid out to their families.

Kent County was home to Deputy Sheriff David Cook. He was a proud member of the KCSO. Jurisdiction for the KCSO covers an area of 872 square miles. The department has a highly trained search and rescue team to cover more than 25 square miles of riverways in the county. The Kent County Sheriff’s Office serves a population of 658,000 residents.

Kent County has the Grand River running through it. On the west side of the river are protected burial mounds built by the Hopewell Indians. Today’s KCSO incorporates community policing efforts to enhance their perception among residents better.

KCSO is responsible for law enforcement in all unincorporated areas of the county and any township or town that contracts their services through them. Departments include patrol, victims’ services, civil service, court security, and the Kent County Jail management.

Deputy Sheriff David Cook leaves behind his wife and two children. The Cook children will join the hundreds of thousands of American children who have lost a parent or primary caregiver to the virus. Hundreds of officers, family, residents, and others came to show gratitude at his service. Full honors were performed to commemorate the significance of such a loss.

Kent County Sheriff LaJoye Young shared sadness over the loss. “We are deeply saddened by Dave’s loss. His service to our community and presence as a partner and friend has been felt by all here at the KCSO. Dave’s legacy will be defined by the kindness with which he served.”

The Grandview Police Department shared sympathies with the Cook family and the neighboring department. “Our thoughts and prayers go out to the family and friends of Dave Cook, as well as the Kent County Sheriff’s Department as they mourn the loss of a loved one and co-worker.”

Deputy Sheriff Tim Erhardt, Cook’s partner, shared his thoughts. “He never called in sick. Never shook the call. He would show up as a second, third, or fourth officer on the scene of a big call, and he would just attack it. He would go in and start interviewing people doing what he needed to do to make our jobs easier.”