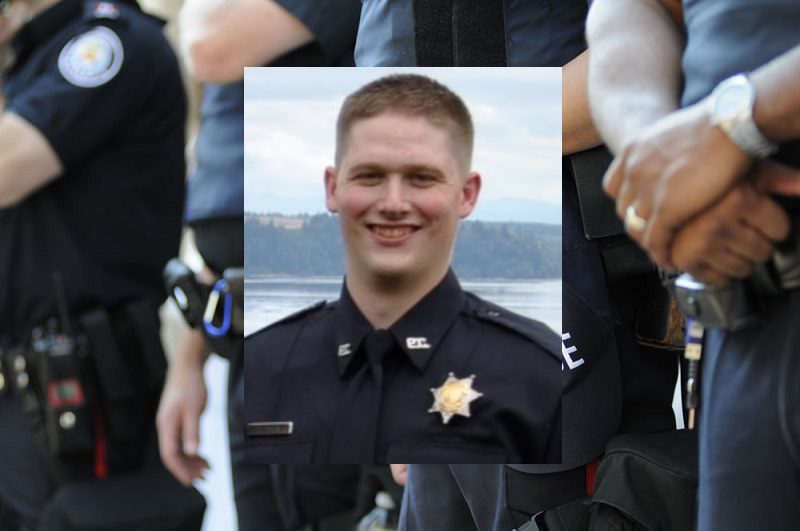 Twenty-five-year-old Deputy Sheriff Cooper Dyson received an emergency call on his radio that his brothers on the force were in trouble. It was approximately 3:00 am on December 21, 2019. Two deputies had responded to an initial incident of domestic violence and called for back-up. When they had arrived on the scene, they were immediately attacked by a male suspect who ran into a home and they suspected he was getting a weapon in order to inflict more harm upon the two officers. This is when they called for help. Officer Dyson responded.

Tragically, on his way to help his fellow officers, his vehicle left the roadway and struck a commercial building. The crash occurred around the 1300 block of 112th St. E., and the deputy was found by a passerby who immediately called for help. When the emergency responders arrived, Deputy Sheriff Cooper Dyson was found to be deceased.

Police work is dangerous. Chasing criminals, arresting individuals with a history of violent behavior, approaching vehicles with unknown individuals behind the wheel, all these things are dangerous activities. When an officer runs towards danger while others flee. Answers the call when there is domestic violence situations, every day when an officer puts on their uniform and badge to walk out the door, they do so knowing that they risk not coming home to their families. Yet they still go out and answer the call to protect the communities that they love.

It’s difficult to realize that one of the primary dangers that police face each day is in their own patrol cars. Automobile accidents or even being struck by another vehicle while handling their duties on the roadsides is one of the highest causes of police deaths in the line of duty. Currently the rate of automobile related deaths for officers in the line of duty is approximately 50% of all causes of deaths of officers.

From 1980 to 2015, the National Highway Traffic Safety Administration (NHTSA) reported that there were 943 crashes for law enforcement vehicles that resulted in death. A total of 998 individuals died as a result of these crashes. The NHTSA reported that for those years, there was an average of 24 crashes per year, and 90% of the deaths caused were of the driver of the vehicle.

Deputy Sheriff Cooper Dyson was a young man beginning his career with the Pierce County Sheriff’s Department. He had served his community as a deputy for approximately two years. He was an honorable young man who loved his community and fellow officers. The department he worked for had a long history in the state of Washington.

Deputy Sheriff Cooper Dyson served the community of Pierce County, Washington. The county was named for President Franklin Pierce. It is the 2nd most populous county in Washington, and the 63rd most populous in the United States. Deputy Dyson had a lot to cover in his daily patrols. The area of Pierce County covers 1,806 square miles with varied types of geographical features.

Pierce County has populous areas like its county seat of Tacoma, Washington. Deputy Dyson had over 400,000 residents living in the rural communities to serve every day. The county itself is growing at a rate of over 12% a year. Those residents lived in a variety of areas, including mountainous terrain. Pierce County is the home of Mount Rainier, the tallest mountain in the Cascade Mountain Range. It also includes a volcano, that is expected to have an eruption in its future. The last eruptions were in 1820 and 1854. If an eruption occurs, the sheriff department would have to be ready to assist the evacuation of parts of Puyallup Valley, to save the citizens from the effects of lava or pyroclastic flows.

Pastor George Bedlion, Jr. spoke about Deputy Dyson. He stated that the Deputy would take time to stop and read from his Bible and pray every day before his shift started. He was a man of faith who carried his Bible with him on patrol every day. He was loved by the community, his fellow officers, and his family.

He left behind his young family, a wife, a young 2-year-old son named Luke, and his wife is pregnant with his second child, expected to be a girl. Hundreds of officers from all across the Northwest region of the United States and Canada showed up to pay tribute to Officer Dyson at his funeral. A procession of patrol cars, fire trucks, and other first responder vehicles stretched for several blocks as they rolled slowly up South Tacoma Way, with many people standing by to pay their respects. It was a beautiful tribute to a man who loved his community, family and God, and put his life on the line every day to keep all of them safe and secure.