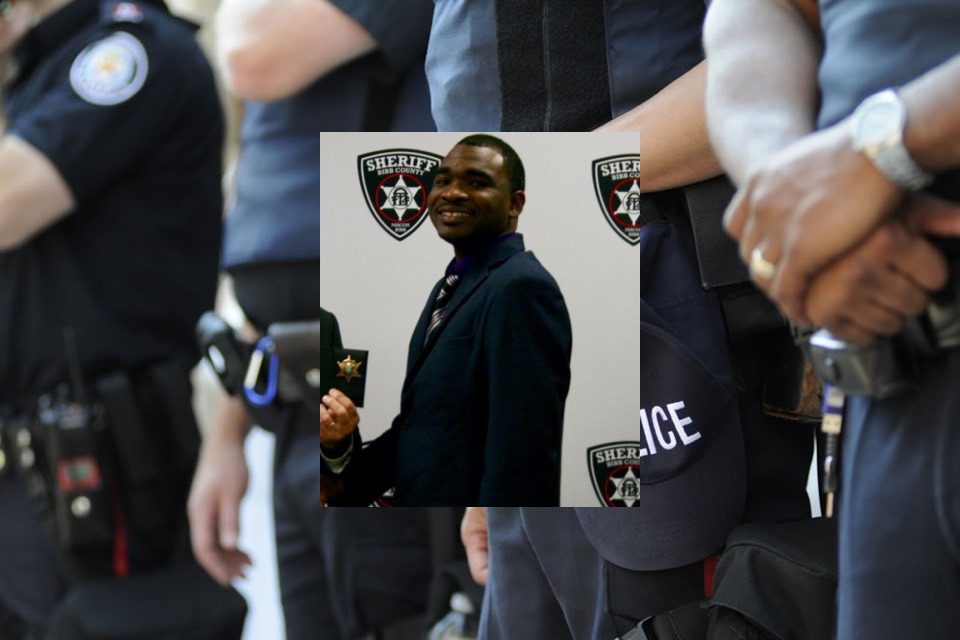 On Tuesday, April 6, 2021, Georgia officials faced the mic with addressing residents about the loss of a local deputy. Deputy Sheriff Christopher Wilson Knight died from stab wounds as he worked his shift at the Bibb County Law Enforcement Center.

It was about 2:45 am when Deputy Knight and another corrections officer were preparing to move a prisoner to an observation area. The prisoner had been threatening to commit suicide. During the move, the prisoner began to fight both deputies. Amid the fight, the man then grabbed hold of Deputy Knight’s knife. The prisoner then stabbed Knight repeatedly.

Deputy Knight did not survive. He was transported to the nearest hospital, Atrium Health Navicent, where he succumbed to his injuries about an hour later. The second deputy, Deputy Sheriff Jerome Williams, was seriously injured, and it is not known if he had been stabbed as well. An investigation is ongoing, and results will be turned over to the Macom County District Attorney’s office.

The BCSO works close at hand with neighboring law enforcement agencies as they work together to provide services not only to Bibb County but all of Georgia’s District #2. The agency offers an outreach program, corrections and detention services, criminal investigations, forensics, and court services. The officers also serve and patrol an area of 255 square miles and protect nearly 160,000 residents.

How does one explain such a senseless act to a 2-year-old child? The violence used to take the life of another has such a broad impact on the community, family, and children. Deputy Sheriff Christopher Wilson Knight leaves behind his 2-year-old daughter and mother. He has extended family in the area. The local law enforcement, residents, neighbors, and others will have to find a way to support this child and the Knight family for years to come.

The Rosemont Public Safety Department shared their condolences with the Knight family online. “End of Watch. We are deeply saddened to report the loss of Deputy Sheriff Christopher Wilson Knight of the Bibb County Sheriff’s Office in Georgia. Our thoughts and prayers are with the family, friends, and colleagues of this fallen hero. May he rest in peace. Thank you for your service. Gone but never forgotten.”

The Lititz Borough Police Department remembered Deputy Knight on their social media announcements. “The LBPD is mourning the death of Deputy Sheriff Christopher Wilson Knight of the Bibb County Sheriff’s Office. Deputy Knight was stabbed to death by a prisoner on April 6, 2021. Please join us in remembering this fallen hero.”

District 2 (Macom, Bibb) Commissioner Paul Bronson shared his condolences on his Facebook page. “Thoughts and prayers go out to the Macon-Bibb County Sheriff’s Office and the Knight Family. Heartbroken to hear of the passing of Deputy C. Knight. We offer our condolences and prayers to the family. Peace and Strength.”

District 7 Commissioner Bill Howell expressed his sympathies to residents and family online. “My heart breaks for the family, friends, and co-workers of Deputy Christopher Knight. Having both a Dad and Brother that served on BSO, this really hits close to home. People don’t realize that every day, our deputies have a dangerous job in their pledge to us to “protect and serve.” RIP Deputy Knight, thank you for your service.”

The Macon Judicial Circuit Court District Attorney Anita Howard shared her grief with a statement. “The Macon Judicial Circuit District Attorney, Anita R. Howard and staff offer their heartfelt condolences in the loss of Deputy Christopher Knight. Our prayers are with the Knight family and the entire Bibb County Sheriff’s Office during this time.”