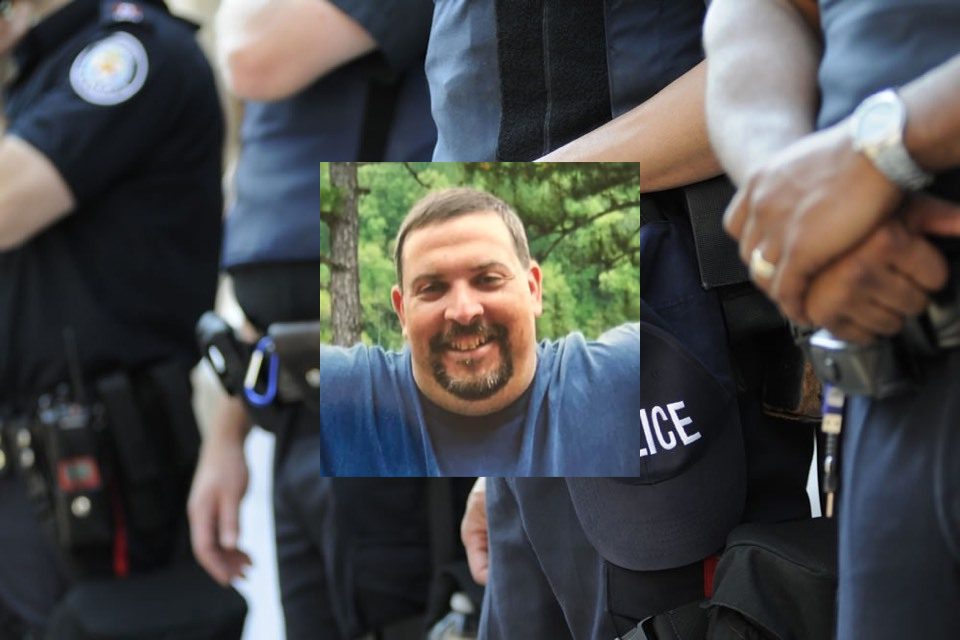 Kentucky officials were saddened to announce to residents that a local deputy had died in the line of duty. On Saturday, September 21, 2019, Deputy Sheriff Christopher Michael Hulsey, badge 977, suffered a fatal heart attack while on the job. Hulsey was 46 years old.

In the early evening hours, Deputy Hulsey and two other detectives were out on Greer Road in Payneville, Kentucky, attempting to execute a search warrant. Upon entering the residence, Hulsey had an altercation with the subject as he placed him under arrest.

At approximately 6:30 pm, shortly after the struggle with the suspect, Deputy Hulsey suffered a heart attack. The other two detectives that were with him began CPR. The two officers performed CPR non-stop until he was transported to Harrison County Hospital.

The man who was arrested has been charged with manslaughter.

Deputy Hulsey spent his entire life in civil service. His father served as the local fire chief for more than forty years. Deputy Hulsey served his community as a deputy with the Meade County Sheriff’s Office. Previously, Hulsey served as Assistant Chief with the Meade County Fire Department, as a paramedic with Mead County EMS, and as a councilman with the city of Brandenburg.

The Meade County Sheriff’s Office is a smaller agency that has approximately twenty sworn officers. Officers in the agency have a great deal of responsibility. The size of the department is often based on the size of the population. In the case of the Meade County Sheriff’s Office, they provide services in an area of more than 325 square miles, but the county has a low population of fewer than 28,000 residents.

Smaller departments can often stretch their budgets by having officers train in multiple areas. For example, Meade county has patrol officers, school resource officers, investigators, court security, and corrections. Many who work in these departments must be able to cover multiple assignments and duties. Hulsey cared a great deal for his community and was a valued officer who had significant training in EMS and firefighting. This loss will impact the department for some time into the future.

Deputy Sheriff Christopher Michael Hulsey leaves behind his four sons, father, sister, and other extended family members. In smaller communities and counties like Meade County, Kentucky, the news of an officer lost in the line of duty spreads rapidly. As Deputy Hulsey was escorted to his final resting place, many took time to come to the route to show signs of support and gratitude for the work Hulsey had done for his many years in service.

The department’s dispatcher called out the last call for Deputy Hulsey at his funeral, as many shed tears. “This is the final call for Meade County Sheriff’s Unit 977 — Deputy Christopher Hulsey. He has gone home. May he rest in peace.”

Tonya Foote, a former coworker of Hulsey’s, shared her goodbyes online. “Chris, what do I say. You showed me the ropes in EMS. I was honored to become your friend. The way you stepped up and took Robert under your wing as a son. There are no words for that. You were one of my closest friends. We lost our way along the way. But no matter when or what, we were always there for each other. I wish I could be there this week for you and the boys. I’m going to miss you, my dear friend.”