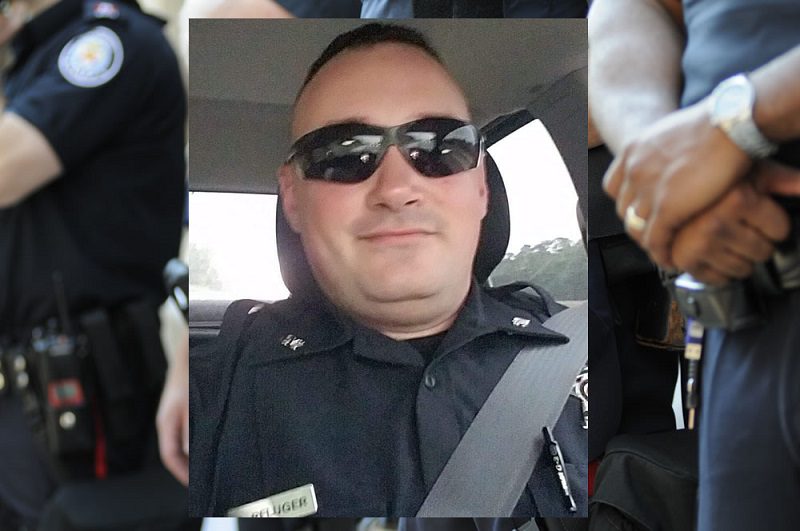 It was near 6:45pm, when the accident occurred. The crash took place at the intersection of Hill Land and Davey Lane in Coldspring, Texas. As Deputy Pfluger swerved to miss the patrol car in front of him, his car clipped the corner of the car. His vehicle flipped in the air and overturned. He was not wearing his seat belt and was ejected from the vehicle. He died on the scene. It was December 21, 2019, just days before Christmas, and he was a father to a young son. He had spent his life serving his country and the community. He was 33 years old, still a young man with much left to give and live for.

As a nation, we are losing too many officers to vehicle crashes. It is not something that the public generally realizes when they think of the dangers of police work. The danger for officers is not always gun violence. In fact, at times the rate of vehicle related deaths has risen to the loss of 1 officer per week here in the United States. Many departments stress safety measures to reduce the number of deaths from vehicle related accidents. Several tenants are given to officers, wear your seatbelt, and slow down are two of them. Wearing your vest is another. Wearing the vest is not just to protect against gunfire, it has shown that wearing a vest can offer some protection during crashes and vehicular assaults. During the first 100 days of 2017, studies show that in the United States we lost one officer every ten days due to vehicle collisions. This total did not include those who were struck by vehicles or assaulted by vehicles. The losses that our officers and their families are suffering from these rates are unacceptable. Departments, officers and communities need to work together to lower the number of vehicle related deaths to officers and start saving the lives of those who give theirs to protect our communities.

Deputy Sheriff Bryan Charles Pfluger had served with the San Jacinto Sheriff’s Department for over four years. He had spent his career in law enforcement, having previously served the community with the Taylor County Sheriff’s Office and the Rising Star Police Department. Prior to becoming a law enforcement officer, he served in the military. He was a U.S. Army National Guard Veteran.

The San Jacinto Sheriff’s Department has the responsibility to cover over 710 square miles and protect approximately 30,000 diverse citizens. Due to the beautiful area and amenities of the county, during the summer, the visiting seasonal population can increase in the area to approximately 100,000 citizens. The county itself is over 66% forestry but also has approximately 40 miles of shoreline. The boundary on the eastern edge of the county is Trinity River, which feeds into Lake Livingston.

San Jacinto County is named for the Battle of San Jacinto which occurred on April 21, 1836, and was an important part of American and Texas history. It was the battle in which Texas won its independence. Deputy Sheriff Pfluger was an outstanding deputy who took pride in his job and his community. The department he worked for was attempting to overcome a dark past, and Deputy Pfluger was showing the community that the department could be trusted and turned to in times of emergency.

Deputy Pfluger touched the lives of many in his community. Hundreds of people showed up and the procession to honor him at his funeral was filled with many law enforcement and first responders from the area. He left behind his wife, his 11-month old son, and many other family members.

The community remembers him as being funny, kind and filled with a caring and protective nature to all those in his community. He is remembered for his giving nature by many that he touched during his life. He knew a woman who needed firewood for heat, but had no means to get more, no money, no car, and was unable to cut her own. Even with a young family to support, he took money from his sheriff salary and bought firewood for the woman and delivered it to her home. This was typical for how he cared for the members of his community, as when he saw a need, he would try to find a way to fill it. He took such great care of the people in his charge, that San Jacinto Sheriff Gregg Caspers awarded Deputy Pfluger a commendation for his generosity.

Deputy Sheriff Bryan Charles Pfluger was honored by the entire community, his brothers and sisters in law enforcement and his family during his funeral. He touched many lives. His story reached many people throughout the country. He was given a special memorial collage that was designed by a student taking a criminal justice operations course in Pinellas County, Florida. She has donated the collage to the department, expressing how his work and knowing how he touched many lives will encourage her as she pursues her own career in law enforcement.