In Memory of Deputy Sheriff Brandon A. Shirley 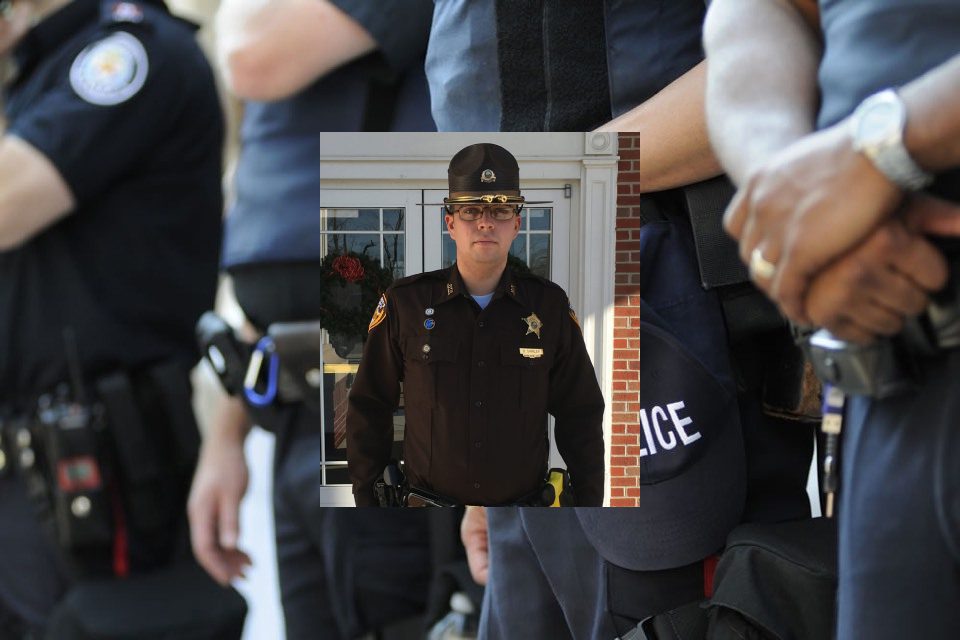 On Thursday, August 5, 2021, authorities in Louisville, Kentucky, briefed residents about the loss of a local deputy. A Jefferson County Sheriff’s Office deputy had been shot and killed. Deputy Sheriff Brandon A. Shirley, age 26, died from gunshot wounds he received when attacked at a secondary employment assignment. His assignment was to provide security at the Rockford Lane Auto Sales in Shively. The car dealer had hired an officer to help find out how cars were being damaged on the lot.

Shirley was in his deputy sheriff’s uniform and sitting in his personal vehicle, a red truck. He was in the 2600 block of Rockford Lane in Shively, Kentucky. Around 2:30 am, a subject approached his truck and opened fire, hitting Deputy Shirley. A witness who heard the shooting stated that they heard five shots.

Deputy Shirley was rushed to University Hospital, where they were unable to save him. Unfortunately, he succumbed to his injuries, despite the attempts to save him.

The 26-year-old officer was living his dream. He was proud to wear badge number 4093/266 with the Jefferson County Sheriff’s Office. He had been serving his community for approximately two years as a law enforcement officer.

The subject who killed Deputy Shirley fled the crime scene. He is still at large. The Sheriff’s Office, FBI, ATF, and other law enforcement agencies encourage residents who may know something to come forward. The agencies are concerned that the crime seemed to be a targeted attack against law enforcement.

The Jefferson County Sheriff’s Office gave Deputy Shirley his start in law enforcement. He joined the agency in 2019 after working several years as an EMS. The JCSO was founded in 1781. It has a long history with the city of Louisville, which, compared to its size today, had only a few residents when the department was initiated.

The JCSO employs approximately 240 full-time sworn officers. The agency also has 102 reserve deputies, most of whom are volunteers, and more than 80 civilian employees for administration. The department is the fourth largest law enforcement agency in the state of Kentucky. Because the Louisville metro area spans the county, the JCSO often works with cases with the Louisville Metro Police.

Deputy Sheriff Brandon A. Shirley grew up in Fairdale. Family, friends, residents, and many officers from around the region have held candlelight vigils and prayers for his family. Shirley was honored when hundreds came to watch the procession as he was taken from the hospital to his place of rest. Louisville wanted the family to know how much they supported them in their loss.

The Jefferson County Sheriff’s Office posted an announcement regarding the loss of Deputy Shirley. “The Jefferson County Sheriff’s Office is mourning the death of one of our own. Deputy Brandon Shirley was shot and killed early Thursday, August 5th, while working an off-duty security job. Deputy Shirley, who was 26, served with JCSO since 2019 and had been assigned to the court security division. He was a young, decorated officer who was awarded a medal of valor for his response to the fatal shooting of Tyler Gerth in Jefferson Square Park in June 2020. He was hard-working, proactive, well-liked, and will be sorely missed by our agency.”

City Councilman David James shared condolences for the family and the department. My deepest sympathies to Sheriff John Aubrey and the Jefferson Co. Sheriff’s Office on the death of Deputy Brandon Shirley. Please lift Deputy Shirley’s family up in prayers. His life was taken in a senseless act this morning. Thank our Law Enforcement Officers.”