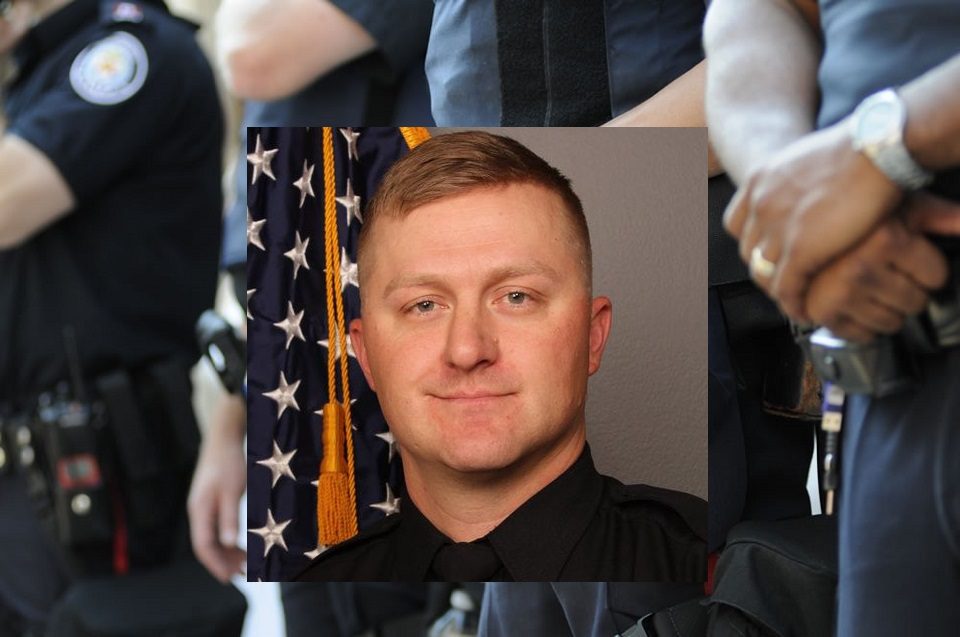 California authorities were heartbroken to announce the loss of both a local officer and K9 in Sacramento County. Deputy Sheriff Adam Gibson, age 31, was shot and killed by a violent parolee.

During regular patrols, deputies noticed a vehicle that matched the description of one used recently in a crime. There had been a rash of burglaries in the area in which the car was suspected to be involved. The suspect and car were parked near Arden Way and Avondale Avenue.

The deputies contacted the driver only to find out he was a parolee. After notifying the driver that they would be searching his vehicle, the man fled the scene. Deputies pursued and called for back-up.

The driver’s vehicle became disabled, forcing him to pull into the parking lot at 1600 Exposition Boulevard. This is one of the parking lots for the California Expo and State Fair facility. The driver remained in his vehicle, refusing to come out.

Due to limited visibility, deputies shot a bean bag round through the back window, shattering the glass. When the driver continued to refuse to get out of his vehicle, K9 Riley was released to go through the window and get the suspect out of the car so that he could be apprehended.

While K9 Riley was inside the vehicle, the driver opened fire. He shot and killed K9 Riley then fired on the deputies. A round struck and killed Deputy Gibson, and another round seriously injured another officer. The other deputies on the scene returned fire, killing the driver instantly.

Gibson was known locally as a hero who had saved a man hanging from the bridge with his quick thinking. He was awarded for his life-saving actions. He was given the bronze star and a major incident ribbon.

The agency was initiated early in California’s history, beginning in 1850. From that early start, the agency has grown to include a $403 million budget and serves a population of nearly 2 million residents. Deputy Gibson is the 22nd fallen officer from this sheriff’s office.

Deputy Sheriff Adam Gibson leaves behind his wife and infant daughter. Gibson was a local hero, now Sacramento County residents, fellow officers, friends, and neighbors, will help his family through their grief. They will continue to be there for Gibson’s young daughter to lean on in her future.

California Governor Gavin Newsom commented on the shooting and loss of Deputy Gibson. “Jennifer and I extend our heartfelt condolences to the family, friends, and colleagues of Sheriff’s Deputy Gibson and the departmental canine who lost their lives in this tragic incident. Our thoughts are also with the Deputy who was injured last night. Deputy Gibson will forever be remembered for his selfless sacrifice and his commitment to providing safety and security for the Sacramento community.”

Michael Ussery, a friend and fellow Marine who had served in Afghanistan with Deputy Gibson was stunned and saddened by the loss of a man he considered a brother. “He was as much my brother as my blood brother. I didn’t believe it; I didn’t think it was real, it took all day for it to sink in. It’s tough to believe that we served two tours in Afghanistan, and he gets shot at home. He had your back, front, and both sides. He was willing to lay down his life for me, and I knew that wholeheartedly.”