In Memory of Deputy Jeff Hopkins 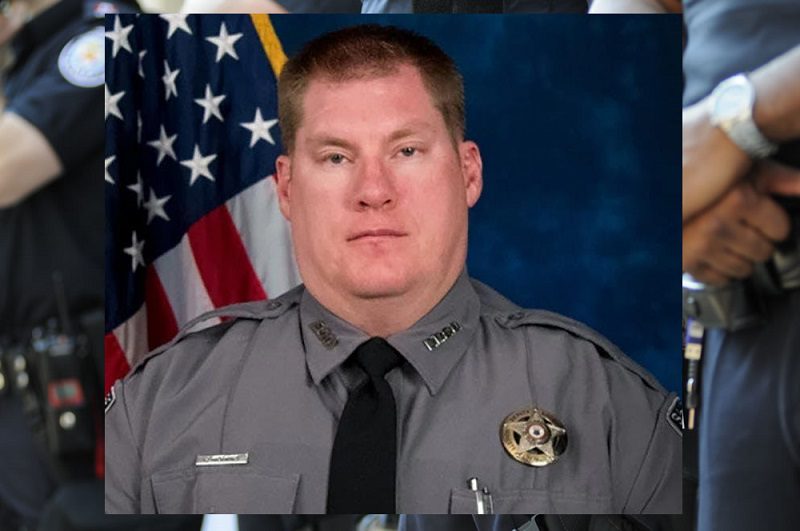 On Wednesday, April 1, 2020, Sheriff Bill Elder of the El Paso County Sheriff’s Office announced the loss of one of their deputies to COVID19, otherwise known as Coronavirus. Deputy Jeff Hopkins, age 41, tragically lost his fight with the virus. He had been having symptoms for approximately ten days and had gone in for testing on March 31. His test results came back positive for the virus on April 2, a day too late to be of any benefit to his health care.

With the type of work that law enforcement officers face, it is difficult, if not impossible, to know how or where Deputy Hopkins may have contracted the virus. However, at this time, there have been eight other officers at the department who have also tested positive. Many more officers have called in sick.

Deputy Jeff Hopkins served with the El Paso County Sheriff’s Office for just over 20 years. During the time he spent at the department, he had the opportunity to challenge himself in a variety of positions. Hopkins had spent time in the patrol division, on floor security, as well as time as an arrest instructor. At the time of his death, he was working intake and release at the El Paso County Jail, where he may have been exposed to inmates.

Hopkins has become the face of Coronavirus in Colorado. In a move to further public safety information, getting out information regarding Deputy Hopkins’ death has been strategic health information within the state. He has been the youngest COVID19 death in Colorado, and through medical information provided by family and the agency, there were no known underlying medical conditions. Getting information out regarding his age and good health before his passing away from the virus, educates the public. This disease has serious implications this virus has for all citizens. It points out that social distancing, hand washing, and other methods of prevention are severe matters because this virus doesn’t know age, race, or political affiliations.

National law enforcement officials are saying that citizens should be ready for a disruption in two essential services. The two primary functions within the criminal justice system: 911 calls being answered quickly and a defendant’s right to a speedy trial. Many counties and local agencies are working to ensure that they can maintain public safety standards in this far-reaching pandemic.

Officers face genuine dangers in their daily occupations. Now the added threat of this invisible virus, law enforcement often must make necessary decisions between enforcing the law or protecting their health. They also realize each day they go out to protect all of us; they are not only putting themselves on the line but could risk the exposure of their family to this voracious disease.

The agency is responsible for the public safety of an area that covers 2,130 square miles and currently holds a population of over 640K citizens. They handle this massive responsibility with having 524 sworn officers and more than 260 civilian employees. The department also oversees both the Criminal Justice Center as well as the Metro Detention Facility.

Mourning During a Health Crisis

Hopkins left behind his wife and parents. He left behind his family in blue and the citizens of El Paso County. Many families, including law enforcement families, are facing a tremendous time of loss during this health crisis. There are lines of refrigerator trucks to hold the many who have passed from this epidemic. Many funerals are delayed, and extensive services that once honored those who served law enforcement have been postponed.

Colorado Governor Jared Polis expressed his condolences in a statement. “My condolences go out to Deputy Hopkins’ family. Deputy Hopkins spent his life serving his community and working to make our state a better place. This health crisis is an incredibly difficult time for our state. It is even more so for those who have lost a loved one. Each tragic death from Coronavirus is a stark reminder of why we need to stay at home. We can’t thank our first responders and law enforcement enough for serving on the front lines, demonstrating in this crisis and every day their dedication and sacrifice.”