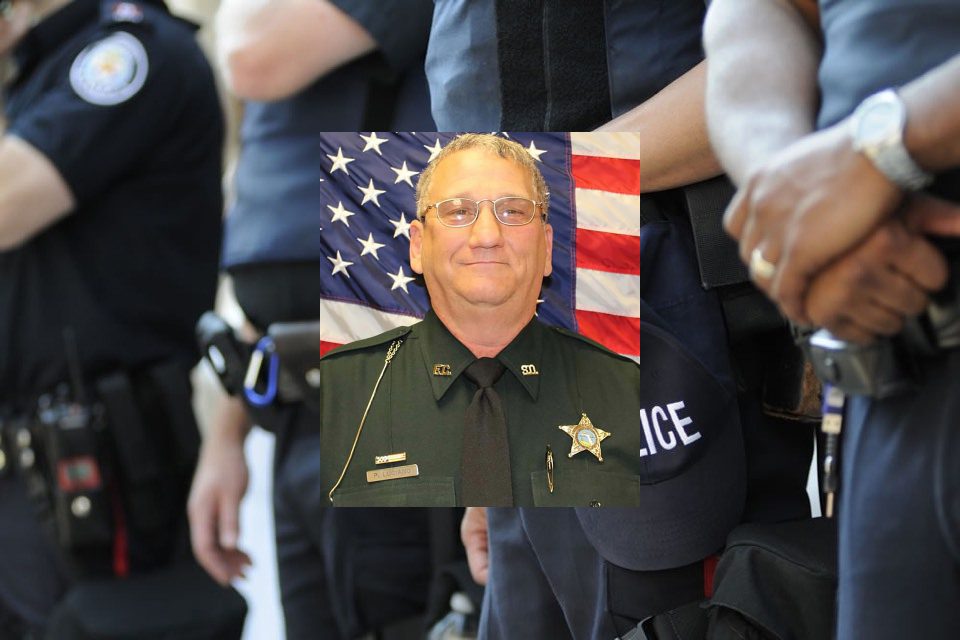 On Thursday, August 26, 2021, the state of Florida lost a veteran deputy from its ranks due to the coronavirus pandemic. Hundreds of officers across the country have died due to COVID19. The virus has taken the top spot of the cause of line of duty deaths among law enforcement officers.

Deputy First Class Paul Luciano, badge number 927, died due to complications of the virus. He likely contracted the virus while performing his duties as a law enforcement officer. His most recent assignment was at the Sheriff Perry Hall Inmate Detention Facility. He had been providing security in the corrections area of the jail, located in Bunnell, Florida. Deputy Luciana was 60 years old.

Luciano had worked hard to become an officer. He worked for the Flagler County Sheriff’s Office for over 25 years. Many in the department will be mourning this tragic loss of a dear friend and colleague. During his time with the department, Luciano has touched many lives both around the county and at his employment. In addition, Luciano was a veteran of the department. The amount of knowledge a 25-year officer has on a community is priceless and irreplaceable.

Luciano understood the risks to his life and his family and still chose to be a hero and protect his community by doing his job. Officers face many dangers on the job, and a year of facing an invisible threat has been terrifying for some. These officers put their health on the line but also risk that of their families as they could bring home the virus and spread it throughout their household.

Flagler County was created and designated in 1917 by Florida Governor Sydney J. Catts. Flagler today is the idea of how Main Street America should look. The tourists come and enjoy the “old Florida” lifestyle with shops along the beachfront. The local courthouse, which the Flagler County Sheriff’s Office provides security for, was built in 1924 in a classical revival style.

Before Flagler County had a jail in the early days, the sheriff would hold, house, and feed prisoners in his own home.

Deputy First Class Paul Luciano leaves behind his wife, two children, and four grandchildren. The family will need the prayers and support of the community to help them through this tragedy. Honor guards from area law enforcement agencies, including Flagler County, will help provide ceremony, honor, and gratitude from the community for the loss and sacrifice made by the Luciano family.

Sheriff Rick Staley shared how hard it was to keep informing his department that the state was losing nearly an officer a day to this deadly disease. “Across the state of Florida, it’s probably almost one a day of law enforcement officers that are dying from complications of Covid. I can’t tell you how many notifications to our team that we have put out. It’s a tough day for our agency; it’s a tough day for deputy Luciano’s family. It was something as sheriff I hoped I’d never lose a deputy in the line of duty, and unfortunately, that occurred today.”