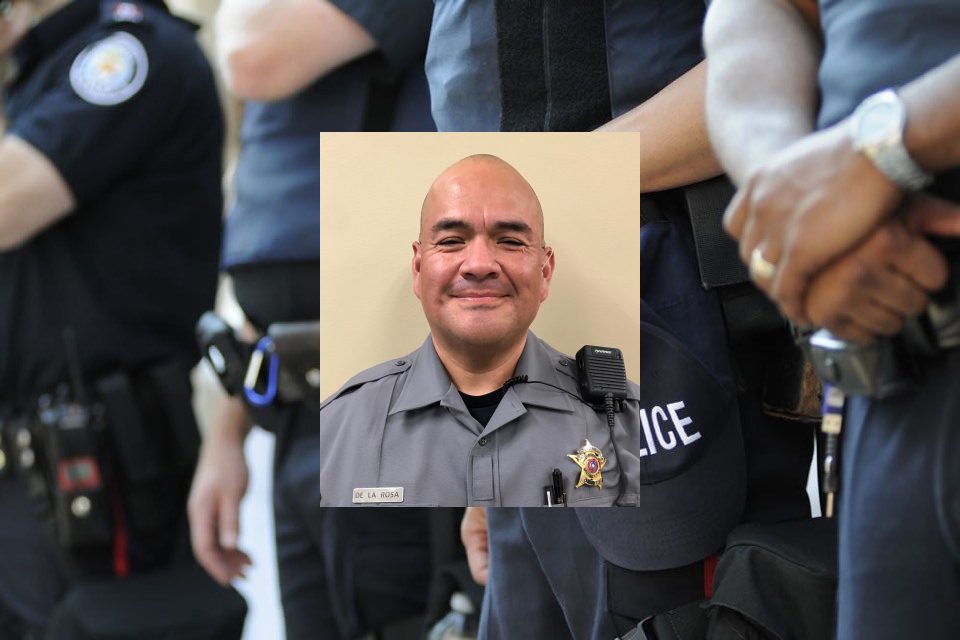 Texas Constable Dies Due to COVID19

Texas, as a state, has been hit especially hard by the coronavirus pandemic. They have lost more law enforcement officers to the virus than any other state in the US. Deputy Constable Manuel Phillipe De La Rosa, also known as ‘Manny’ by his friends, died of post-COVID complications on Tuesday, February 16, 2021, in Austin, Texas. He was 51 years old.

It was determined that De La Rose likely contracted the virus during his duties delivering court documents to area residents through contact tracing. De La Rose was a proud member of the Hays County Constable’s Office, where he wore badge number 8203.

A genuine leader, De La Rosa dreamed of becoming a police officer. He graduated from McCallum High School in Austin, Texas. He then pursued a sociology degree from the University of Texas. De La Rosa received his Peace Officer Certification in May 2006.

After he began his position with the Hays County Constable’s Office, he had spoken about his future. De La Rosa’s own words were that his new job had “opened his eyes to another way he could serve his community, and he was looking forward to running for public office in the near future.” We will never know what difference he could have made for others.

The position of ‘Constable’ is not available in every state. What does it mean to be a constable? What is the difference between a constable and a police officer?

De La Rosa enjoyed his position with the Hays County Constable’s Office. He was assigned to Precinct 2. Hays County has five individual precincts. Today, a constable has various duties. Deputy Constables serve as the Bailiff in Justice Court. They are also responsible for administering and executing Civil Process and Civil Court orders. Constables have the same authority as police officers meaning they can write tickets, make arrests and file criminal charges.

COVID19 has brought devastation to the lives of many Texans, many Americans. Worldwide the numbers lost are too staggering to comprehend. Deputy Constable Manuel Phillipe De La Rosa leaves behind his daughter, father, and sister. He also had many colleagues he thought of as family. It will take the entire community’s support to honor the sacrifice made by De La Rose and help the family through their time of need.

The Fraternal Order of Prince George’s County Police shared the announcement of the loss with area residents on their social media pages. “Our thoughts and prayers go out to the family, friends, and comrades in arms of Deputy Constable Manuel Phillipe De La Rosa of the Hays County Constable’s Office – Precinct 2, Texas.”