In Memory of Deputy Clifford Dicker 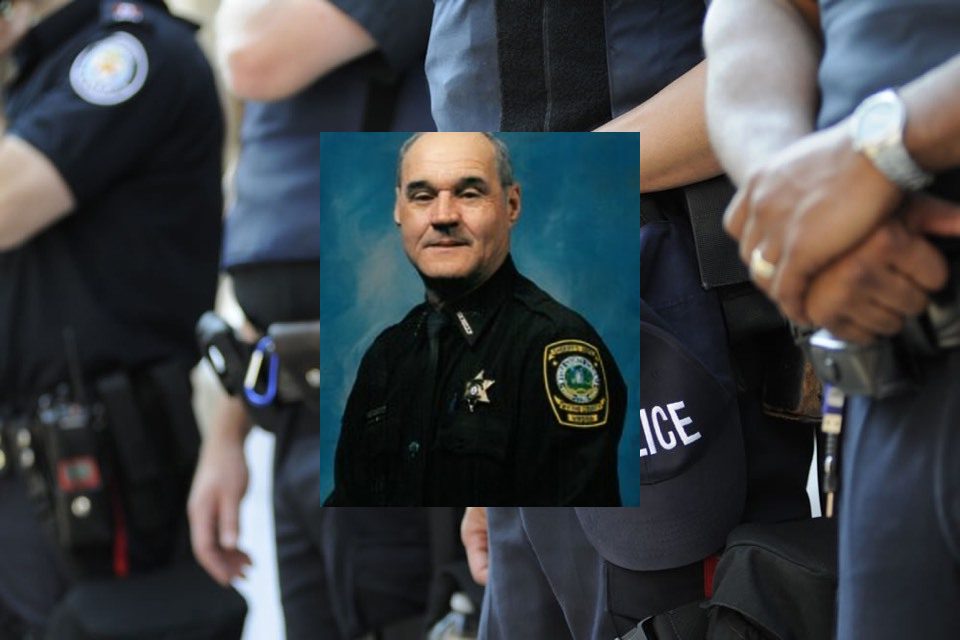 The City of Wytheville, Virginia is a tiny hub among the Blue Ridge Mountains that connects two major interstates, I-77 and I-81, is the crossroads between Southern Virginia, and Eastern Tennessee, and with it comes a litany of outdoor and indoor events that any large city would find difficult to compete with. From the Chautaugua Festival, to theatre, you can find most everything in Wytheville, all within a five-minute drive of downtown. Wytheville has an important history in the Civil War, and has always been stop along the way for commerce of all kinds. In modern time, Wytheville is a big reason so many consumer goods are making record time getting from distribution centers on either side of the Appalachians, to markets on the opposite side. It’s not something you spend a lot of time thinking about, but if you live on the east coast, there’s a good chance things you’ve purchased from Amazon, all the way to independently owned online retailers has stopped in Wytheville, on its way to you. We encourage you to visit this lovely town, and stop by Big Walker Lookout, a 100-foot tall observation tower several miles north, that gives you one of the best views of the Blue Ridge range, and has been captured in photographs so many times. To see it in person however is a whole other experience.

Deputy Dicker was a 14-year veteran with the Wythe County Sheriff’s Office, and all that knew him speak to his fairness, impartial nature, and respect to duty. Frankly, these are all qualities we should all embody, but we can agree it can be a challenge to call upon them every minute of every day. And yet, Deputy Dicker managed to it, and make it look effortless. While some people knew about Deputy Dicker’s history, what was not so commonly known at the time, was that his first wife passed away in 1987, in which they had three children. He married Beverly “Sue” Swecker a year later, and helped raise her two daughters, in addition to still being an active father and role model to his own three children. Imagine balancing all that as a Sheriff’s Deputy?

On December 6th, 1994, Deputy Dicker was given a task of serving court papers on a 15-year old male, by the name of Christopher Shawn Wheeler. Wheeler, who has a long criminal history as a juvenile, also came from a tragically broken home. Actually, we should say homes. Because Wheeler’s parents were so derelict in their duties, he was passed from family member to family member, all of which had varying issues with substance abuse, violence, and even serious gun crime. We can surmise quickly that Wheeler was given very little chance to succeed due to the influences in his life. However, his way of dealing with his problems, whatever they were, seemed to suggest that he was fine with how his life was, and that he felt carrying on these horrendous traditions would be just fine.

On the day in question, Deputy Dicker arrived at the house to serve the papers to Wheeler, which would mean that Wheeler would have to be taken into custody to appear for a hearing the following morning. Wheeler had been out hunting prior to Deputy Dicker’s arrival, a common occurrence in the region, and Deputy Dicker, being the consummate professional and gentleman he was known for, permitted Wheeler to change out of his hunting clothes before the drive to juvenile detention. Instead, Wheeler took this opportunity to step out of place in the hallway, and then re-enter the living room of his residence, .22 caliber rifle stock on his shoulder, and fired the weapon, striking Deputy Dicker in the head. Deputy Dicker was seriously injured, but still alive. Deputy Dicker became too weak to fight from the trauma he was experiencing, and Wheeler took full advantage, removing Deputy Dicker’s service revolver from his holster, and executing Deputy Dicker on the floor, shooting him two more times.

Wheeler was later taken into custody, and made a statement to investigators that confirmed these facts in the event, but the statement was later removed from court proceedings, under the qualification that Wheeler had no guardian present to look out for his best interests during the statement, even though the statement was voluntary. Remembering the year this happened, this was still a time when juvenile rights in criminal matters were not as fully addressed as they are now, and since it was well-known at the time that Wheeler qualified to be tried as adult, one can conclude soundly that the investigators were doing exactly as they had been trained, which was treating Wheeler’s situation as an adult case, which would mean Wheeler could decide to talk on his own, or not, regardless of guardian being present.

But more important than procedure is the fact that two families were certainly changed for the absolute worst on that December evening in Wytheville. In the end, that is all that really matters in this situation.

We write to you about Deputy Dicker urgently, because right now you can make a difference in his case. Wheeler was tried and convicted as an adult. His sentence was 43 years. He received 40 years for Second Degree Murder, and three years for the Use of a Firearm in the Commission of a Felony. This would mean that Wheeler will be released from prison in 2037. However, he continues to be up for parole. Here at CaseGuard, it is troubling to think even a juvenile could carry out such a heinous assassination, and would have a sentence that involves any type of parole. Surely, Wheeler will eventually be released from prison, this is not debatable. But from our perspective, there simply isn’t cause to parole someone that not only ambushed a law enforcement officer who was being decent, kind, and courteous to a young man making a series of bad decisions with his life already, but to then remove a secured firearm from the officer, and use that to execute Deputy Dicker is completely reprehensible. Had Wheeler been three years older, the death penalty would have been a serious option. Why on earth would anyone even provide the option for early release to someone who had freedom and abused it so poorly, that they believed their only option was to murder a law enforcement officer? It is truly a strange criminal justice system, one that has carried out more decent and courteous behavior to a criminal, and not the victims of this crime. Not only did we lose Deputy Dicker, the peace officer, but Sue Swecker lost her husband. Karla Turman, the Vice President of Virginia’s Concerns of Police Survivors, along with her four siblings, lost their dad. And considering the quaintness of Wytheville, can you begin to imagine how many other community members were terribly affected by the loss they encountered this one night?