In Memory of Deputy Chief Vincent A. DeMarino 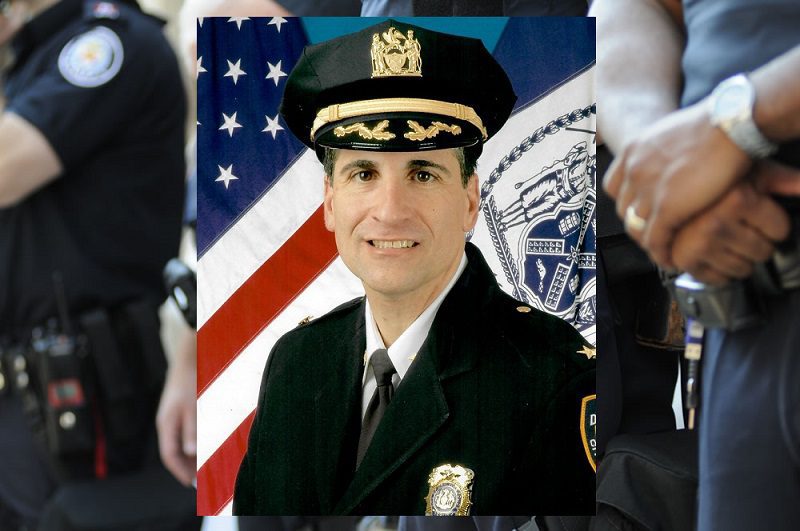 On December 6, 2019, Deputy Chief Vincent A. DeMarino ended his battle with cancer. He had fought bravely; however, cancer spread quickly and took his life within one year of being diagnosed. Like many first responders in New York City who answered the calls during the 9/11 terrorist attacks, the cancer was due to his willingness to face danger to put other lives ahead of his own.

Today, the attacks that occurred on September 11, 2001, is continuing to take lives. We don’t know how many more lives this terrorist attack will take from American families. There have been nearly 3,000 victims of the attack, and of those, more than 420 were first responders who went rushing into burning buildings and dangerous debris to save other lives. Deputy Chief Vincent A. DeMarino was a New York City Police Officer who responded when there were people in need of his help.

On September 11, many lives were lost when terrorist hijackers crashed hijacked airplanes into their targets of the World Trade Center towers in New York City and the Pentagon in Arlington, Virginia. Another plane did not reach its intended goal but crashed into a field near Shanksville, Pennsylvania. Many first responders rushed into action to save lives, and on September 11, a total of 72 officers from local, state, and federal agencies died trying to save others.

It is estimated that due to officers like Deputy Chief DeMarino and others who put others before their safety, more than 25,000 lives were saved. It was a coordinated effort as police, fire departments, and EMS workers came together and put their own lives at risk and put all their years of training to work to save so many lives. Today, more than 18 years later, these same heroes are suffering the consequences of their health and shortened life spans.

A study examined the health of 29,000 individuals who enrolled in the World Trade Center Health Program. The program is available to offer health care and medical monitoring to survivors and responders of the 9/11 terrorist attacks. The study shows that among these survivors, there was a high prevalence of cancers, respiratory illnesses, mental health issues, and other traumatic injuries. The study included first responders as well as other survivors and clean-up workers, such as construction and telecommunication workers.

The study group has had a higher rate of multiple types of cancers. These have included prostate, thyroid, and leukemia. Recently, cases of mesothelioma have begun to appear, a kind of cancer that is asbestos-related and can take many years to develop after initial exposure. Of those who have developed diseases in the WTC Health Program, the top ten types of cancers are:

Deputy Chief Vincent A. DeMarino served with the New York City Police Department for 27 years. Deputy Chief DeMarino was assigned to the NYPD Bronx Narcotics Unit and responded immediately when the call came through regarding the terrorist attacks on the World Trade Center. He rushed in when others were fleeing the scene to save as many lives as he could.

He started out working as an officer on the transit beat. He was steps away from ‘ground zero’ when he met his future wife while sitting on a park bench. He was a beat cop; she worked on Wall Street. Roy Richter, who is the president of the NYPD’s Captains Endowment Association, wrote of his passing on Twitter. “9/11 cancer has taken another hero from us. Vinny served the NYPD proudly.”

His wife and his four children survive Deputy Chief DeMarino. His example as an NYPD hero impacted their lives in many ways. Most importantly, in his leadership and influence over their choice of careers. Three of his four children now work for the New York Police Department. His fourth child, still striving to fulfill the example set by the Deputy Chief, is currently working for the U.S. Department of Homeland Security. His family, friends, and fellow blue family members, all mourn the loss of a great NYPD hero.