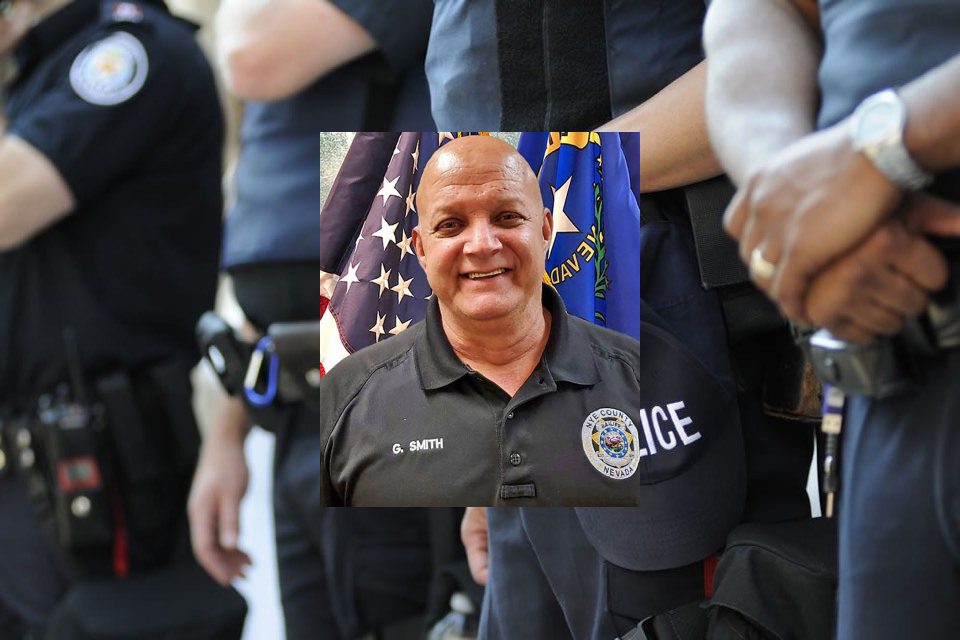 The Pahrump Justice Court, located in Nye County, Nevada, has recently suffered losses due to COVID19. On Monday, January 18, 2021, Court Bailiff Gerald “Bear” Smith passed away due to complications of the coronavirus. During the same tragic week, the Pahrump courthouse also lost Deputy District Attorney Don Chairez. Losing two great civil servants in one week was devastating to the residents of Nye County.

Smith was born in California but moved to Pahrump, Nevada, in 1992. On arriving, Smith became a law enforcement officer, and by 2004, Smith became POST certified. After receiving his certification, Smith helped establish the local drug court program. His life and legacy changed the community and helped many families in the area.

Bailiff Smith spent his entire law enforcement career working at the Pahrump Justice Court, which serves the Pahrump, Nevada area. The name Pahrump came from the original inhabitants of the area, the Southern Paiute. The Paiute had a word for the region “Pah-Rimpi,” which meant water-rock. There are many artesian wells in this area of Nevada. The word eventually changed with the English accent that arrived in the area and began farming the lands.

Pahrump is unique in that the entire area had no telephone service until the mid-1960s. The courthouse serves an area of Nevada 18,199 square miles and helps assist nearly 50,000 Americans.

Today, due to the service given through Smith’s work and life, the Pahrump Justice Court has a new name.

The family of Bailiff Smith has chosen to allow his life and work to speak for him. The community has supported them in their grief. In May 2021, the Nye County Pahrump Justice Court was renamed the Gerald “Bear” Smith Courthouse to honor his community service for so many years.

Eric Schlener, a fellow court bailiff, was devastated by the news of the loss of his friend and coworker. “I actually teared up when I heard about Gerald’s passing. Bear was a great guy, and I’ve known him since I arrived here two years ago. He was a very stand-up guy, and a lot of people in the community knew him. I have never heard anything negative about him. He had a great sense of humor, and I love hanging out with him.”

Fellow Bailiff Jemele Taylor had worked with Bailiff Smith for more than five years. “It was definitely a shock, and Gerald was a good guy, very respectable and very well-liked. It’s very tough when things like this happen, and it’s even tougher to process, especially when you talk to someone every day, and one day, you can’t talk to them anymore. It definitely hit the courthouse hard. I’ve known Bear ever since I’ve been here for the past five years. Obviously, we talked to each other pretty much every day, and I learned a lot from him being a bailiff myself. When I first came on, he showed me the ins and outs and the dos and don’ts that come with the job, and I am really thankful for that. My prayers go out to him and his family.”

Justice of the Peace Kent Jasperson was entirely stunned by the loss. “When I was with the sheriff’s office several years ago, he was working as security at Saddle West. He then came to work over here at the courthouse. He worked for Judge Lane, he worked in the drug court, and then when I got elected and took the bench in 2009, he became my bailiff, which was about 12 years ago, and he has been my bailiff ever since. It was quite a shock when he passed away, and it’s something that’s going to be hard to deal with. He was a great guy, and he would do anything to help anybody, and he would actually go out of his way to do whatever he could do for people, but he also did his job as it was required of him, and he did it with compassion. He was very caring and concerned about people.”