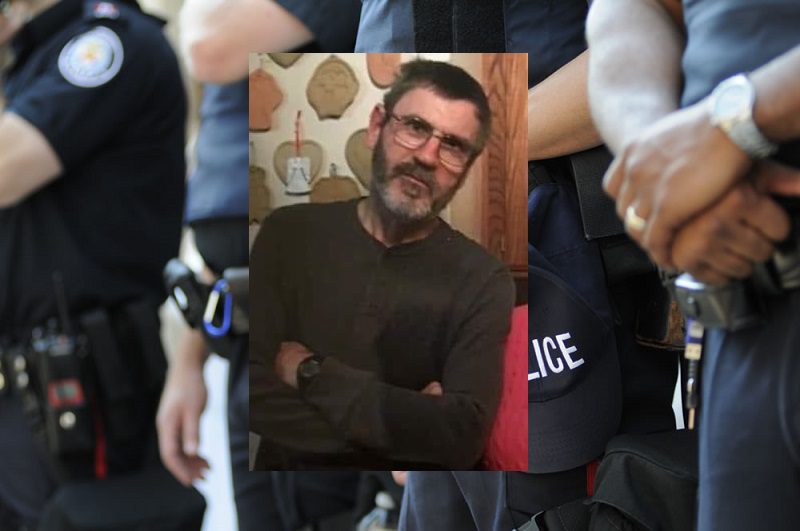 Officer Robare woke up with a severe headache and a fever on April 22. He went in for testing for COVID19 at the Wyandotte Health Department, where he received positive results two days later. Robare is the first known death in the KDC. The department had reported the loss of a staff member on May 11 but had not released his name due to privacy concerns. Robare’s wife, Susan Robare, came forward.

In a released statement, Kansas Corrections Secretary Jeff Zmuda had this to say about the tragic loss. “Our staff put themselves on the frontlines every day, but especially during this pandemic. We extend our deepest sympathy to his family and to those who worked alongside him for so many years.”

Officer George “Bernie” Robare is survived by his wife, Susan, and daughter, Rachel. Susan had been disappointed in the KDC and the lack of protection provided for staff. According to her statements, the virus had been known to be inside the facility since March 31. Susan Robare, in her disappointment, had this to say about the responsibility of the KDC. “They should have stepped up sooner. I feel that once we knew it was in the area, that things should have been handled differently.”

Rachel Robare, who lost her father to the virus, spoke out to the community-at-large. “I feel like this has stolen something from me that I can’t get back, and people need to realize it’s not about you. You have to protect the other people in this country.”

Many officers and first responders across the country have lost their lives during this pandemic. We can choose to honor their lives by remaining vigilant, wearing face masks, and practicing hand-washing. These times are difficult for all of us, so we should all learn to practice forgiveness, kindness, and gratitude as we all work through our losses and work to get through these difficult times.

The Kansas Department of Corrections employed Robare. The agency manages all of the state’s correctional facilities for juveniles and adults. Headquartered in Topeka, Kansas, the department oversees the state’s parole system and the state Prisoner Review Board.

The KDC maintains approximately 3500 employees to cover their twelve correctional facilities. Eight are adult prisons, three are smaller satellite locations, and there is one juvenile facility in the state.

Corrections Officer Robare likely contracted the virus at his post, which was at the Lansing Correctional Facility. As one of the oldest and largest correctional facilities in the state, the Lansing Correctional Facility is located in Leavenworth County, Kansas. The facility houses minimum to maximum-security inmates. With the ability to contain more than 2400 male inmates, it is divided into two units. The Central Unit has both the medium and maximum-security prisoners, while an East Unit houses those who are allowed minimum security supervision.

The facility provides educational and vocational programs for all inmates to learn new skills for employment once released. There are also programs available for sex offenders, and drug treatment should inmates require it. The goal is to help those incarcerated to be prepared to become better citizens when released to avoid the cycle of returning to a lifestyle that would cause them to commit further crime.