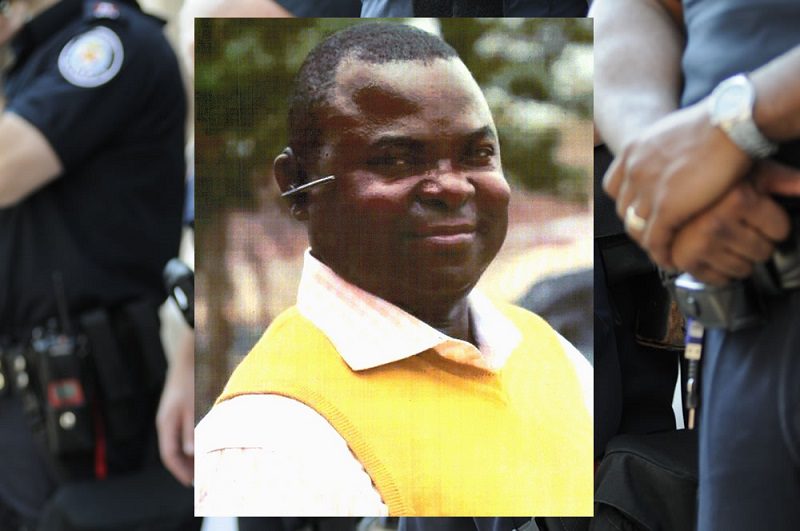 The Texas Department of Criminal Justice has announced the loss of yet another officer to the COVID19 pandemic. On Thursday, June 11, 2020, Corrections Officer V Thomas Adedayo Ogungbire passed away from a long, hard-fought battle with the virus. Ogungbire was 54 years old and had served with the department for ten years.

On April 14, Officer Ogungbire called in sick to work, experiencing symptoms that were possible coronavirus. Tests returned the following week that were indeed positive. He was eventually hospitalized for his symptoms and, due to need for more intensive treatment, was moved to Baylor Hospital in Dallas.

Officer Ogungbire fought hard against the virus. It was believed that he would survive. He had been making significant progress and was taken off of additional oxygen supplements. After such a long battle, everyone was feeling relieved. He suddenly took a turn for the worse and died from complications. His death is under investigation, to learn more about how this virus takes lives so suddenly.

There have been eight Texas Department of Criminal Justice employees who have died from the COVID19 pandemic this year.

The State of Texas passed a ruling in 1848, “An Act to Establish a State Penitentiary.” This act created an oversight board and management system for the building and maintenance of prisons and jail systems across Texas. The first prison was built in Huntsville, Texas.

The latest legislative change was to form the Texas Department of Criminal Justice, which occurred in 1989. The department has more than 37,000 employees and manages the prison system with a working budget of over 3.3 billion dollars a year. Today, Texas has more than 100 prisons in its state system, which does not include any federal prisons that are also in the state of Texas.

Corrections Officer Ogungbire was recently assigned to the Hutchins State Jail, which is located in Dallas, Texas. The jail is a mixed custody facility that houses offenders from minimum to maximum security. It also holds inmates who are still awaiting trial. The total capacity for the facility is 2,276 inmates.

Offenders who are at the Hutchins State facility, have access to primary medical and dental care. They may also seek mental health services. Inmates who have drug problems can also get help through drug treatment programs on their own, or through court-ordered treatment.

A section of the facility operates as a regional release site. It is set up similar to a half-way house. Those who have finished serving their time can be reacquainted with and released into society. Along with medical services, the facility also offers a variety of educational programs. These programs are designed to give offenders a better option for their lives once they are released.

His family commented that Ogungbire had been a great father, a faithful Christian, and an exemplary employee.

The Texas Department of Criminal Justice Executive Director Bryan Collier made a brief statement regarding Ogungbire and his long fight to survive against the virus. “Officer Ogungbire could not have fought harder, and we had prayed that he would win his fight. Losing someone you hold dear has no measure. The fact that Officer Ogungbire fought so hard for so long makes that even tougher. We can only hope that the thoughts and prayers of the TDCJ family are some comforts to his friends and family.”

The International Association of Chiefs of Police (IACP) posted their condolences on their social media. “Our thoughts go out to the family, friends & colleagues of Corrections Officer V Thomas Adedayo Ogungbire, Texas Department of Criminal Justice, Texas.”