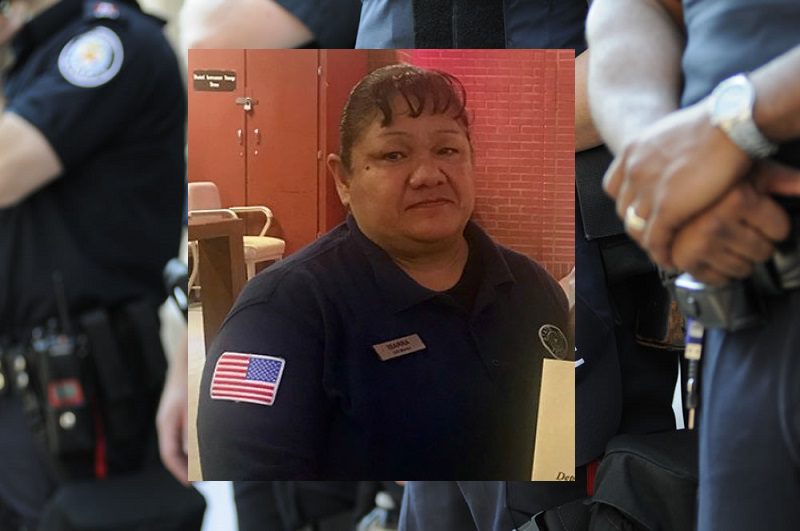 It was Saturday, May 9, 2020, when the Texas Department of Criminal Justice lost yet another corrections officer to coronavirus complications. Corrections Officer V Maria Mendez, age 59, has died from exposure to the virus at her position at the Wynne Unit in Huntsville, Texas. She had served her community through the Texas Department of Criminal Justice (TDCJ) for almost 11 years.

Officer Mendez was hospitalized when she found herself short of breath just after her shift on April 12. It was discovered that she had a cough and also a slight fever. On April 15, she was moved to a hospital in Houston. When she arrived in Houston, she was placed on a ventilator in intensive care. During her treatment, she was tested, and it returned a positive result for COVID19.

Officer Maria Mendez lost the battle against the coronavirus on May 9. She passed away on the same day as another Texas Corrections Officer, from another Unit, Officer Jessie Bolton.

Bryan Collier, TDCJ Executive Director, said this in a brief statement regarding the loss. “Even in these unprecedented times, there are moments that are especially jarring. Losing an employee is difficult, but learning of two deaths in a single day is unthinkable. The thoughts and prayers of the entire agency are with all the family and friends of both Officers Mendez and Bolton.”

Texas, as with all Americans, has been mourning great losses due to COVID19. Texas, as a state, has over 100 correctional facilities for adults. The suffering within the state of Texas has been great, as the virus has ravaged the Texas prison system. This infection does not only include inmates, but also employees, families, and their communities.

As of mid-May, the TDCJ has lost seven employees to coronavirus. There have been up to 30 deaths of inmates that have been connected to the virus, while more than 20 additional deaths are still being investigated.

The TDCJ has yet to fully implement a complete testing program but has had some employees and inmates with symptoms tested. As of May 10, more than 580 employees have tested positive, and nearly 1500 prisoners. Texas has more than 20,200 offenders on medical restriction because of suspected symptoms or possible exposure to the virus.

On May 12, the TDCJ formed strike teams of medically trained strike teams to begin systematic testing of all employees and inmates. A total of twelve strike teams have been developed. Over 1500 tests were performed in just the first few hours after the strike teams began.

Before starting, over 650 employees are positive, a rapid jump in just the previous two days. As of May 12, 1733 inmates confirmed positive – a jump of over 200 inmates in two days. The TDCJ affirms that there have been nearly 100 employees who have recovered from the virus and more than 370 offenders.

Officer Maria Mendez was assigned to the Wynne Unit in Huntsville, Texas. This unit has a long history in the state of Texas as it opened in 1883. The current facility has been in place since 1939.

The John M. Wynne Unit can house over 2600 inmates. It is considered a medium-security facility. The inmates are permitted to work a variety of jobs, learn new skills, and gain self-improvement skills through self-help programs.

Children Left Behind – A Mother Lost

Maria Mendez left behind four loving children. The death of their mother is a great loss for her family. Thousands of law enforcement officers across the country have contracted this virus, and many have lost their lives. Families everywhere are facing difficult challenges as loved ones, heroes, and leaders are no longer there to show them the way forward.

Zechariah Cartledge, a 12-year-old Florida boy, has been working to raise awareness about the sacrifices made with the lives of first responders. He has focused his attention on fallen law enforcement officers. Raising funds through running a mile for every fallen officer, Zechariah hopes to find a way to provide $100 to every family who has suffered a loss. He knows it is not a large sum of money, but it can help in some small way.

He has dedicated a special run to honor the life of Officer Maria Mendez. At each event, he gives some information regarding the fallen officer, then stops to say a prayer for their family. He then runs the mile carrying a large blue line flag. His organization can be found on Facebook under Running4Heroes.

Officials were stunned that the area had lost two officers at once in a shooting. On April 28, 2021, Sergeant Chris Ward, age 36, died from gunshot wounds while on duty with the Watauga County Sheriff’s Office.

Delmar Police Department’s Corporal Keith Heacook, age 54, died from complications of his wounds sustained on April 25 when he was assaulted.

Police Officer Anastasio Tsakos died on Tuesday, April 27, 2021, due to the actions of a drunk driver.

On Thursday, April 22, 2021, Texas officials came forward again to inform the public that another local law enforcement officer had been lost to the virus. This time a young man 33 years of age. Deputy Sheriff Alexander Gwosdz.