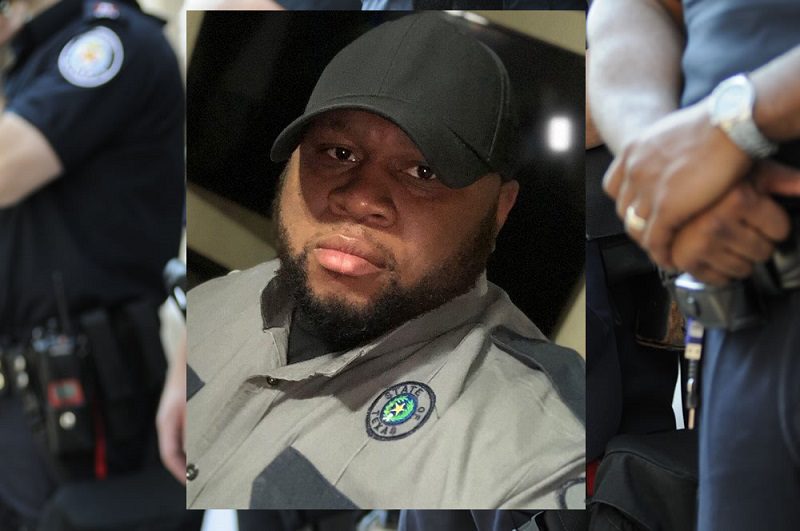 Corrections Officer V Eric Johnson, 37, passed away on Monday, July 27, 2020, one day after being admitted to the St. Joseph’s Hospital after testing positive for the Novel Coronavirus, COVID-19. CO Johnson was one of many among staff and inmates exposed to COVID-19 during an outbreak at the Byrd Unit in Huntsville, Texas. Having served with the Texas Department of Criminal Justice for 18 years, CO Johnson gave the ultimate sacrifice. He is survived by his wife, Charity, four children, and his parents. CO Johnson was known for always having a smile, giving words of encouragement, and his outgoing personality. People who knew him liked and respected him, and his death impacted many people in the community.

The TDCJ Executive Director, Bryan Collier, commented on his passing and the significant contribution he and his family have made in service to the state of Texas. “The Texas Department of Criminal Justice is thought of as a family. We work together, protect together, and now mourn together. This loss is even greater because it affects so many. Officer Johnson’s wife, father, step-mother, uncle, and sister-in-law all are TDCJ Officers. Our thoughts and prayers are with the entire family. We thank all for their service. Eric Johnson will not be forgotten.”

James H. Byrd Jr. Unit is a Texas Department of Criminal Justice (TDCJ) men’s prison in Huntsville, Texas. It is situated on 93 acres and was founded in 1964 just 1 mile north of Downtown Huntsville. The TDCJ got its name from James H. Byrd, a former prison warden. The facility is utilized as TDCJ’s central prisoner triage in Huntsville. Once prisoners go through the intake process, they are sent to their next destination, such as life without parole facilities, and male death row prisoners end up at the Allan B. Polunsky Unit. In contrast, female death row inmates are routed to the Mountain View Unit.

As of August 1, 2020, according to the Federal Bureau of Prisons website, there were a total of 2,308 federal inmates (out of 142,401 combined total of BOP – managed institutions and community-based facilities), and 503 prison staff have tested positive for COVID-19. Thankfully, 8,253 inmates and 708 staff members have recovered from COVID-19, but sadly, there have been 105 federal inmate deaths, and several staff member deaths attributed to COVID-19 complications.

Byrd Unit Assistant Warden Michael James spoke highly of Officer Johnson, his work ethic, and his optimism. “Officer Johnson was best known for having a constant smile, positive word of encouragement, and an over the top personality. He was well respected and liked by everyone whom he came into contact with. The passing of Officer Johnson is a great loss to the Byrd Unit; he will be sorely missed and always remembered.”

Corrections Officer Eric Johns lived and worked in Huntsville. He served his community by being an outstanding citizen and becoming a corrections officer. Huntsville has hot and humid summers with mild to cool winters and is the County Seat of Walker County, Texas. Huntsville became a dot on the map in 1836, when Pleasant and Ephraim Gray opened a trading post. Ephraim became the first postmaster in 1837 and named it after his hometown, Huntsville, Alabama.

With a population of nearly 35,000 residents, Huntsville is located about 70 miles north of Houston. Huntsville is the home to HEARTS Veterans Museum of Texas, Sam Houston State University, and the Texas Department of Criminal Justice (TDCJ). According to records from 2005, TDCJ was the largest employer in Huntsville, which also employed several members of Officer Johnson’s family. Huntsville has mixed art and cultural scene with facilities that include museums, art galleries, historic sites and homes, artists’ studios, cultural events, theaters, and festivals.

Many other agencies and individuals have posted their grief, respect, and acknowledgment of the service given by Officer Johnson and his family.