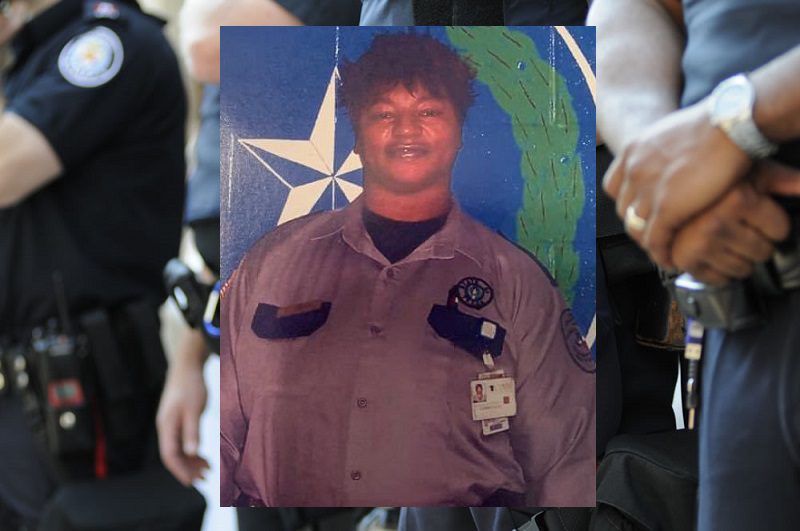 The corrections department in Texas has been hit hard by several employees who have been lost to COVID19. Corrections Officer V Elizabeth Jones, age 59, died on Saturday, August 15, 2020. She had suffered from complications of coronavirus. Jones is suspected of contracting the illness on the job as there was a massive outbreak at the Carol Young Medical Facility, where she was last assigned.

Officer Jones worked hard to provide safety and prosperity to her community through her work with the Texas Department of Criminal Justice. She spent her career as a corrections officer; for over 18 years, she worked as a civil servant in Texas correctional facilities.

The TDCJ is the department that manages and rehabilitates inmates. The agency is responsible for all criminal justice services within the state of Texas. The TDCJ controls and operates the most extensive prison system in the world.

Headquartered in Huntsville, Texas, the agency is one of Texas’s largest employers. It has approximately 37,000 employees. The Texas prison system has been a feature in many western movies and reports by the press. In 1921, George W. Dixon wrote a statement describing the Texas prison system in The Prison Journal. At the time, Dixon reported that Texas prisons were among the ‘most brutal’ in the world.

Today the TDCJ is fighting the battle to improve their image in the wake of this reporting. It faces overcrowding and other inmate violence. In the last several months, Texas prisons have become the countries battleground for the COVID virus. They have lost many career officers, staff members, as well as inmates to the virus. Communities surrounding Texas prisons are also becoming hot spots for the virus.

It is believed that Officer Jones contracted the virus at her latest assignment at the Carol Young Medical Facility. The facility is located in Dickenson, Texas, which is part of Galveston County. The facility began treating inmates or housing them in 1996. It is a co-ed facility that holds both men and women.

The medical facility holds prisoners in a pod-like facility. It has three separate dorm rooms for female inmates and provides top-quality health services to pregnant inmates.

Officer Elizabeth Jones leaves behind a lifetime of memories to her family. Her husband and two daughters survive her. The corrections department, faculty, and other officers grieve with her family and friends.

Carol Young Unit Senior Ward made the following brief statement. “Elizabeth was loved by all and was truly the heartbeat of the unit. She was an inspiration to all of us and will never be replaced or forgotten by her fellow officers. Officer Elizabeth Jones will be missed dearly.”

Elizabeth Jones is the 19th death among the TDCJ staff members.