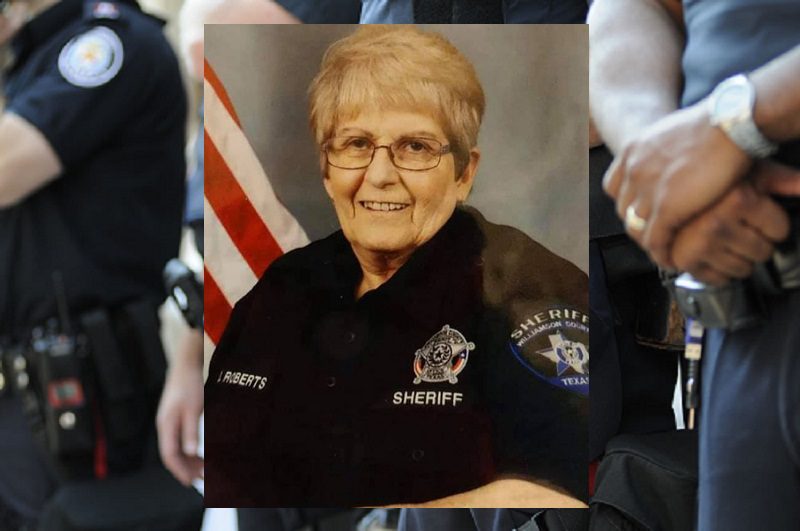 Texas has been hit hard with the number of losses to corrections officers due to the coronavirus’s widespread pandemic. COVID19 has taken the life of Corrections Officer Susan Ann Roberts, age 73, who had served with the Williamson County Sheriff Office for over 11 years. She passed away on September 12, 2020. Her death is considered a line of duty event as it is likely that she contracted the illness during a severe outbreak at the Williamson County Jail in Georgetown.

Officer Roberts worked with the corrections bureau. She helped maintain the county’s jail. She was at work when she fell ill and was hospitalized. Less than a week later, the virus had taken her life.

Roberts served as a law enforcement member for more than 11 years with the Williamson County Sheriff’s Office. The Sheriff’s Office is committed to the safety and prosperity of the local community. Sheriff Chody is proud of the department’s ‘tough on crime’ approach. They believe in upholding the residents’ high values, providing excellent protective and encouraging service to community members.

Williamson County has suffered immensely from the ravages of the coronavirus. Currently, the county reports that there have been an estimated 8,143 cases of COVID-19. There have been numerous deaths in the area, 134 total deaths from coronavirus in the community, and an estimated 7,933 recoveries.

Williamson County was established in 1848 and took its name from a local veteran by the name of Robert M. Williamson. He had fought in the Battle of San Jacinto. The sheriff’s department is also responsible for patrolling and protecting the county, which has more than 1,135 square miles to cover. The population served by the department is well over 590,000 residents.

Leaving Behind Her Family

Corrections Officer Susan Ann Roberts was the matriarch of her family. She left behind her husband, two children, five grandchildren, and great-grandchildren. Extended family, other officers, and long-time friends and neighbors join the family to support them in their grief.

Sheriff Robert Chody posted this comment. “Officer Roberts was a mother, grandmother, & a great grandmother and will be sorely missed by all.” He went on to say that Roberts had a son who was a local police officer.

The Williams County Sheriff’s Law Enforcement Association made a post in her honor on their Facebook page. “Please join us in sending prayers to the Roberts family, as well as her Wilco family in this time of mourning. She was and will continue to be loved and remembered by many at the Sheriff’s Office.”