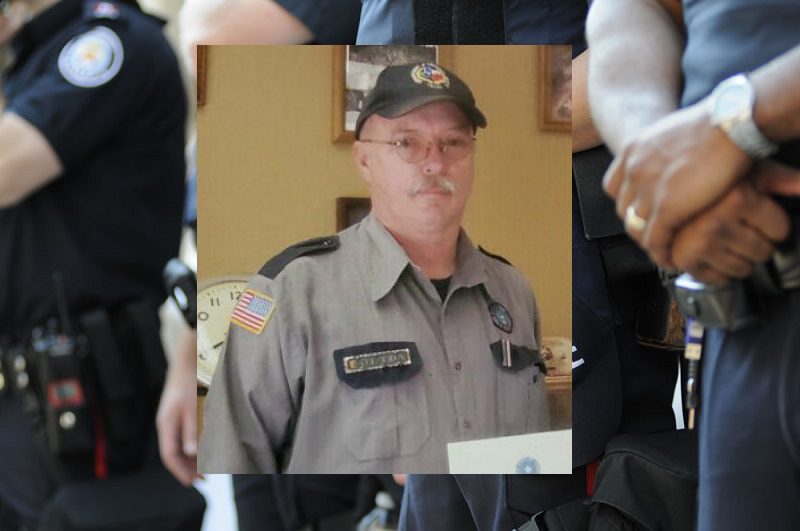 During an outbreak at the Eastham Unit, Corrections Officer V Jesse Bolton died on Friday, May 8, 2020, after contracting COVID-19. Officer Bolton had served with the Texas Department of Criminal Justice for ten years. He was 62 years old.

Officer Bolton is survived by his wife, step-daughter, and one grandchild, who was the light of his life. Bolton had attended more than nine years of secondary school through which he had earned 2 Bachelors, an Associates, and a teaching certification.

He was a quiet man in life who would retreat to his hobby farm during his time off of work. Here he had a little orchard and a lot of color through a variety of plants. One of his degrees was in Art, so he enjoyed having color around him and was eager to build a ‘paradise’ that he could leave to his granddaughter one day.

Texas has more prisons and inmates than any other state in the nation. Handling the outcome of this health crisis has not been easy. COVID19 has ravaged America’s prison systems, and Texas prisons are no exception.

Within all its correctional facilities, the Texas Department of Criminal Justice is currently undergoing an attempt to bring this health threat under control. The TDCJ will give out test kits, allowing prison inmates to self-test, through newly available kits. Currently, less than 2% of the total Texas prison population has been tested for the virus. What we do know is that as of May 12, more than 1700 inmates have been infected with the virus. More than 30 of these cases have resulted in death.

After losing several correction officers and prison administration employees, Bryan Collier TDCJ Executive Director made a brief statement regarding the new testing protocol. He looks forward to allowing the results to contribute to study the virus. Collier is working with the public and executives to end the cycle of the disease. The information collected will, “Increase the information available to our medical professionals will help us to further enhance the agency’s ability to stop the spread of COVID-19.”

Bolton had spent twelve years serving the Texas Department of Criminal Justice (TDCJ). The TDCJ is responsible for criminal justice for adults in the state of Texas. The department manages Texas prisons, both state-owned and private, jails, community supervision, and parole. Texas runs the largest prison system in the United States.

The TDCJ, as it is today, was formed in 1989. This formation was due to both the reputation of the prisons and a case that came about in 1979. Today the TDCJ headquarters are located in Huntsville, Texas. The department has more than 37,000 employees staffing the Texas prison system. Texas has more than 218,500 prisoners, equating to 1050 adult prisoners for every 100,000 citizens in the state.

The prison can hold 2153 inmates while another area can hold 321 “trusted” inmates in what is referred to as the Trusty Camp. The prison is located in Lovelady, Texas. The inmates are taught many occupation choices, but this prison does specialize in farming and meat production. The farm and other work distribution involve a team that can handle both large and small farm animals; instruction includes cattle raising, egg-laying, a feed and grain storage mill, and raising swine.

All inmates are provided with medical, dental, and other resources such as mental health help, drug addiction therapy, and more. Self-improvement is encouraged, parenting classes are given to help to promote the concept of having a better life with family after prison. Vocational courses in a variety of paths are also provided.

No matter how much a prison provides, currently, the situation is overwhelming, and the rapid spread of coronavirus is making these decisions regarding inmate safety and officer safety even more difficult. The TDCJ briefly states their condolences on the loss of every officer and inmate to this illness.