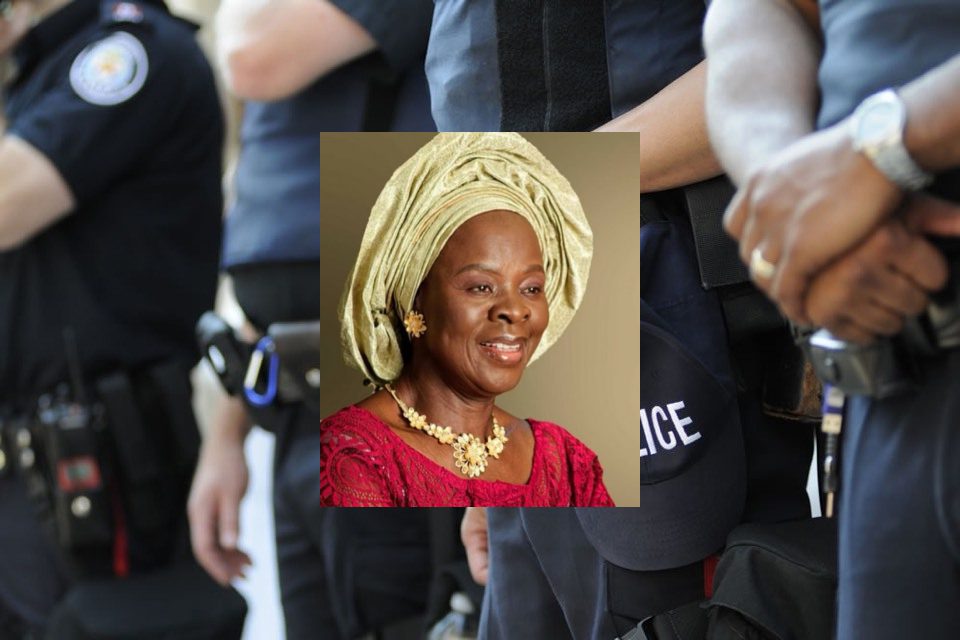 Texas authorities were disheartened to come forward to brief the public that the state had lost another corrections officer to the pandemic coronavirus. Corrections Officer IV Tawiwo Obele passed away on Tuesday, February 16, 2021. She was 68 years of age and had enjoyed spending the last two years working with the Texas Department of Criminal Justice.

Part of what COVID has taught us is that certain occupations are at greater risk. The risk to those who work in correctional facilities is grave. The inmates cannot social-distance, and once the virus gets into a population, it spreads like wildfire. The prisoners and the officers who are tasked with overseeing the facilities, their families, and the entire communities surrounding these prisons are at higher risk for the virus. The danger is more significant for the whole area surrounding a prison facility due to the employment it provides to residents.

Officer Obele is the 40th corrections officer in Texas to die from the virus. The number is alarming. There have been 11,514 positive cases so far among prison employees. There are currently 356 active cases for those who we are unsure of their future. The TDCJ has lost nearly 200 inmates to the virus, and thousands have tested positive since the beginning of the pandemic.

During a mass unit testing, Obele tested positive on January 31, 2021. When she began having symptoms, she was hospitalized in Palestine, Texas, on February 9. She was released later the same day. As her battle with the virus worsened, she was admitted to Tyler hospital. She passed in the early morning hours.

Obele had spent two years serving for the Texas Department of Criminal Justice (TDCJ). The TDCJ is responsible for criminal justice for adults in the state of Texas. The department manages Texas prisons, both state-owned and private, jails, community supervision, and parole. Texas runs the most extensive prison system in the United States.

The TDCJ, as it is today, was formed in 1989. This reformation was due to both the prisons’ reputation and a case that came about in 1979. Today the TDCJ headquarters are located in Huntsville, Texas. The department has more than 37,000 employees staffing the Texas prison system. Texas has more than 218,500 prisoners, which equates to 1050 adult prisoners for every 100,000 citizens.

Officer Obele was assigned to the Beto Unit. She was known to provide maternal kindness to others and often pray with the inmates. The Beto Unit is a maximum-security facility located in the rural areas of Anderson County, Texas. The TDCJ has many co-facilities in this location, including the Coffield Unit, Michael Unit, Powledge Unit, and the Gurney Unit Transfer facility.

The Beto Unit opened in 1980. The facility was named for a prison director in charge from 1962 to 1972, George Beto. The prison holds more than 3,150 male prisoners with additional facilities for up to 321 trustees.

At 68 years young, Officer Obele had so much more to give to others. She did this every day through her life and her job. The number of Americans lost to COVID has been staggering. The Obele family will need the support of all those around them to get through the days ahead. Law enforcement officers in the area will help the family honor Obele’s sacrifice.

TDCJ Executive Director Bryan Collier released a statement regarding the loss of Officer Obele. Nearly a year into the COVID pandemic, the losses to the TDCJ family continue. Every loss has been a tragic moment for the agency and all of us who are a part of that family. Officer Obele had a zest for life that was obvious to all. Our thoughts and prayers are with the Obele family and friends.”

TDCJ Beto Unit Senior Warden Kirt Stiefer shared his sympathies. “Officer Obele was a well-respected faithful teammate who was known as a mother figure to all. She would often pray with others and enjoyed sharing her passion of Christ. Officer Obele will be truly missed by the many that were blessed by having her in their lives.”