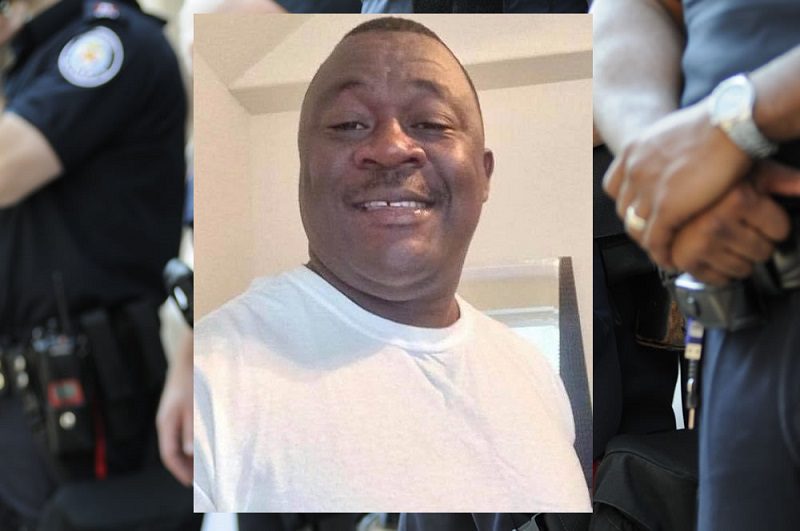 Texas officials announced Sunday, July 19, 2020, that they lost yet another corrections officer to the COVID pandemic. Corrections Officer IV Jackson Pongay, age 54, had served with the Texas Department of Criminal Justice (TDCJ) for approximately four years. He had most recently been assigned at the Lychner State Jail, where he most likely contracted the virus during an outbreak at the facility.

Officer Pongay had been hospitalized since July 5 for treatment at the United Memorial Medical Center in Houston, Texas. Pongay had last reported working on June 25.

Tanya Wilson, who is Assistant Warden at the Pam Lychner State Jail, expressed her grief and respect for Officer Pongay. “Officer Pongay was a kindhearted soul with a big personality that would go out of his way to assist fellow employees. He was never seen at work with a frown on his face, and he did not know a stranger. Jackson loved cooking, and his specialty was food from his native West Liberia, which he would share with everyone. He is missed.”

The Texas Department of Criminal Justice (TDCJ) handles all the inmates in the state of Texas. This responsibility extends from Federal prisons to private prisons and jails, parole, and other supervision required. The TDCJ currently has over 37,000 employees and is one of the largest prison systems in the world.

According to records, as of June 21, the TDCJ has confirmed positive the infection in 2,355 employees, and of those, 1215 have recovered. The outbreak within the corrections department has been a tragedy. Within the prisons, 13,408 inmates have tested positive so far, and 9,562 have recovered. There have been 94 inmates that have lost their lives to the illness. There have been 11 deaths among corrections officers in Texas.

Officer Pongay was listed as part of the TDCJ Institutional Division. The TDCJ created this division in 2003. The Correctional Institutions Division or CID is responsible for felons who are confined in secure facilities. This can include prisons, state jails, psychiatric institutions, developmentally disabled facilities, medical and geriatric facilities, and even substance abuse facilities. Pongay was an officer at the Pam Lychner State Jail.

Inmates in the facility range from J1- minimum security to J5 – maximum security prisoners. Approximately 63% of the offenders that are being held at the Lychner facility are there for drug offenses. The jail offers educational and vocational programs as well as drug treatment for offenders. These programs are designed to allow for better reentry to society.

Those Left to Grieve Lost Loved One

Corrections Officer Jackson Pongay gave all he had to serve the community. Coworkers expressed that he was never seen with a frown on his face. He leaves behind a community, family, friends, and coworkers to continue the battle against the coronavirus, knowing they had lost someone special.

TDCJ Executive Director Bryan Collier gave a brief statement regarding the grief felt and condolences to Pongay’s family. “The loss of someone selflessly serving Texas is hard to fathom. The Texas Department of Criminal Justice family in gray is strong, and so is the power of our thoughts and prayers, which are with Officer Pongay’s family and friends. He is always remembered.”