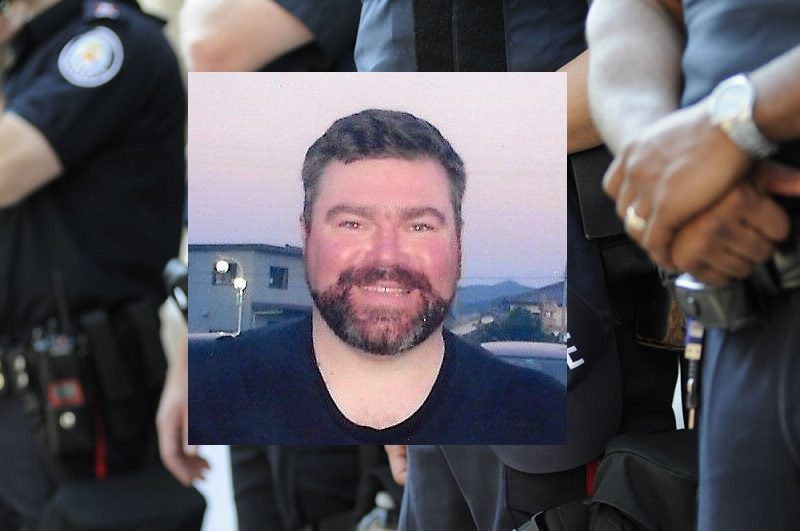 Yakima County Department of Corrections became another statistic on the COVID-19 board when they lost Corrections Officer Daniel G. Oaks, 58, who had served with them for 15 years. Oaks contracted the virus during an outbreak among the staff and inmates in the Yakima County Jail. He died August 1, 2020, in the Virginia Mason Memorial Hospital. C.O. Oaks leaves behind his wife of 20 years, Joy, and two children. He follows both his mother, Mary Oaks, and sister Mary Adam, in death. Due to COVID-19, the Memorial Service, performed by Brookside Funeral Home, is restricted to family only but will be broadcast August 22, at 9:00, am so that all may participate and be a witness to his memorial. Those who wish to participate can contact the funeral home and live-stream the event.

Officer Daniel Oaks was born in 1962 in The Dalles, Oregon as the sixth child of eight and six of them being boys. Eventually, the Oaks’ settled in Yakima, Washington in 1965 after a brief time in Seattle. Daniel was an avid reader and was well educated. He did not attain a degree but majored in common sense. Daniel was a devout follower of Jesus Christ and was a dog lover. His broad spectrum of hobbies included creating rings from coins, discus throwing, Jeeping, swimming, boating, camping, and acting.

As of August 1, Yakima County Jail officials said the COVID-19 outbreak within the facility had passed its peak and was under control. When it was at its peak, there were 130 infected inmates (roughly 31% of total inmates) and 34 corrections officers. At the most recent count, seven inmates and twelve corrections officers were COVID Positive, and all the others had recovered, per Jeremy Welch, who is chief of security operations.

Welch briefed the media about the conditions and outbreak. “I believe we are definitely on the downside of the outbreak. Our process and what we are doing show that we have been able to bring those numbers down successfully. I think it shows that we did take it very seriously.”

The average inmate population is 420 to only 100 corrections officers, so the ratio is roughly one officer to every four inmates. In May, an infected inmate transferred from Sunnyside Jail, which was already an outbreak, was the first case of COVID-19 to be identified at Yakima County Jail. On June 18, the number of infected inmates rose to 19. These inmates were quarantined, but the number of infected inmates continued to grow. Jail officials believed the Sunnyside outbreak was caused by infected staff.

After masks became mandatory, combined with other preventative measures, the virus’s spread appears to have stopped in the facility. Corrections Officers are required to wear masks, and inmates must wear one if they leave their cell. All inmates have been tested, and incoming inmates are tested during booking. Each CO is tested for COVID-19 weekly regardless if they are showing or experiencing symptoms or tested negative on their last test. All testing is done to identify positive cases early and take the necessary measures to isolate the infected person. Inmates who feel sick are tested, if an inmate is presumed positive, then the entire unit is locked down, and every inmate is tested. The detention unit will remain quarantined until each test result is complete and comes back. All infected inmates are secluded into a completely separate group to keep the virus quarantined as much as possible.

Corrections Officer Daniel G. Oaks left behind an entire community of family, friends, neighbors, and co-workers. Many have come forward to express their grief over the loss and to show support for his family.

Bonnie Sluder, a previous co-worker of Oaks from Cowiche, posted her surprise over the loss. “I haven’t worked with Dan for years, but it was no less devastating to hear of his passing. Dan Oaks was a solid guy and radiated goodness to all. He will be sorely missed. All my love and prayers to his family.”

Bill Beetchenow from Yakima shared his condolences with the family. “My father, George Beetchenow, thought extremely highly of Dan when he coached him in the discus at Davis H.S. Our thoughts and prayers are with your family at this time.”

The City of West Police Department shared their sadness over the loss on their Facebook page. “Prayers for the family and friends of Officer Daniel G. Oaks. R.I.P. “Brother-in-Law.”