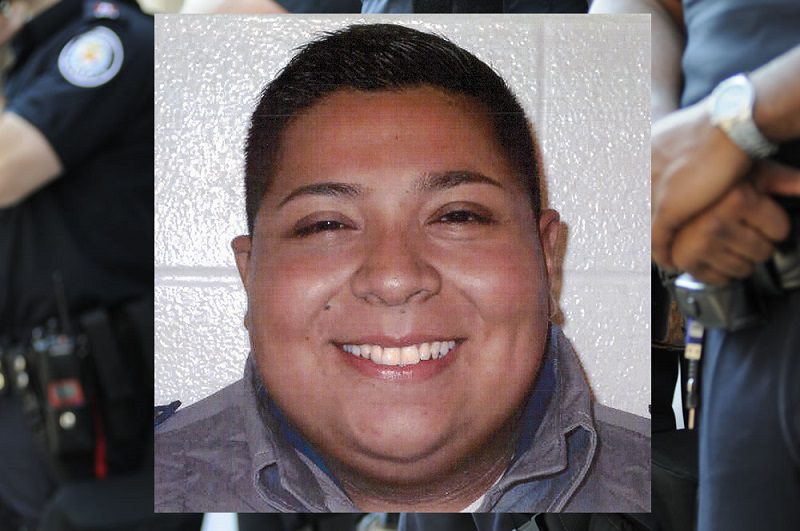 On Friday, March 20, 2020, the Texas Department of Corrections lost one of their officers to an automobile accident while on assignment. Corrections Officer Amanda L. De Leon, age 30, was on assignment at the Lopez State Jail and for work-related reasons was driving to the Connally Unit when she was in a fatal car accident.

The accident was a single-vehicle crash, which is under investigation. Officer De Leon was driving a 2013 Chevrolet Colorado. It was raining heavily at around 4:25 p.m. while traveling north on State Highway 281; her vehicle suddenly went off the roadway. In a panic, Officer De Leon over-corrected the steering, which caused her truck to flip. Her vehicle flipped over several times. She had been ejected during the crash and had not been wearing her seat belt. De Leon died at the scene from the injuries she sustained.

Officer Amanda L. De Leon has given six years to her community by working at the Texas Department of Criminal Justice. She was assigned to the Lopez Unit in Edinburgh, Texas.

De Leon worked for the Texas Department of Criminal Justice (TDCJ). The TDCJ is responsible for criminal justice for adults in the state of Texas. This responsibility can include the management of prisons, state-owned and private, jails, community supervision, and parole. Texas runs the largest prison system in the United States.

The TDCJ, as it is today, was formed in 1989. This late formation was due to both the reputation of the prisons and a case that came about in 1979. By 1921, The Prison Journal published a story reporting on Texas prisons as being the most brutal in the world. In 1974, a major riot occurred at the Huntsville facility, which resulted in the death of two hostages. In 1979, the case Ruiz v. Estelle finally caused enough of a judicial stir to create change in the Texas system. It was found that the Texas system violated the constitution, and sweeping reforms were required. These reforms led to the development of today’s TDCJ.

Today the headquarters of the TDCJ is in Huntsville, Texas. The department has more than 37,000 employees staffing the Texas prison system. Texas has more than 218,500 prisoners, equating to 1050 adult prisoners for every 100,000 citizens in the state.

Corrections Officer Amanda L. De Leon was primarily assigned to the Lopez State Jail. The Lopez State Jail is located in Edinburgh, Texas, and contains over 300 acres. This facility holds 1,100 adult male prisoners. These prisoners can range from minimum to maximum security. It is co-located with the Segovia Unit, which allows inmates to share in rehabilitation activities.

The Lopez State Jail, where De Leon worked, offered many opportunities for the inmates. It provided programs working with dogs, horses, and other farm animals. It also included educational programs and encouraged all inmates to achieve gaining their GED minimally. There are also several vocational programs and those who are able due to their security levels or are near release; they can participate in work programs getting their foot in the door with employment opportunities before release.

Officer Amanda L. De Leon was driving for work-related purposes to the Connally Unit from the Lopez State Jail facility when the accident occurred. While not her central assigned unit, she may have been covering shifts as during this health crisis, Texas has had great difficulty with the loss of corrections staff.

The Connally Unit is located in Kenedy, Texas. The current capacity of the facility is 2,232 inmates. It holds prisoners of all levels, from minimum security to maximum security. Like the Lopez facility, the Connally Unit also offers a variety of rehabilitation programs. It also has a fully staffed medical unit.

Officer De Leon’s family is mourning her loss. Amanda L. De Leon was taken far too soon. She left behind her parents, her brother, aunts, uncles, and many cousins. Officer De Leon also left friends and brothers & sisters in uniform who will all miss her very much.

Her family has asked for privacy for funeral arrangements.