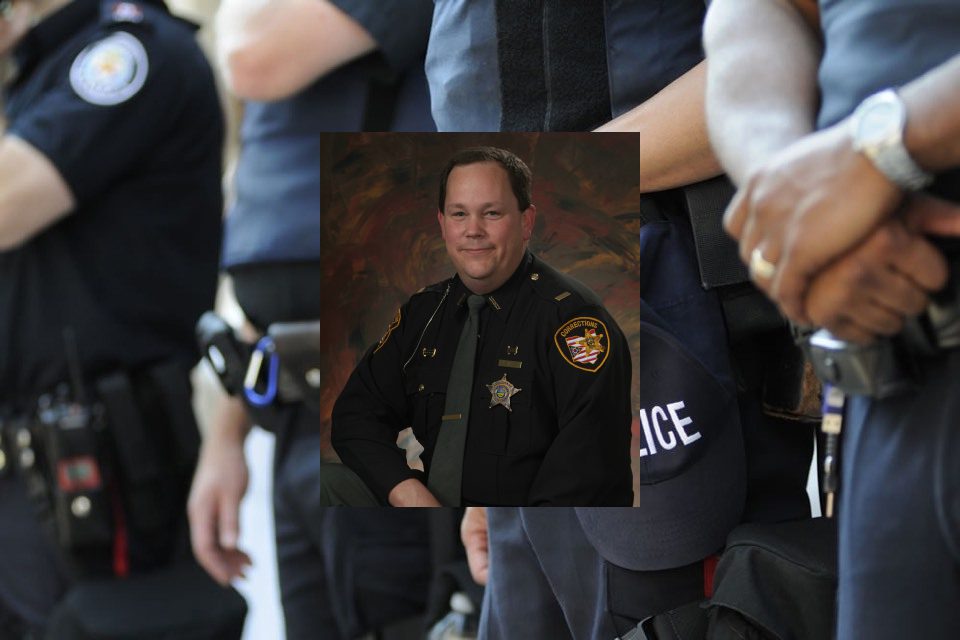 Ohio residents were saddened to learn the news that a local law enforcement officer had lost his life in the line of duty due to COVID19. Unfortunately, the viral pandemic has cost the lives of hundreds of officers across the US. COVID19 has become the number one cause of line of duty deaths in the past two years.

On Thursday, September 30, 2021, Corrections Lieutenant David W. Reynolds, badge number 1503, died due to complications of contracting the virus. Reynolds, age 58, had served his community as a law enforcement officer with the Butler County Sheriff’s Office. He was an officer for over 21 years.

The most recent Corrections Lieutenant David W. Reynolds assignment was at the Butler County Jail in Hamilton, Ohio. This has been an ongoing problem with many agencies that work in corrections institutions. These facilities were made to hold a large number of inmates in a small, confined space. The crowded environment means that if the virus enters the facility, it will create a hot spot, infecting inmates, staff, officers, families, and the community.

The Sheriff’s Department described Reynolds. “He always stopped to talk to everyone and was never too good to help a rookie or an inmate. David ran with the Hanover Township Fire Department years ago, and he was also an ordained minister who officiated several employee’s weddings throughout the years.”

The Butler County Sheriff’s Office was initiated in 1803 when James Blackburn was elected to hold the position of the first sheriff in the county. However, it took three years for the county to build its first jail on the south side of the downtown square. The prison held twelve prisoners and served the community for forty years.

In 2000, the county built a new jail facility at the tune of $40 million. The current jail will hold up to 750 prisoners. This new center was completed in 2002 and is also the headquarters of the Butler County Sheriff’s Office. Reynolds would have worked as a corrections officer in the jail facility.

The department’s mission statement is to be “devoted to excellence in all aspects of service provided to our community and its visitors. We are dedicated to enhancing our citizens’ quality of life by reducing crime and the fears associated with crime.”

Teresa and Doug Crawford, friends of Officer Reynolds, shared their sympathies with the family. “My wife, Teresa and I, want you to know David is being remembered in our Prayers. An extremely great man gone before his time. May all the great times be remembered by all. I had the privilege to know him as a friend and Brother. R.I.P. David.”

Sheriff Richard K. Jones shared the news of the loss to residents on his Twitter page. “After a short illness, we lost Corrections Lieutenant David Reynolds. David had been with the Sheriff’s Office since 01, working his way up the ranks throughout the years. His wife Becky survives him, his three sons Andrew, Nathan & Jacob, and his grandsons Atticus and Luca. Prayers for the family.”

The Butler County Sheriff’s Office wrote about the sadness they felt in losing such a great person from their lives and the community. “There is one word that describes how we are feeling at the Sheriff’s Office today. Devastated. After a short-term illness, we lost a brother, Corrections Lieutenant David Reynolds. David had been with the Sheriff’s Office since 2001, working his way up the ranks from corrections officer to sergeant, eventually making the rank of lieutenant. His co-workers could not say enough about what a great guy he was. “In the trenches guy.” “Cannot imagine this place without him.” He always stopped to talk to everyone and was never too good to help a rookie or an inmate. We love you, David, and will never forget our memories of you and the legacy you’ve left behind.”