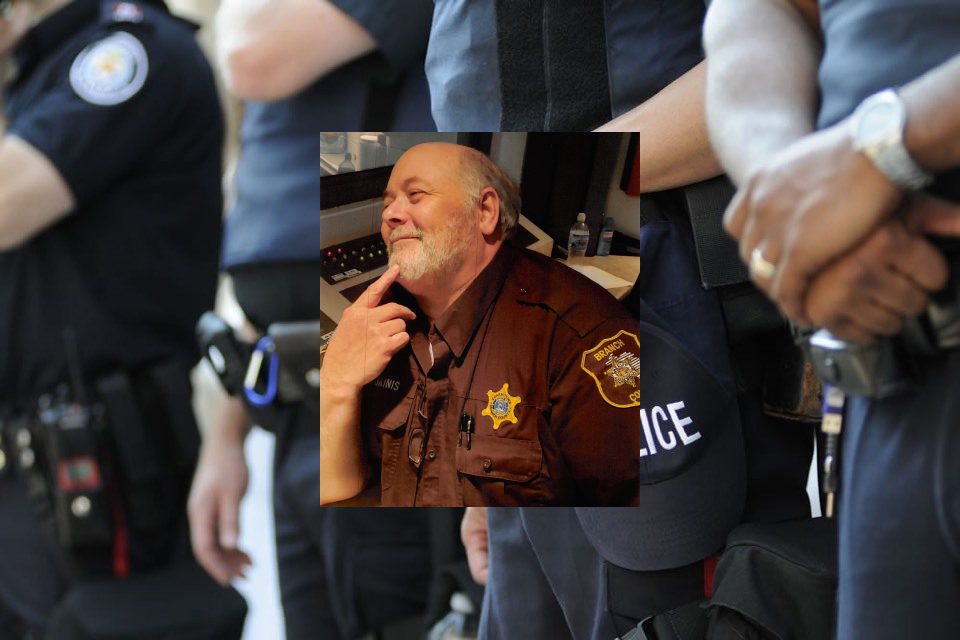 On Sunday, August 22, 2021, three law enforcement officers died in the line of duty. The Michigan Branch County Sheriff’s Office was one agency that lost one of its members. Corrections Deputy Kevin Kokinis, age 61, died due to complications from contracting the coronavirus. COVID19 has taken the lives of many corrections officers in the past year.

Deputy Kokinis was a veteran of the department, where he had served for more than 22 years. He is the third law enforcement officer to die in the line of duty in the Branch County Sheriff’s Office history. Kokinis has wanted to become an officer from a young age and began his service in May 1990.

Kokinis was born in 1960 in Northport, Michigan. He had been married to his wife for over 42 years. Kokinis enjoyed spending time with his family, which included three sons and six grandchildren. He had many hobbies outside of work, including music, woodworking, and playing the drums. He loved going fishing and was a huge Mopar fan. His muscle car was his pride and joy.

Deputy Kokinis served his community through his work with the Branch County Sheriff’s Office. Located in Coldwater, Michigan, the department serves a population of approximately 44,000 residents. In the state of Michigan, a sheriff serves a four-year term that is constitutionally mandated by the state.

The first duty that most associate with the job of sheriff is to enforce state and federal laws. However, officers work in many roles, including corrections, like Deputy Kokinis. In most jurisdictions, the sheriff’s department oversees the county jail.

While Kokinis provided security within the Branch County Jail, the Branch County Sheriff’s Office has several other responsibilities in the county. These duties include patrol and traffic service, executive management on the County Concealed Weapons Board, enforce marine safety, water recovery, and maintaining local records.

Corrections Deputy Kevin Kokinis leaves behind his wife, three sons, grandchildren, and brothers. Many community members, local law enforcement, family, and friends will gather to honor the sacrifice made by Deputy Kokinis.

The Police Officers Association of Michigan shared in the grief alongside the Branch County Sheriff’s Office members. The association posted condolences on social media. “The world lost a GREAT man today, and we at The Branch County Deputy Sheriff’s Association lost one of our family members. Kevin Kokinis lost his battle against the dreadful Covid-19 pandemic today. Kevin, you were always fun to be around and always easy to talk to. You were a great asset and a dependable co-worker. You will truly be missed. Our thoughts and prayers go out to his wife and children.”