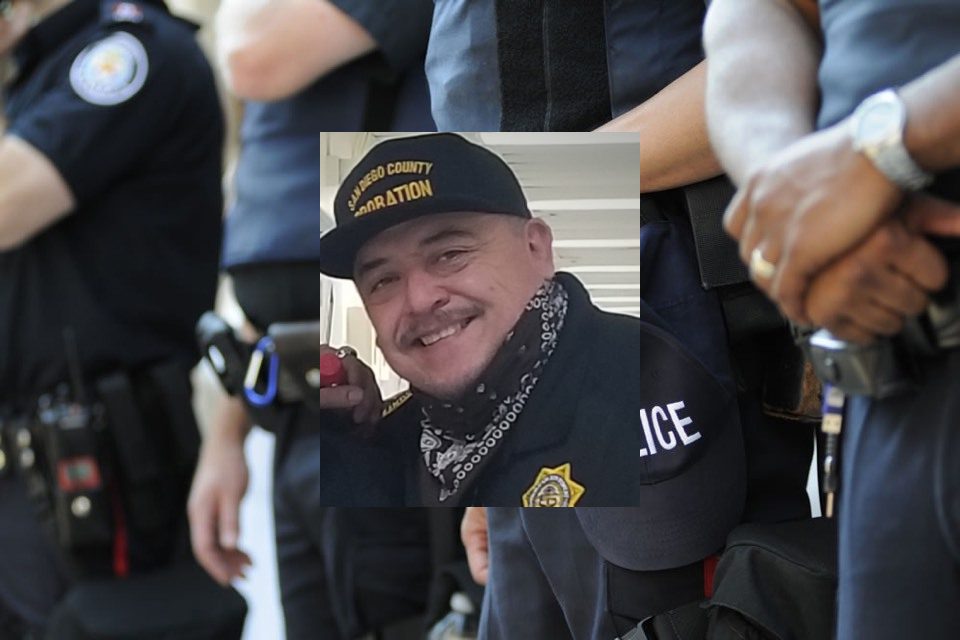 California officials announced to residents that a local probation officer had died due to the COVID19. On Wednesday, September 8, 2021, Corrections Deputy Rodrigo Delgado, badge number 6265, died due to complications of the virus. The past year has been devastating to law enforcement agencies nationwide. COVID19 has become the number one cause of line of duty deaths among active law enforcement officers. In addition, the occupation itself, as most first-responders, carries an increased risk of infection due to the inability to socially distance.

Through contact tracing, it was determined that Delgado contracted the virus during an assignment at the Kearney Mesa Juvenile Detention Facility in San Diego. Delgado had been serving as an officer with the San Diego Probation Department for more than 19 years. Deputy Delgado was 55 years old.

Deputy Rodrigo Delgado served with the San Diego County Probation Department. Currently, Cesar Escuro has been appointed interim chief of the department in January 2021. The agency employs more than 1000 sworn officers and civilians. Agents with the department work with released inmates by implementing the state’s Public Safety Realignment program. The program focuses on treatment, accountability, and community safety.

Located in the Birdland community, the Kearney Mesa Juvenile Detention Facility is one of two juvenile centers in San Diego. The juvenile facility can hold up to 359 youth at any one time. The average stay for most juveniles is less than a month. Many are awaiting court cases that determine any future placement or probation requirements. Deputy Delgado had been working with youth in the facility when he contracted the virus.

Corrections Deputy Rodrigo Delgado leaves behind his wife and four children. It will take the entire community to step up to help support the Delgado family and other children who have lost parents, grandparents, or mentors. Honor guards will help make the services memorable and demonstrate the community’s gratitude for Delgado’s sacrifice.

The San Diego County Probation Department announced the loss on social media. “It is with the greatest sadness that we share the news of the death of Correctional Deputy Probation Officer II Rodrigo Delgado. Officer Delgado, a 19-year veteran, was assigned to the Kearny Mesa Juvenile Detention Facility. Unfortunately, officer Delgado passed away this past Tuesday. We express our sincere condolences to his family, friends, and all members of our department. Rest in peace, Officer Delgado, and thank you for your service.”

AFSCME Local 685 shared details and condolences on Facebook. “AFSCME Local 685 Executive Board extends our sincerest condolences to brothers and sisters of San Diego County Probation Officers Association on the untimely passing of Correctional Deputy Probation Officer II Rodrigo Delgado. Please join us in sending your thoughts and prayers during this difficult time.”

The San Diego County Association shared prayers and sympathies on a social post. “It is with great sadness to report the loss of one of our own, Officer Delgado. Officer Delgado was a 19-year veteran of our department and a member of our association. Our thoughts and prayers are with the Delgado family, friends, and the entire force of our department. RIP folded hands – blue heart.”