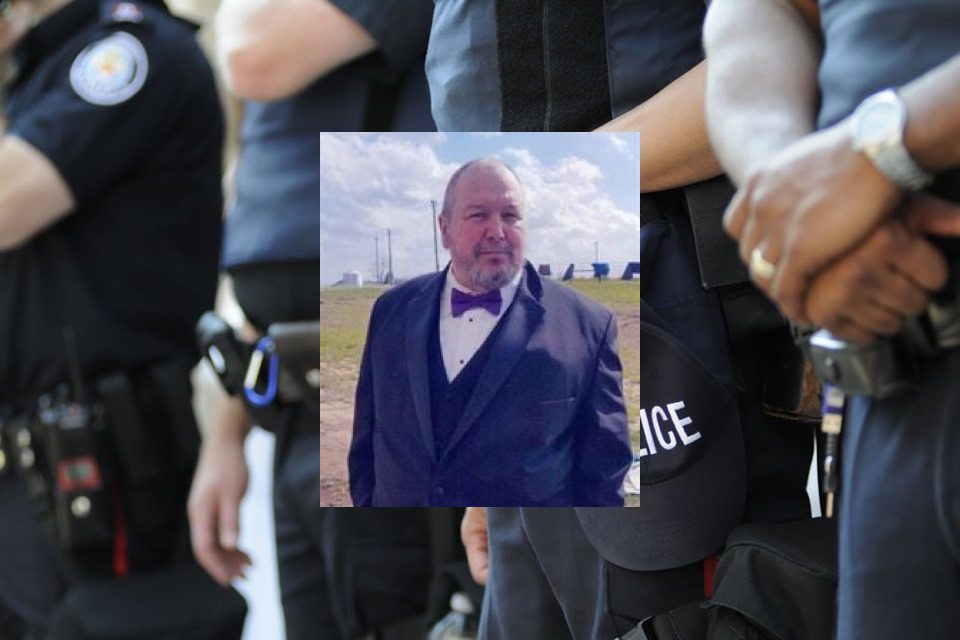 Since the pandemic began, we have faced a crisis within our law enforcement agencies and corrections facilities. The prisons and institutions were never designed for social distancing. Yet, each day these officers continue to protect communities despite the risk to their health, families, and communities.

Officer Welch was affectionately known to friends and family as “Robby.” He grew up in Louisiana and attended Quincy Tech to study auto body. After, he signed up for civil service with the National Guard. During his time serving his country, Welch was stationed in Aniston, Alabama.

After he returned from duty, Welch wanted to continue a life of service. He worked a few factory jobs until he found the right opportunity. For the last thirteen years, Welch has been a sworn officer with the Missouri Department of Corrections and assigned to the Women’s Eastern Regional Correctional Center.

Outside of work, he loved his family. He loved spending his time in the outdoors, hunting, fishing, and riding horses. Everyone knew him for his casual dress of bibbed overalls and a cowboy hat – giving him the beloved nickname, “Hillbilly.”

Headquartered in Jefferson, Missouri, the Missouri Department of Corrections, or MDOC, was formed in 1820. From its beginnings with one facility to today with its 21 facilities, the MDOC has become a significant employer in Missouri. The jurisdiction for this department covers more than 69,700 square miles and provides security to more than 6.2 million Missourians.

Welch had spent the last thirteen years as a corrections officer at the WERDCC. It is a facility located in Vandalia, Missouri, and accommodates only female inmates. It is the primary intake facility for all female prisoners in Missouri. On arrival, they are fingerprinted and all belongings inventoried. Then, an ID number is issued.

Then the facility puts the new inmates through rigorous mental and educational testing. Evaluations are made, and then a recommendation for permanent placement. These women then go on to other facilities that can give them the best treatment options.

Correctional Officer Robert Lewis Welch, III, leaves behind his wife, three children, and mother. As the community mourns a second officer in less than a week, they will realize that the future of these families will require their much-needed support. Law enforcement agencies will send their honor guards to help families show tribute to their loved ones in a unique way. As residents show their gratitude and shared sorrow, the family can find some comfort that the sacrifice was not lost in vain. Welch will be seen as a hero to his community.

Coworker Darrell Damron shared his condolences with the family online and goodbyes to his friend, Robby Welch. “God took a great man when he took COI WELCH. He was a great man to work with within 5A. He will be missed. R.I.P., my friend.”

Chrystal Walker, a friend of the family, shared sympathies and her memories. “Robby was one of the most down-to-earth country boys you would ever meet. We have been really good friends most all of our lives. No matter where I saw him, he always spoke and asked me how I was doing. I know from talking to him he loved his wife very much, as well as his kids and grandkids. He was definitely one of a kind. He will be greatly missed. My prayers go out to his family.”

Coworker D. Long shared his sense of Welch with others online. “When I got the chance to work with Welch (that’s what I called him), I could not always tell if he was joking or serious! The situation always called for the correct answer to that question – JOKING! My calls to 6-House in the AM won’t be the same. Rest easy, COI Welch. You are 10/7 now.”