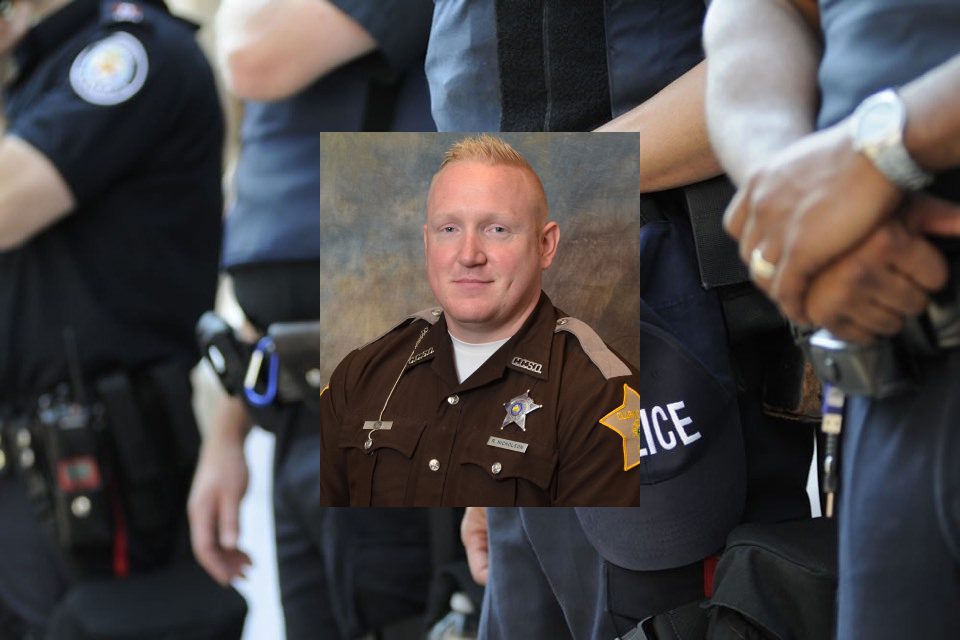 Law enforcement officers across the country have faced a difficult challenge with COVID19. Since January 2021, the US has lost more than 200 officers to the virus. However, authorities were still shocked that a young, healthy officer at the Clark County Sheriff’s Office in Indiana had succumbed to the disease. On Sunday, September 26, 2021, Corporal Robert Wayne Nicholson passed away due to complications of the virus. He was 35 years old.

Contact tracing revealed that Nicholson had contracted the virus during an interview with a suspect. The suspect was positive for the virus but unaware. Nicholson interviewed in Henryville around the 100 block of Robyn Avenue.

Corporal Nicholson made a career in civil service. He worked as a law enforcement officer for more than eight years. He began his career with the Charlestown Police Department, where he worked for about three years. Nicholson then moved over to the Clark County Sheriff’s Office as a deputy. He has been with the department for more than five years and earned the rank of corporal.

Corporal Nicholson gave back in many ways to his community, often getting involved in different charities. One of his favorites was rallying donations for the local polar plunge event.

Nicholson had chosen to serve with the Clark County Sheriff’s Office. The CCSO is located directly across the river from Louisville, Kentucky, in Jeffersonville, Indiana. The region is part of the Louisville Metropolitan Area.

CCSO provides law enforcement services to all unincorporated areas of Clark County and some services and assistance to local police departments in the region. CCSO services more than 118,000 residents. The department patrols an area of 376.45 square miles, which includes 3.6 square miles of waterfront.

CCSO is responsible for the operation of the Clark County Jail, civil service process, and provide courthouse and courtroom security. In 1801, the County elected its first sheriff. The first jail was built in 1858 and had a jailer’s residence attached to it. The first jail in Clark County had ten beds.

Corporal Robert Wayne Nicholson leaves behind his wife and two daughters. Many residents lined the streets to honor the Nicholson family and show gratitude for the sacrifice made by Corporal Nicholson. The community will need to continue to rally around the Nicholson family to ensure that they can get through this challenging time in their lives.

The Fraternal Order of Police lodge number 81 shared the details of the loss with residents. “It is with a heavy heart Fraternal Order of Police Lodge 181 announces the death of our Vice President, Corporal Robert Wayne Nicholson of the Clark County Sheriff’s Office. Wayne served the local community honorably and with dignity. Wayne could often be found giving back to the community and supporting local charities and non-profits. One of his greatest contributions was to the local polar plunge event. More importantly, Wayne was an amazing husband and father. We cannot think of a better father than our friend Wayne. We ask that you keep his family in your thoughts and prayers. Please respect his family’s privacy during this tragic time.”

The Clark County Sheriff’s Office posted the sad news online. “It is with great sadness we mourn the line of duty death of Clark Co. Sheriff’s Office Police Corporal Wayne Nicholson. We are forever indebted to your fatherhood, friendship, and service to our community.”