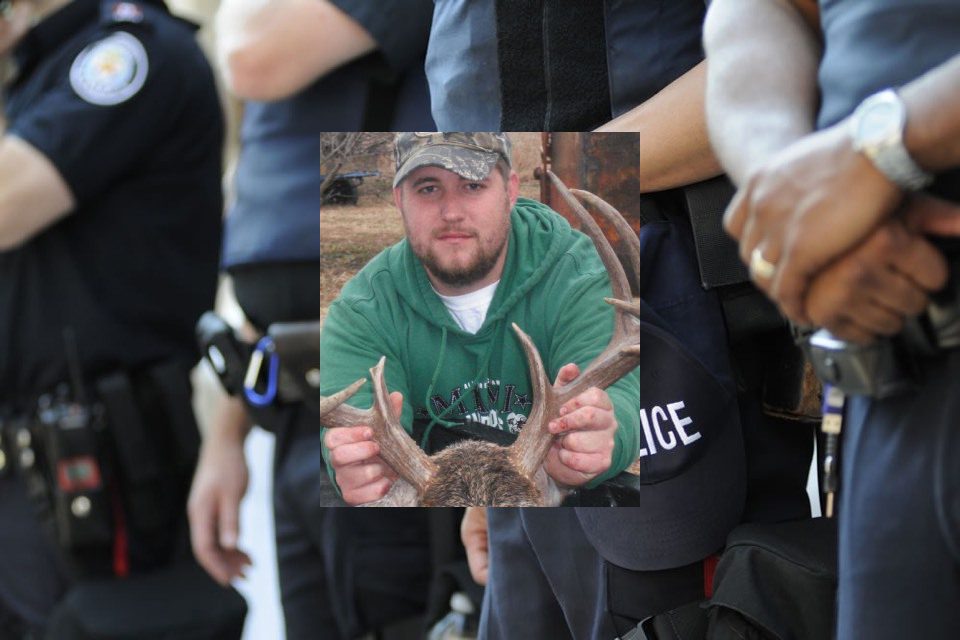 On Thursday, March 25, 2021, Washington County officials briefed residents that they had lost one of their officers. Corporal Kyle Jeffrey Davis died from injuries he sustained while attempting to book in a jailed suspect. The suspect turned on Cpl. Davis and assaulted him. Davis, age 38, later died from his injuries.

Cpl. Davis was on the job when seventeen local subjects had been arrested. They were all suspected to be involved in narcotics. While being booked into jail, one man began to fight back against the officers. He assaulted Cpl. Davis, hitting him directly in the chest. This action created a severe injury that resulted in a ruptured aorta.

Life-saving measures were immediately taken. Davis was rushed to the local hospital. An hour later, he passed away from his injury.

Davis was born in Bartlesville, Oklahoma. A resident, he graduated from Copan Public Schools. He went on to the University of Science and Arts of Oklahoma and earned a degree in History. Shortly after graduating college in 2008, Davis began his career at the Washington County Sheriff’s Office. He was respected by his coworkers and earned his promotion to Deputy Sheriff in 2010.

He married his high school sweetheart and settled into a happy life in Washington County, Oklahoma. The couple had recently celebrated their tenth wedding anniversary. A sports fan, Davis was an outdoorsman, loved hunting and fishing. He made his family and children his life and spent his time with them.

Washington County, Oklahoma, was developed from the Old Cherokee Nations. The county was named after the first President of the US, George Washington. Bartlesville, where the WCSO is headquartered, is the county seat. The town was established in 1879 and named after its first trading post owner, Jacob Bartles.

The WCSO provides the primary law enforcement services for the county. The agency also manages the Washington County Correctional Facility.

Losing a family member is never easy. When the loss was preventable or due to criminal behavior, it makes the loss all the harder to bear. Families of law enforcement officers know each day they go into their jobs, there is a real risk that they may not be coming home. Corporal Kyle Jeffrey Davis leaves behind his wife and two children. The community, law enforcement, and extended family will take a great effort to help the family through their tough times ahead.

David Kerr, the Maintenance Supervisor for the WCSO, spoke of his friend and coworker. “He could light up a room. No matter how mad you were or what kind of bad day you were having, he would force you to smile. You had no choice but to laugh with him.”

Jon Copeland, Undersheriff for WCSO, said that Cpl. Davis brought fun into their agency. “Working with Kyle was always fun. Kyle had a quick wit about him. You couldn’t spend five minutes without laughing. It was routinely a competition between him and his wife to see who was going to get the first deer and which buck was going to have the biggest set of horns.”

A resident, Joan Matthews of Bartlesville, stopped to leave flowers when asked why she responded. “I wanted Deputy Davis’s family to know that there are people that really care, and we will keep praying.”