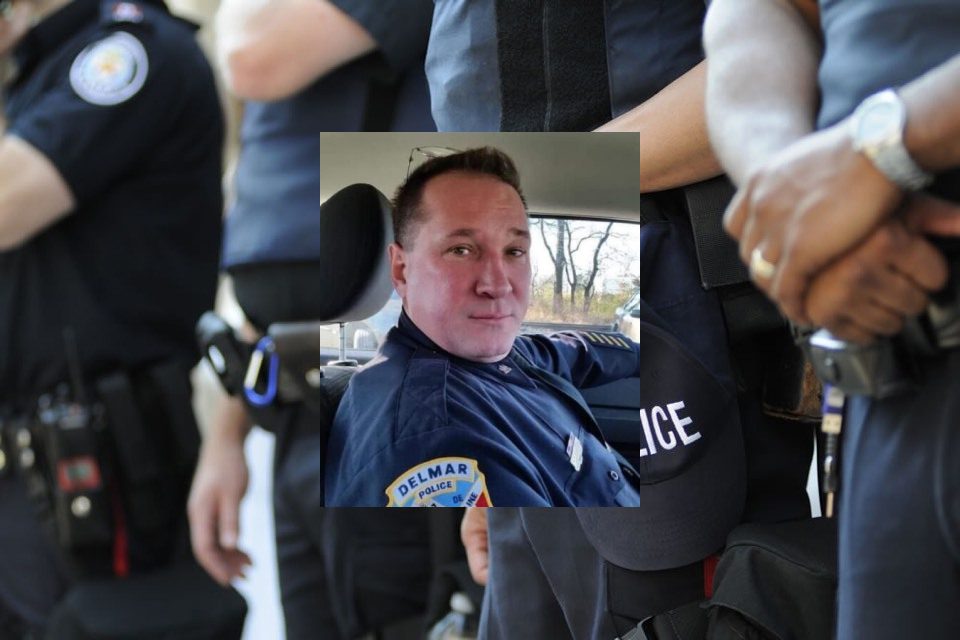 On Wednesday, April 28, 2021, Maryland officials came forward to brief residents that a local Corporal had died due to injuries sustained during a previous assault. Corporal Keith Heacook, age 54, died from complications of his wounds sustained on April 25 when he was assaulted. Cpl. Heacook had been a law enforcement officer for over 22 years.

Cpl. Heacook responded to calls of a fight occurring on the 1100 block of Buckingham Drive in Delmar, Maryland. The call came in at approximately 5:00 am, and due to the department’s size, Cpl. Heacook was the only officer on duty. When Heacook tried to intervene, one of the men assaulted him until he lost consciousness. The subject then continued to stomp on Heacook’s head as he lay on the ground.

Reacting wildly to the situation, the man then ran across the street and attacked an elderly couple. As officers from surrounding departments found they could not get a response from Heacook, the Delaware State Police and the Wicomico County Sheriff’s Office dispatched officers to check on the condition of Cpl. Heacock.

Life-saving measures were taken when the officers found the unconscious Cpl. Heacook lying on the ground. He received transport to Baltimore, Maryland, for treatment at the local hospital. He remained in their care until he succumbed to his injuries three days later. The man who caused the injuries was arrested and charged with attempted murder, assault, burglary, possession of a deadly weapon while committing a felony, and terroristic threatening.

These nine officers, including Heacook, took pride in protecting the nearly 3500 residents in the 1.7 square mile area. With the department’s size, there were often times in which only one officer would be on duty during a shift. They would call in assistance from other local departments when they needed backup.

Corporal Keith Heacock is survived by his wife, Susan, and son. His wife’s grief has been directed toward creating a change for the future of policing. Susan is pushing for changes in the future for their communities.

Susan Heacook, Cpl. Heacook’s wife shared her grief with residents and asked for a change in policing, a reconsideration of how these calls are handled in the future in an attempt to save lives. “To the town of Delmar, I’m greatly touched by the amount of support and outpour of love you have shown during this very difficult time. My heart aches for all the victims involved. Every minute I pray to receive a call from the doctors saying my husband is responsive and can come home to me. Could all of this have been avoided? To the Delmar Police Department, I ask why? Why was my husband the only officer on duty? Why was he the only officer sent to respond to that call? What protocols are in place for responding to an incident? During a time in our country where police officers are targeted and disliked, wouldn’t it be logical to dispatch more than one officer? My husband was beaten unconscious without any other law enforcement there to back him up. How long did he lay on the floor before help arrived?

I beg you to reevaluate your policing standards and consider reaching out to other agencies for backup if you don’t have the manpower within your department. There needs to always be more than one officer responding to calls of this nature. Had that been done, perhaps my husband would be sitting next to me instead of lying unconscious in a hospital bed. Is this what it takes for the police department to wake up? These questions have plagued my mind from the moment I heard the news. I have yet to receive answers.”

Delmar Pizza and Pasta Restaurant, a local family-owned restaurant, shared their condolences to the family on their Facebook page. “Our Delmar Pizza family wishes to express our sincere concern for the victims of Sunday’s horrific assault. Our thoughts and prayers go out to officer Keith Heacook and his family and the innocent bystanders who were injured. Please continue to offer your thoughts and prayers as well.”

Maryland Governor Larry Hogan ordered flags lowered on Heacook’s behalf. “On behalf of all Marylanders, I extend my sincerest condolences to the Delmar Police Department and to the loved ones of Corporal Keith Heacook, a 22-year veteran of the department who died after being assaulted in the line of duty. We owe so much to the brave law enforcement officers who put their lives on the line every day to protect our communities.”