In Memory of Corporal John Okafor 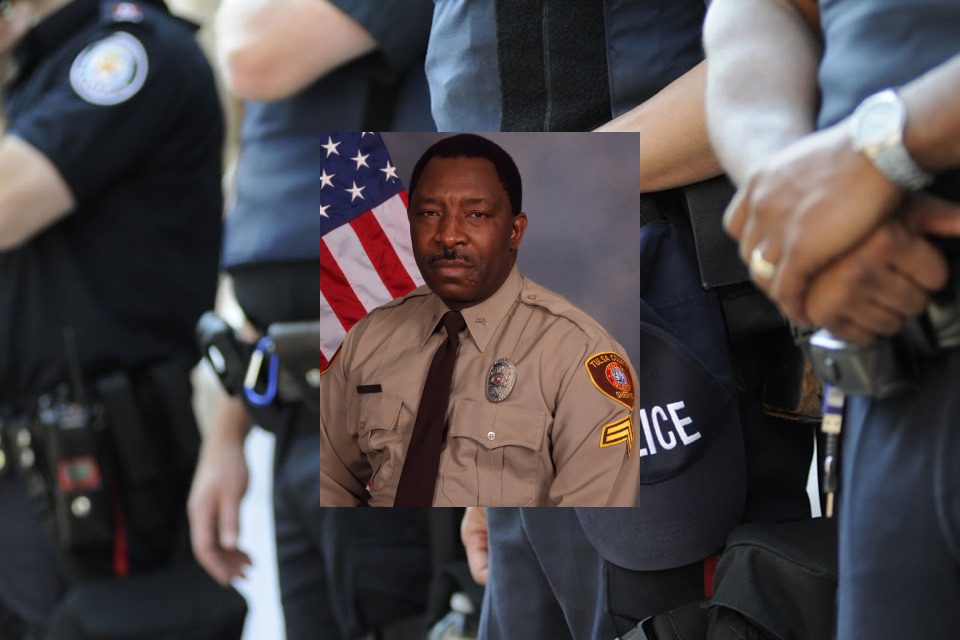 On Wednesday, April 15, 2020, Corporal John Okafor of the Tulsa County Sheriff’s Office passed away from a heart attack he had while on duty. Corporal Okafor served his community through his work at the Sheriff’s office for more than 13 years.

It was just like Corporal Okafor to consider fitness as part of his job with the Sheriff’s Department. Okafor had been working in the corrections area of the Tulsa County Jail when he took a few minutes to get his heart rate up, jogging up and down a few stairs near where he had been assigned. While he was exercising, Okafor collapsed.

Inmates in the jail took notice of Okafor as he fell. They yelled for the attention of other nearby jailers and corrections officers, who came to Okafor’s aid. Immediately they began attempting to save his life while calling for an ambulance. He was quickly rushed to Oklahoma State Medical Center, where he passed away a short time after arriving.

Corporal Okafor chose to serve his community with the Tulsa County Sheriff’s Office. The TCSO has been serving the Tulsa County area for over 100 years. The law enforcement agency promotes and instills an attitude of commitment to helping others amongst their officers. The website for the TCSO states that as part of their mission to reduce crime, officers will “solve problems through community partnerships.”

The TCSO is a fully accredited law enforcement agency located in the David L. Moss Criminal Justice Center. Deputies patrol the county and provide services to all unincorporated areas. The agency also manages and operates the Tulsa County Jail and provides courtroom security and civil service of court orders to all residents in the area.

Corporal John Okafor leaves behind his wife and five daughters. The community, fellow law enforcement officers, and extended family will be there to help them through their time of grief. Officers from the area will perform full honors for his funeral, showing gratitude for his sacrifice.

The FRBA or First Responders Benefit Association posted information regarding the passing of Corporal Okafor on their Facebook page. “Corporal John Okafor of the Tulsa County Sheriff’s Office (TCSO). An FRBA Unforgotten Hero who paid the ultimate sacrifice serving and protecting his community. Every year we lose another hero in the First Responder community— a tragedy that continues to wreck all of our hearts here at FRBA.”

The Tulsa County Sheriff’s Office posted condolences and remembrances on their social media pages. “Today, our agency is grieving. Yesterday Detention Officer John Okafor suffered a medical episode while on duty at the jail. Despite the life-saving efforts of his coworkers, paramedics, and doctors, Okafor passed away at the hospital. Detention Officer John Okafor began his career at TCSO in 2007. He was a hard-working and highly respected member of this agency. He will be missed. Please keep his family and coworkers in your prayers.”

On May 7, 2021, the department announced that Corporal John Okafor’s name had been officially added to the monument for fallen officers in Oklahoma City. “Today Detention Officer John Okafor’s name was added to Oklahoma Law Enforcement Memorial in Oklahoma City. He passed away last year after suffering a medical episode while on duty at the Tulsa County Jail. We would like to thank the organizers of the memorial for honoring him.”