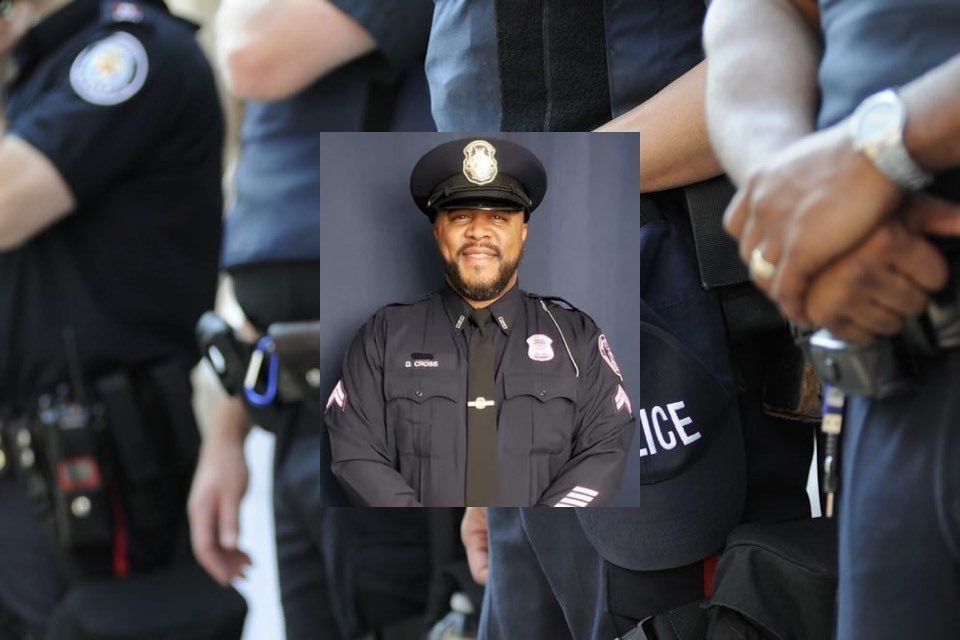 Detroit residents were dismayed to hear that a veteran police officer with the Detroit Police Department had died in the line of duty. On Thursday, July 8, 2021, Corporal Darryl Cross died from a fatal heart attack. The attack was brought on immediately after answering the call to help at a scene where a murder suspect had barricaded himself.

Around 12:15 on Wednesday, July 7, Corporal Cross responded to a call regarding a barricaded gunman who had killed someone. The suspect had shot two people. Cpl. Cross put himself in harm’s way to help take in the suspect at the scene.

Later, on the same day, Cross responded to another call. The call came in around 7:15 pm and involved a shooting. When Cross arrived on the scene, he found a male subject who had died from a gunshot wound to the head.

The shooting caused a crowd to gather at the scene. As the scene was being processed, Cross moved to perform crowd control. What started as a few nearby residents soon grew to over 200 people furious about the shooting. Cross remained on the scene until it cleared out after 11:45 pm.

Corporal Cross served his community as a sworn law enforcement officer with the Detroit Police Department for over 23 years. Cross was assigned to the 12th Precinct. He was a valuable asset to the department for his fluency in both French and Spanish.

Corporal Cross was a proud veteran of the Detroit Police Department. The DPD was established in 1861; however, the first forty officers hired for the city began in 1865. The department has had a long history in the state of Michigan.

The DPD is an expansive police department. The agency has a jurisdiction that spans approximately 143 square miles. The agency provides law enforcement services to more than 639,000 residents. Detroit is the 27th largest city in the US. That number is significantly smaller than the 1.85 million residents in Detroit in the 1950s. The city has become laden with crime and abandoned properties.

Detroit Police Department manages the expansive size of the city with twelve precincts and more than 2200 worn officers. The agency has been considered progressive in its inclusion of women and minorities, The first woman officer and the first black officer were both hired in 1893. In 1921, the department became the first in the nation to include radios for dispatch in its patrol vehicles.

Corporal Darryl Dwayne Cross, Jr. leaves behind two sons. Residents from around the area came to line the streets with signs of support as many patrol cars escorted Cross to his final resting place. The Cross family will lean on family, friends, and fellow officers for support during this difficult time. Hundreds came out to hold vigil for Cpl. Cross, demonstrating the impact he had on the city.

Interim Detroit Police Chief James White spoke of Cross’s influence as an officer. “He loved the city. He grew up in it, lived in it. He loved the citizens, came to work every single day. I just saw him at a barricaded gunman scene. He left the barricaded gunman that he was at for many hours, and then he went out again to a shooting scene. That’s Darryl. That’s what he does.”

One officer at the vigil spoke to reporters about Cross. “I was one of those new guys who came on the job, and when he broke us in, it wasn’t nice. As a rookie, we didn’t understand it. But as we got older, we learned what he was talking about, as far as being safe, standing your ground, having each other’s back. It is one of the most important lessons of this job, and he was one of the ones that helped teach that to us.”