In Memory of Corporal Christine Peters 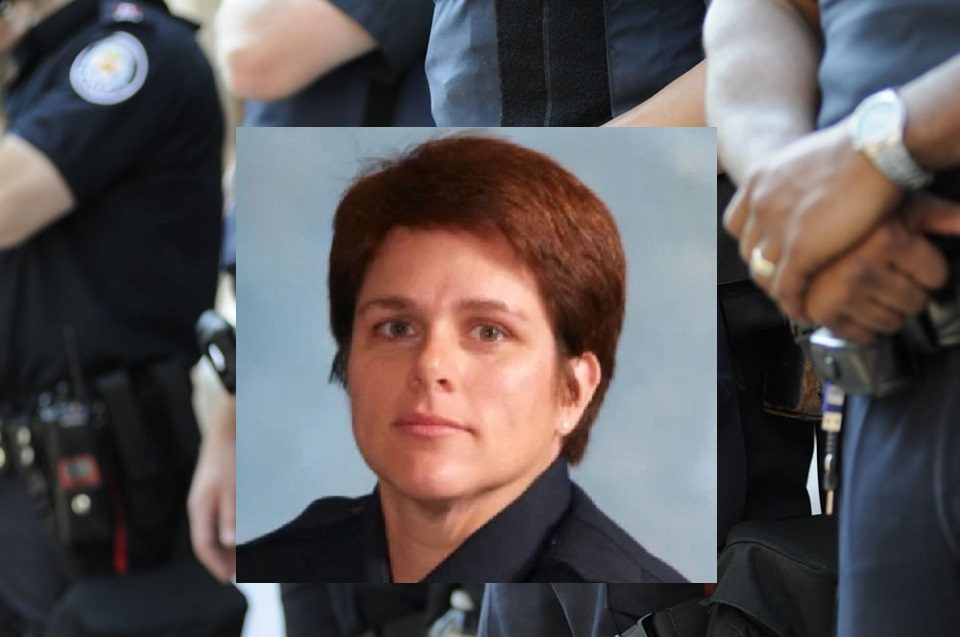 On Thursday, January 14, 2021, officials in Maryland were saddened to announce the loss of a local officer who had been injured days earlier. Corporal Christine Peters, age 49, died from injuries she sustained in an accident twelve days prior. She had served her community for more than 22 years as a law enforcement officer, wearing badge 108 for the Greenbelt Police Department.

It was late in the evening on Saturday, January 2, when Corporal Christine Peters answered the call to assist other officers at an accident scene. The United States Park Police had requested assistance at the crash near Cherrywood Lane on Edmonston Road. It was near 10:00 pm when Corporal Peters, who was outside her patrol vehicle, was struck by another car.

Life-saving measures were immediately taken, and Cpl. Peters was airlifted to Medstar Hospital. While fighting to recover, Peters succumbed to her injuries twelve days later.

Peters spent her life and career serving others, helping neighbors, and protecting residents. She served 22 years with the Greenbelt Police Department. Early in her career, she began her service in law enforcement with the University of Maryland. Over her career, Peters was recognized for her community work and her outstanding service.

Cpl. Peters dedicated the most considerable portion of her law enforcement career to the Greenbelt Police Department. The agency is an award-winning police department that prides itself on community policing. The department has 53 sworn officers and 15 administrative employees. They serve and protect a community of approximately 22,000 residents. Greenbelt Police also volunteer and are helpful in other nearby locations when needed. Greenbelt is situated about 15 to 20 minutes from Baltimore, Annapolis, and Washington, DC.

The community of Greenbelt residents was stunned at the news of losing a beloved officer. They have come forward adorning her vehicle with gifts and letters thanking Peters for the sacrifice she made for their safety. Corporal Christine Peters is survived by her husband and two children. The support of the residents, friends, and family will help the family get through their time of grief.

Greenbelt Police Chief Rick Bowers spoke of Peter’s unique personality, making her friends with old and young alike. “She had a very unique personality and brought a lot of laughter to the organization. She was so beloved. Officers young and old loved Corporal Peters. So, she will be deeply missed. She was a big Star Wars fan, as you can tell by the Baby Yoda.”

Former Police Chief Jim Craze added to Bower’s description. “She had a unique and quirky personality that everyone loved. She was happy. She was fun to be around. She was quite a sports fan.”

Craze went on to add that she had volunteered to take the call on her way to work. She was the closest car available, and it was just part of her nature to want to help others. “She volunteered to that call. She was the nearest, and to her nature, she responded to the call herself. That response resulted at the end of her life.”

Thin Blue Line USA announced the tragic loss on their social media pages. “It is with a heavy heart that we mourn the loss of Officer Christine Peters of the Greenbelt Police Department. On January 2nd, Officer Peters was struck by a vehicle as she assisted at a vehicle crash scene. She was then airlifted to the hospital where she passed away 12 days later on January 14th.”

The Maryland State Fraternal Order of Police shared their condolences to the Peters family and residents on Facebook. “The Maryland State Lodge mourns the death of Master Police Officer Christine Peters of the Greenbelt Police Department. A 22-year veteran, Officer Peters succumbed to injuries sustained during a line of duty incident on January 2, 2021. We pray for her family, co-workers, and friends.”