In Memory of Corporal Bryant Searcy 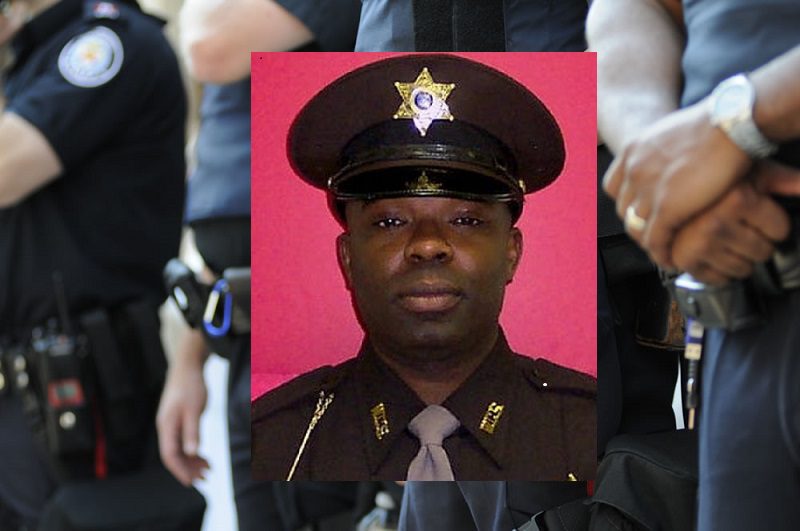 Deputy Attacked and Killed by Inmate

A Detroit area Corporal with the Wayne County Sheriff’s Office was killed by an inmate on Wednesday, September 2, 2020. It was approximately 10 pm when Corporal Bryant Searcy, age 50, went to check on the cells for the night to be sure they were all locked. When Searcy stopped to check on a violent inmate, who had a history of car-jackings and armed robberies, he thought the door to his cell was locked. Video footage confirms this action. As he went on to check the next cell door, the inmate opened his cell, came out, and viciously assaulted the officer. The attack was violent, and the fight lasted nearly 30 minutes.

Corporal Searcy was transported to a local hospital, the Detroit Receiving Hospital, for treatment of his injuries, where he later succumbed to his injuries. An investigation is ongoing to determine how the inmate kept the door from completely locking or if it was a malfunction in the 100-year-old facility. The investigation is also looking at why Corporal Searcy was alone with his duties as his partner should have been with him and was nowhere to be seen for the entire duration of the attack. The attack occurred at the Jail Division 2, located in Detroit, Michigan.

The inmate is still in custody and now has additional charges pending. Searcy had served the community through his position in law enforcement at the Wayne County Sheriff’s office for 18 years.

The Wayne County Sheriff’s Office is located on Woodward Way, in Detroit, Michigan. Corporal Bryant Searcy had dedicated his life and work to the office and to protecting his community. The attack had happened in the Jail Division 2 building. The Sheriff’s department has come to an agreement with the Tyler Technologies New World Public Safety organization to implement a new Jail Management System (JMS). This new approach helps facilitate jail operations and manage inmates more effectively. The new system replaces the current inmate software and management routines that have been in place since 1999.

In the investigation, the new system may be looked at to see how it may have impacted the situation and attack on Searcy. The JMS project is the largest new IT implementation and installment in Wayne County. JMS offers new features; it is easier to work with interfaces and integrates the technology in ways they had not ever had access to before. It is designed to help reduce liability costs. As personnel becomes more acquainted with the new procedures, they will have enhanced reporting capabilities and increase the efficiency of jail operations. As the investigation into Searcy continues, it will be studied to see how this new system may have contributed to the failure of the security of the jail.

The Division 2 Jail is also known at the Old Wayne County Jail. The seven-story low rise building in Detroit is one of the oldest correctional facilities in the state. It was built in 1929. There were renovations done on some parts of the jail in 1996 to facilitate adding more beds.

There was an older jail facility that was used before the Division 2 facility. It was a sheriff’s residence and jail that was built in 1856. Tours are now given of this jail and residence, as it is believed that 24 of the cells are currently haunted.

Loved Ones and Colleagues Mourn

Corporal Bryant Searcy leaves behind his wife and daughter. He had countless other friends and relatives that are grieving with them. His daughter, Chasadie Searcy, was away at college in North Carolina when she received the devastating news.

“My mom couldn’t even tell me,” Chasadie said. “My Godmother had to take the phone and finish the sentence for her.”

Sheriff Benny Napoleon added to his briefing that the department was shocked at the loss and would be there to stand for and help his grieving family. “We are going to be here for (his family) anyway we can.”

Chasadie stated her father was a ‘Godly’ man. He was a member of the Third New Hope Baptist Church. Pastor QuanTez Pressley is helping the family through their tough time. “His greatest achievement was the love he shared with his wife and imparted with his daughter.”

Wayne County Executive Warren Evans was with the family at the hospital at the time that Corporal Searcy was pronounced and gave a brief statement. “Our thoughts and prayers are with Cpl. Searcy’s wife, Sherry, and their daughter during this horrific time. Words cannot express the magnitude of the loss and pain we feel today. A full investigation is underway, both internally by the Wayne County Sheriff’s Office and by the Detroit Police Department’s homicide unit. The attack on and homicide of Cpl. Searcy is a jarring reminder of the danger the men and women in law enforcement face on every shift.”