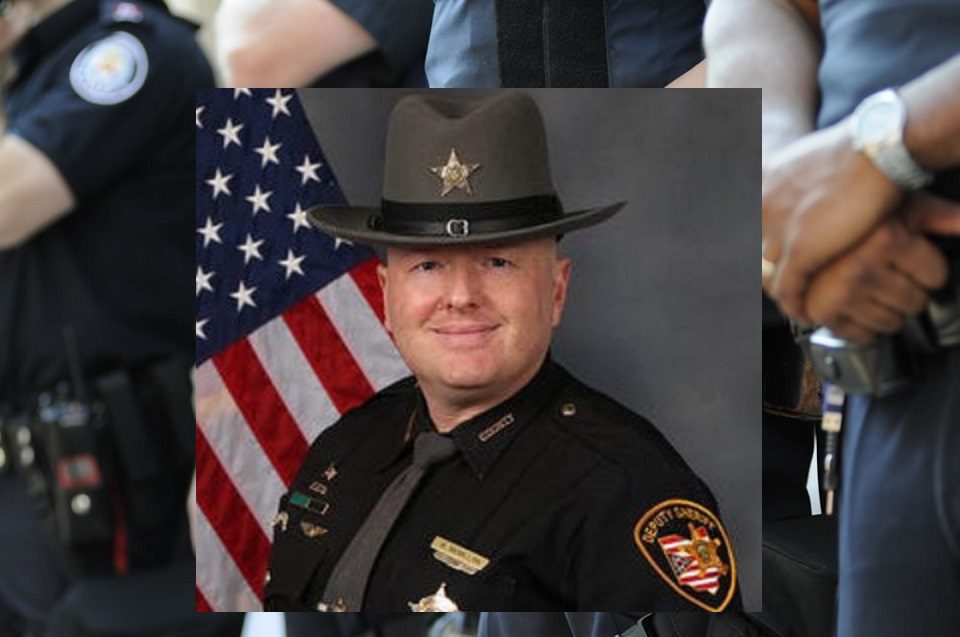 Authorities were saddened to announce the death of a local officer in Ohio. It was at 4:53 pm on Friday, October 23, 2020, that Corporal Adam McMillan died from injuries he sustained on October 8, when his patrol car was struck by a bus. McMillan was severely injured in the accident and had been hospitalized since that time.

McMillan, age 42, was a 19-year veteran of the department. On October 8, while he was on duty, McMillan’s police cruiser had been struck head-on by a Metro bus. The accident occurred on Beechmont Avenue at Eight Mile Road in Anderson Township. McMillan had been in a coma since the crash, and when he passed away, he was surrounded by family and friends.

Corporal Adam McMillan gave his career and life in service to the Hamilton County Sheriff’s Office. The Sheriff has had a long influence on Ohio’s history, and the Hamilton County office serves the greater Cincinnati area. The first sheriff in the history of Ohio was Colonel Ebenezer Sproat. Sproat was appointed in 1788 to cover all of Washington County, Ohio. After statehood was achieved in 1803, only three public offices were filled through the electoral process, one of which was the sheriff’s office. William Skinner became the first sheriff appointed through elections.

In all 88 counties of Ohio, the Sheriff is the chief law enforcement officer. In Hamilton County, that man is Sheriff Jim Neil. Sheriff Neil is a lifelong resident of the Cincinnati area. His Chief Deputy, Mark Schoonover, has been a resident of the area since 1993. The department works hand in hand with residents to fight crime, develop community safety, uphold public standards, and work towards a positive living environment beneficial to all who live in Hamilton County.

The McMillan family is asking for privacy while they deal with the loss of Adam. A family with many involved in law enforcement, they are a tight-knit group of public servants. They appreciate all that the community has done and will keep them informed of any updates or services. For now, they want to handle their grief peacefully with their family and friends close.

Hamilton County Sheriff Jim Neill shared his sorrow on Twitter. “At this time, we ask everyone to keep Adam’s family as well as our deputies in your prayers as we all grieve the loss of a hero who made the ultimate sacrifice by serving the citizens of Hamilton County. We would like to take this opportunity to thank the community for their support. I would also like to thank the professional hospital staff for their service. Adam McMillan is a hero. He’ll continue to live in others. He is a proud organ donor.”

Deputy Jason Hovecamp, friend and coworker who created a gofundme page for the family, posted these comments. “Corporal Adam McMillan has served his community as a Hamilton County Sheriff’s Deputy for 19 years. He has helped countless hundreds of people in their own times of crisis and needs, both personally and professionally. Adam has participated in the Police Unity Tour during national police week in Washington D. C. 3 separate years, helping to raise thousands of dollars that went towards raising awareness and financial aid to fallen officer’s families and the National Police Memorial fund. For those of you who know Adam personally, you know he has a heart of gold.”