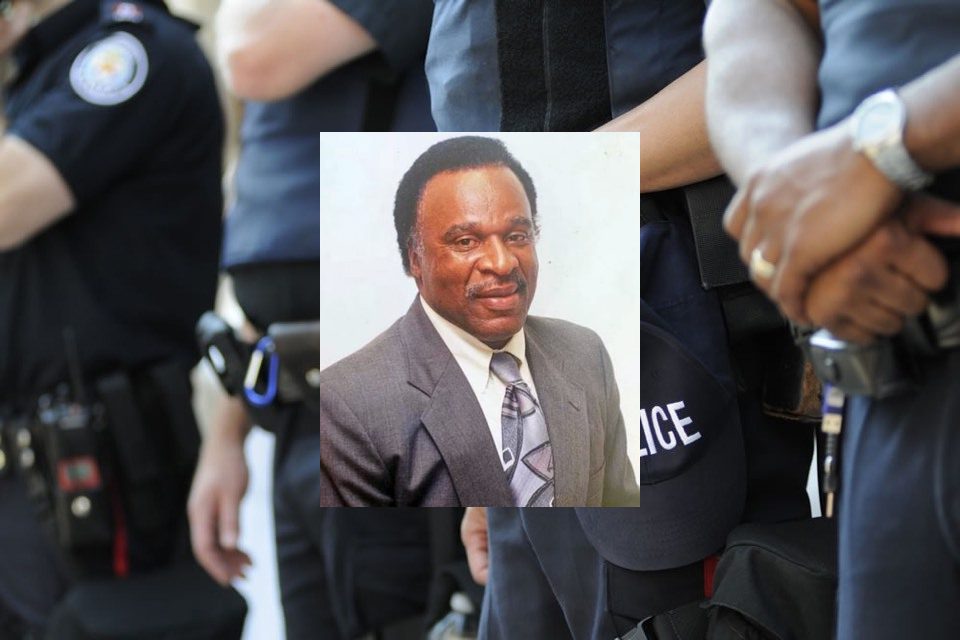 On Wednesday, December 1, 2021, the residents of Wilcox County, Alabama, heard the news about the loss of a local constable. Constable Skip Nicholson was shot and killed when he responded to a call for help regarding a domestic disturbance. Nicholson was 78 years old.

Constable Skip Nicholson answered a call that had come in regarding a domestic violence situation. Unfortunately, these calls are generally the most violent situations for officers and can be deadly. As a result, most departments have protocols that include having multiple officers on the scene when approaching a domestic situation.

Nicholson met up with the Wilcox County Sheriff’s Office Chief Deputy as an additional officer to be available on the scene. The disturbance was on Shamburger Road in Yellow Bluff, Alabama. It was about 5:00 pm when the officers arrived on the scene.

A woman called 911 and was frightened because her estranged husband threatened to kill her. He had left momentarily, stating that he would get his firearm and come back to harm her. As Nicholson and the Chief Deputy arrived, the man was outside the home and opened fire on the officer. He shot both deputies. The Chief Deputy returned fire and killed the shooter.

Nicholson was gravely injured and was air-lifted to Sacred Heart Hospital in Pensacola, Florida. The team at this hospital was best suited to treat the types of injuries he had. Unfortunately, Nicholson succumbed to his wounds, despite attempts to save him. It was the second time in his career as a law enforcement officer he had been shot on duty.

Nicholson served his community as a sworn law enforcement officer for Wilcox County for over 40 years. He had served as a reserve deputy, a full-time deputy, and was elected a constable. His previous injury happened in the 1990s. He responded to a call for service when he and another deputy were shot and wounded on the job.

Nicholson had been elected to the office of Constable in Wilcox County. The job of a constable in Alabama has been defined in the state’s constitution. A sworn officer, the constable, is considered a “conservator of the peace.”

Duties of an Alabama constable include attending circuit court hearings when summoned by the sheriff. Also, to deliver, execute, and return all summons for the Wilcox County courts or any other legal entity serving process in the county.

If the constable can collect any fines or money due during his duties, he brings these collections to the appropriate legal agency. In addition, constables are often called on to assist the sheriff’s department. As constable, the officer carries a weapon, can make arrests and has the authority to stop and question any person within reason. Constables can also be called upon to enforce traffic or provide additional security at community events.

Constable Madison “Skip” Nicholson leaves behind his wife, two sons, daughter, and eight grandchildren. He also leaves behind an entire community he has served for four decades. He touched many lives during his career, and the loss will be felt deeply across the county.

Pine Hills Police Chief NiKisha Gailes spoke of being at the scene and the last person to have spoken with Nicholson. “While holding his hand, and feeling him squeezing mine, was what I thought was a sign from him, telling me that he was alright. So, I told him to hang in there and that he would make it. But before he could make it to his destination in Pensacola, I received the call, only a few minutes later, that he had only made it to Mobile, and he didn’t make it. Just hearing those words almost sucked the life right out of me.”

Alabama’s Attorney General Steve Marshall commented on the tragedy. “Nicholson, a 40-year veteran law enforcement officer, was well-respected in his community for his dedication to public service. To take an oath to protect and serve one’s community is both a tremendous responsibility and a statement of love for one’s fellow man.”

Wilcox County Sheriff Earnest Evans spoke of the loss. He had been a friend and fellow officer with Nicholson throughout his career and was the officer shot on duty with him in the 1990s. “He was one of the greatest people I know. He and I had been together for a long time. He was dedicated to law enforcement whether he got paid or not. He was one of those guys. Everybody knew him. He was a people person.”

Alabama Governor Kay Ivey shared her condolences for the loss. “Tonight, my home county of Wilcox tragically lost retired Sheriff’s Deputy Madison “Skip” Nicholson, who was shot and killed in the line of duty. We are reminded far too often of the grave sacrifice our men and women in blue face each day to protect our communities. The Alabama Law Enforcement Agency is actively leading the investigation on this tragic situation. My prayers go out to his family and colleagues.”