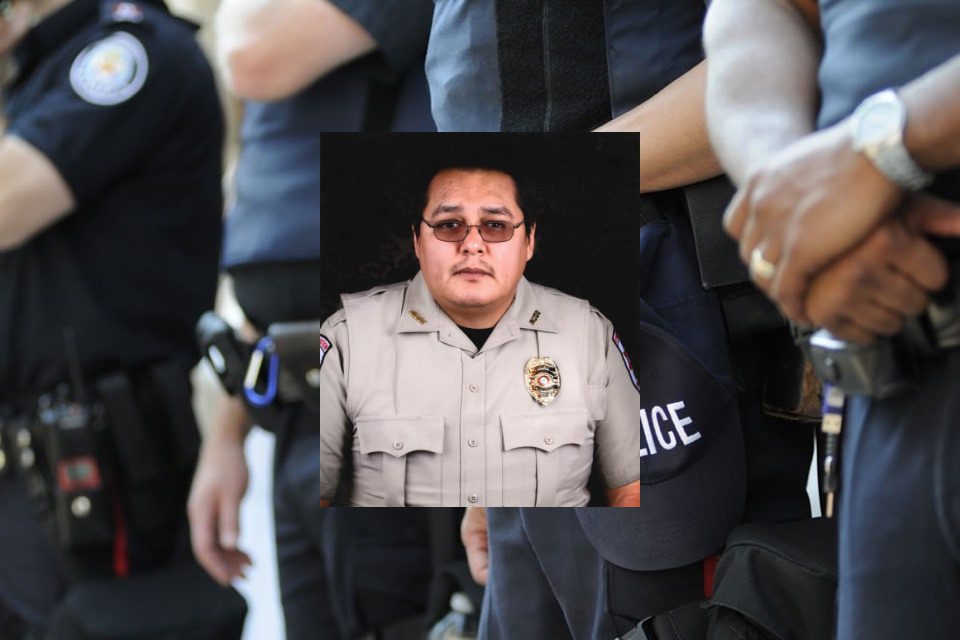 The Red Lake Nation and all of its residents were deeply saddened to hear the news that a beloved local officer had died in the line of duty. On Sunday, July 7, 2019, Conservation Officer Shannon Lee “Opie” Barron, badge number 32, suffered a fatal heart attack while on the job. Officer Barron was 48 years old.

Several local officers were out investigating illegal harvesting off Highway 89 just north of Red Lake. He and other officers scoured the area looking for the suspects but found nothing. So after he and other officers had finished and cleared the call, the officers all were heading back to their prospective duties.

After a moment in his patrol vehicle, Officer Barron felt unwell and radioed in to dispatch requesting EMS service. The officer that had just left the area immediately rushed to help provide life-saving measures. The officers performed CPR until EMS arrived to transport Officer Barron to the Red Lake Indian Health Service Hospital. Unfortunately, officer Barron was pronounced dead on arrival at the facility.

Conservation Officer Shannon Barron was a beloved leader in his community. He had served as a sworn law enforcement officer with the Red Lake Nation Conservation Department for over 19 years.

The Red Lake Nation has a unique lineage of the Ojibwe people. The goal of the Red Lake Nation is to protect, preserve, and maintain its status as an independent nation. The Red Lake Nation is a federally recognized Indian tribe and, like all reservations, retains all the powers of a Sovereign Nation. The Red Lake Tribal Council takes the conservation of their lands seriously. It puts many of the tribe’s resources towards the preservation, protection, and maintenance of the land, natural resources, health and welfare, cultural heritage, language, and traditions of their people. The goal is to preserve their way of life for their children and future generations.

The Red Lake Reservation, located in Minnesota, is home to more than 75% of the 10,000 tribe members. Many of their people have their primary sources of income connected directly to hunting, fishing, and natural resources. These protections are what made the work done by Conservation Officer Shannon Lee “Opie” Barron vitally crucial to the many members of his tribe.

The tribe has had its own Department of Natural Resources, which has been operating since the early 80s. Officers like Barron worked hard to protect the forestry, fisheries, wildlife, waterways, and other environmental needs. The department has built a strong foundation that has allowed the expansion of some specialized programs and greatly enhanced both air quality and fire prevention.

Conservation Officer Shannon Lee “Opie” Barron leaves behind his wife, two children, and aunt who raised him. Officer Barron was a great leader and representative to his tribe and the Red Lake Nation. Members of the tribe, friends, neighbors, and area law enforcement all came to celebrate his life and work.