In Memory of Commander Greg Carnicle 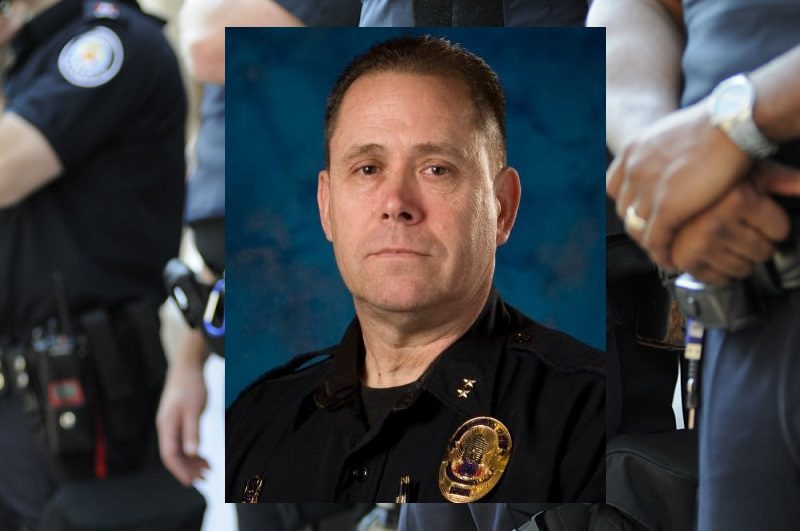 Three officers responded to a domestic disturbance that involved roommates at an apartment. The address was near 40th Drive and Pinnacle Peak Street. The argument started Sunday evening, March 29, 2020, at approximately 7:00 pm. One of the roommates called the police because they wanted to evict a party from the residence, which was acting erratic and unstable.

The call was answered by Commander Greg Carnicle of the Phoenix Police Department and two of his officers: Officer Marissa Dowhan and Officer Alicia Hubert.

All three officers were standing on the stairs when they were shot. Commander Carnicle was pronounced dead at the hospital. The two other officers, Dowhan and Hubert, are expected to recover from their injuries.

Phoenix Police Department Tactical Units descended on the neighborhood. Shortly after the shooting, the gunman fired several shots at a police drone flying over the area. The suspect was shot and killed by the officers.

The Most Dangerous Calls

Some of the most dangerous calls that police can respond to are domestic violence or domestic disturbance calls. Officers have a difficult time when situations escalate because it presents a danger both to themselves but also to others, the victim, or other family members that they are there to protect.

Julie Bornhoeft, Chief Strategist and Sustainability Officer at WEAVE, had some insight into the difficulties officers face when handling domestic violence situations. WEAVE is a San Francisco – based non-profit organization and a primary provider of crisis intervention services. They work with survivors of domestic violence and sexual assault in the Sacramento County area.

Bornhoeft explained the challenges. “There’s always a concern for both the victim and when law enforcement’s responding because we know how volatile domestic violence relationships can be.”

“When that victim takes those steps to leave, that’s shifting that power structure. Even people without a history of violence may escalate in a very unpredictable way, and we know there’s uncertainty, volatility.” Law enforcement takes specialized training for unpredictable, dangerous situations to help them learn how to approach and handle domestic violence calls safely.

Commander Greg Carnicle served with the Phoenix Police Department for over 31 years and was expected to retire within two months. He devoted his entire career to the PPD and helping the people of Phoenix, whom he also protected so they could enjoy their daily lives.

The Phoenix Police Department has a long history in the Phoenix area. The PPD originated when the city incorporated in 1881. In the early 1900s, the department had a horse by the name of ‘Old Nelly,’ that was used to pull their patrol wagon. The first officer that died in the line-of-duty was in 1925. In the early days, officers were on patrol six days a week and were paid $100 a month.

Today, the Phoenix Police Department is organized into eight precincts, six divisions, and 23 bureaus. They cover a city of 516 square miles with a population of over 1.6 million people. To do that, they employ nearly 3000 officers. The department also has nine helicopters and three airplanes—quite a growth since the late 1800s.

Commander Greg Carnicle was known as a true hero to all of Phoenix. He is survived by his wife and four children, all grown. He had served with the department for over 31 years and had planned his retirement that was upcoming in just two months.

Several officers praised the dedication and service that he provided to the department and the city of Phoenix. Brett London, President of the Phoenix Law Association, stated this about the Commander he knew as a mentor. “He was a family man, a consummate family man. Commander Carnicle was also a guy that didn’t take much guff off of anybody. Once he made up his mind, he went ahead with whatever he did, and that’s what I respected of him. He always stuck to his guns with his decisions, and he took care of his troops.”

Friend and colleague, former Director of Arizona DPS, Frank Milstead, stated this about the man he knew and often worked with. “I’ve known him basically my whole career. We worked at a traffic bureau together, rode motors. We worked as a tactical support bureau. We worked out on the west side in Maryvale together. He was just always one of those guys that were always there. He was always a street cop, a supervisor for true police operations. I’m not even sure he had a true admin assignment in his career. He was always out fighting crime.” Milestone also mentioned that Commander Carnicle was the first Commander of the Phoenix Police Department to be killed in the line-of-duty.