In Memory of Commander Donafay Collins 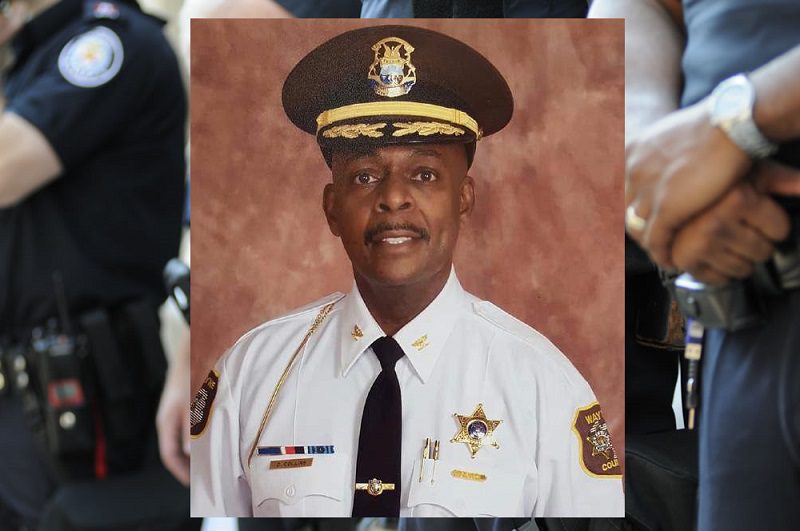 A popular Detroit Commander died from complications due to COVID19 on Wednesday, March 25, 2020. Thirty-year veteran Commander Donafay Collins worked for the Wayne County Sheriff’s Office in Detroit, Michigan. He was 63 years of age. He is the third person who worked for a law enforcement agency to die from the virus in the Detroit area in the same week.

Commander Donafay Collins was assigned to the Division 2 Jail, which is located in downtown Detroit. The Division 2 jail is also known as the “old jail” and is considered the most hardened detainment center in the correction system due to the number of high-risk inmates it houses.

According to the Michigan Department of Health and Human Services, Wayne County has had nearly half of all of Michigan’s coronavirus cases and 43% of all deaths.

Sheriff Benny H. Napoleon was saddened by the loss of Commander Collins, who was also a long-time friend. He stated that Collins looked healthy, but it’s always hard to know how someone feels. He also mentioned that Commander Collins had been hospitalized for weeks, but lost the battle to the virus, which may have contributed to some underlying medical issues.

Sheriff Napoleon and Commander Collins had known each other since they were small children. They both grew up living on Detroit’s east side. “He was very respectful of my position as the leader of the agency, but he was always quick to remind me that he knew me when.”

Commander Collins was described as being well-respected, a mentor to others in the community, and a role-model to other officers. He was doing well and would likely have gone much further in his leadership roles at the department. Sheriff Napoleon went on to say, “It’s going to be a great loss for this agency — and the whole community.”

Hero Was His Day Job

Being a hero in the community was Commander Collins disguise, for he genuinely had a love for people and music. During the day, Collins was CO for court services, but in his off-hours… he had a way with music and a smooth voice that people loved to hear.

Commander Donafay Collins was a well-known public figure in the Detroit area. He began early, patterning his voice after the sound and style of James Brown’s emcee Danny Ray. Eventually, that sound he perfected landed him his first gig as an emcee at The Detroit’s Emerald Lounge. The work made him realize how much fun it was to reach out to so many through sound and music.

Collins later became a radio host and DJ at some of Detroit’s top urban radio stations, including WGPR and Mix 92.3. He gave Detroit music fans nearly 40 years before retiring in May 2019. Collins had previously stated that though he found it very rewarding, he wasn’t about to give up his day job. He said being with the Wayne County Sheriff’s office had been his most rewarding experience so far.

The Wayne County Sheriff’s Office, located in Detroit, Michigan, is where Commander Collins spent 30 years of his rewarding career. The agency is responsible for an area of 673 square miles, of which 61 square miles is water. The water includes stretches of the Detroit River and Lake St. Clair. Wayne County has a population of approximately 1,750,000 citizens. The Wayne County Sheriff’s Office works hand in hand with the Detroit Police Department in many areas of the community.

The agency is responsible for the incarceration of offenders in the area, and Wayne County Sheriff’s deputies oversee the jails. Commander Donafay Collins worked at the Division 2 jail, the oldest of 3 jails in the county. They also manage the boys’ detention center. Collins was CO for court services, which would mean that he would oversee other officers as they transported offenders to and from court proceedings or scheduled in-house video-conference court appearances for other offenders.

His wife and four children survive commander Collins. His family loved him and will mourn his passing. He touched the lives of many in the Detroit area. As a leader and mentor to other officers, he had an impact on many careers and developed friendships with many officers. They were his blue family. All of Detroit felt like they knew Commander Collins. He was in their homes, their work, and their cars, on a popular local radio station for so long, he was friends to everyone. He had the opportunity to live a life well-lived, creating an influence on his community and a personal impression on those who knew him personally.

As Sheriff Napoleon stated, “It’s going to be a great loss for this agency — and for the whole community.”