In Memory of Chief Robert Smith 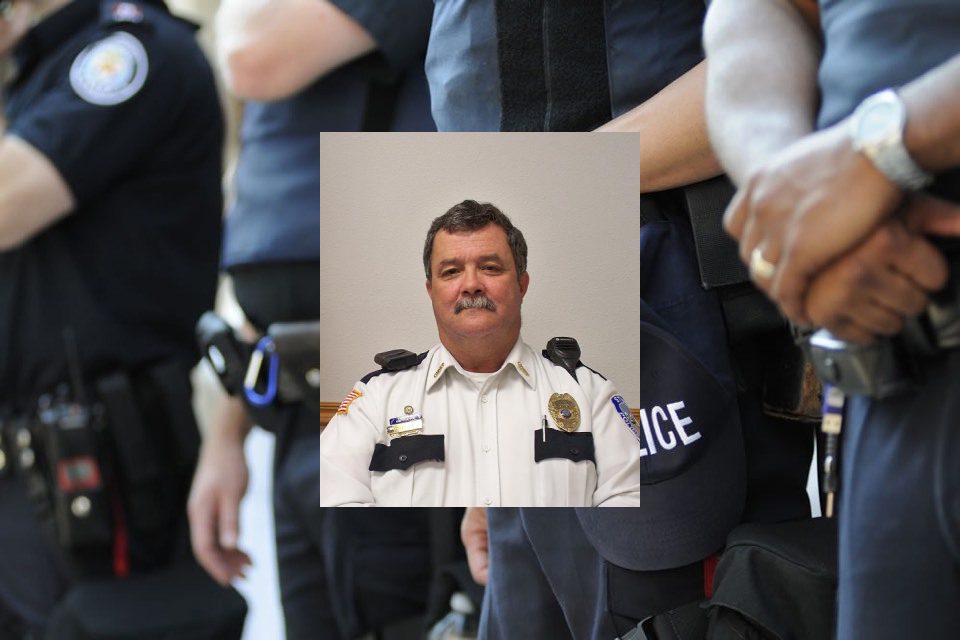 The city of Stuart, Iowa is a small town, that straddles the county line separating Adair and Guthrie counties. With a population hovering just over 1,700, it’s the type of small community surrounded by farms, where kids can play until sundown, and businesses close, generally before dark. The downtown is filled with classic angle parking, right out of the 1950’s, and the only traffic jam may be during the Good Egg Days weekend-long celebration, centered on celebrating the community, and its motto “Home of 1700 Good Eggs, and a few stinkers.” Stuart is the definition of small town USA. One sour note in it’s past, the infamous couple Bonnie and Clyde robbed the town’s only bank at the time on April 16th, 1934. But the accepts it as part of their identity, and memorializes the date with a large plague at the building, which is now home to Unique! Gift Shop.

The Stuart Police Department is small. They have three members, a Chief, Sergeant, and an Officer. They also have an active reserve officer program. It truly is a community effort. Stuart’s former Chief of Police was Robert Lynn Smith. He was well known in emergency management circles throughout the region, and didn’t carry a grudge with neighboring jurisdictions, which sometimes happens in this business. Chief Smith worked on many projects, including ones that strengthened communications and planning efforts between his agency and Stuart’s Volunteer Fire Department, as it related to handling multi-resource calls.

Chief Smith’s career had started with the City of Ackley, lasting until 2006, when he was recruited to become Chief in Stuart. On September 20, 2009, Chief Smith responded to a disturbance at a local bar. Upon arrival, he was directed to an intoxicated male criminal who was bleeding from injuries, and was disorderly with the bar’s staff. Chief Smith arrested the criminal for disorderly conduct and public intoxication.

On August 13, 2010, Chief Smith passed away due to the complications created by his paralysis. Chief Smith had served a total of 16 years in law enforcement, along with 23 years in the US Army. His wife and seven children survive him.

The criminal who caused the injuries to Chief Smith, leading to his death, was captured a short distance away from the scene and was charged with Iowa’s equivalent to Resisting Arrest (Interference with Official Acts), Public Intoxication, Theft, and Escape from Custody. The criminal received a plea deal, pleading guilty to the Interference charge, and all others pled down. It’s hard to imagine the logic in letting this criminal plead anything down. If anything, his charges were significant under the culpability he had, which at minimum is Manslaughter. Most likely, these charges and the subsequent hearing was all done before Chief Smith passed away. What’s done is done. But it does remind us that resisting arrest, and equivalent charges need to be considered for felony level crime. Police are not required to die for their duties, it is however a consequence of the work. With that in mind, we do officers no service by saying to resist their lawful arrests, to assault them, are mere misdemeanors, with minimal responsibilities attached.

In an even worse injustice, Chief Smith’s family had to wait years for the Public Safety Officer’s Benefit, a federal program that provides money to the survivors of law enforcement officers who die in the line of duty. We wonder how difficult it must have been for Chief Smith’s wife to raise seven children alone, while waiting for money that would likely cover the mortgage, while she tended to all other financial matters of the family, alone.

We also wonder how long after, the criminal responsible for the death of Chief Smith, went back to their life, likely drinking to excess, and blaming the rest of the world for their self-directed problems. It’s an absolute shame what we put Chief Smith’s family through to receive “justice,” as if nothing Chief Smith did mattered to anyone.