In Memory of Chief of Police Terry Engle 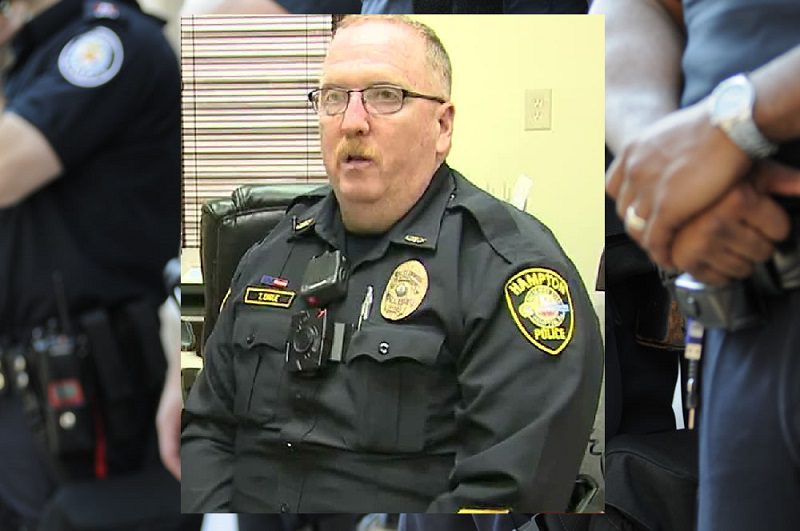 It was near 6:45 pm on Saturday, April 11, 2020, when Chief of Police Terry Engle veered off the roadway in a one-vehicle accident. The 57-year-old Police Chief was driving a 2016 white Ford northbound on Route 84, near 180th Street North. Engle, Chief of the Hampton Police Department, was traveling through Rock Island County, responding to a nearby service call. The crash is still under investigation; however, it appeared to be a one-vehicle incident, and when the vehicle left the road, it had struck a nearby tree.

Chief Engle was transported to the hospital with what could only be described as “life-threatening injuries.” He was pronounced dead at the hospital. Rock Island County Coroner, Brian Gustafson, stated that the cause of death was due to multiple traumatic injuries.

Before serving with the Hampton Police Department, Chief Engle worked as a police officer at Black Hawk College for nearly 35 years. He had started as a part-time patrolman then worked until he reached the rank of lieutenant. He had earned his associate’s degree in law enforcement from Black Hawk College, and during his time serving as an officer would receive accommodation for his bravery. Engle was given the Award of Valor from the International Association of Campus Law Enforcement Administrators (IACLEA) in 2000. He had earned this award along with two other officers at Black Hawk College in Moline, Illinois.

Automobile dangers represent a large portion of line-of-duty deaths for law enforcement. It ranks second close behind the risks of shootings. Seven hundred seventy-five officers were killed in vehicle-related accidents from data collected from 2005 to 2017. This number represents a total of nearly 37% of all line-of-duty deaths.

There are many factors at play when researchers try to focus on the causes of line-of-duty deaths. Reducing such a high number of deaths by one reason from a single occupation is the primary goal. It can be related to some extent that much of law enforcement duties are done in or around their vehicles. Other factors include not wearing a seat belt, speeding, especially while in pursuit of another car, going through intersections, or en route to a crime. Sometimes it can be as simple as being distracted. Such as when civilians can be distracted by cell phones, officers are driving while working different radios and other law enforcement equipment. Another reason that is often overlooked is tunnel vision, the adrenaline from the stress of the type of work that policing requires, to maintain focus and get somewhere quickly, a vehicle easily slips out of control. These types of studies are essential for researchers to find ways to help officers learn strategies to work on bringing these numbers down.

The Hampton, Illinois Police Department, which was led by Chief Terry Engle, was a small force with enough staff to maintain the small village and outer lying edges of the village community. Their main goal as officers was to provide a sense of security and public safety to the families who chose to make the Hampton area their home. The department was a part of the Quad-Cities law enforcement organization.

Chief Engle will be missed, as the small department was very close-knit, with the few officers and administrative staff it employed. There were a total of 8 other officers other than the Chief, along with a couple of administrative office workers. These blue servants were very close and genuinely felt like a ‘blue family.’ Losing their leader, and brother in blue has been extremely devastating for the entire department.

Hampton is a small village located in Rock Island County. Hampton is one of Illinois’ locally known “paper towns.” A paper town is a town that historically is mapped incorrectly, including the real use of false road names or signs, fake bends inroads, and other means of deception used to keep non-locals out of the area. It was used primarily as a way to keep an area safe, to set up travelers to be robbed, or to remain hidden. The village was plotted out as the city of Milan, in 1834. The ‘real’ Milan, Illinois, is located nearly 13 miles southwest of the area. The village was founded in 1900 as Hampton, which was the original name of Milan, Illinois. The term “paper towns” became more widely known after the 2008 release of John Green’s novel of the same name. It was later made into a movie in 2015.

Hampton is small in size, big in heart. The total area of the village is 1.65 square miles. The population of the community was approximately 1,765 residents as of 2018. The Sauk and Fox Indians once occupied the area. Native mounds are located at the edge of the village, adjoining the Illiniwek Forest Preserve. Black’s Store, which opened in 1849, was the largest Mercantile in the state. It is a 3-story brick building in the heart of the village of Hampton. It is on the National Registry of Historic Places, added to the list in 1976. It had one of the first elevators in the entire Midwest area. Today, the original Black’s mercantile store is recreated under the name of the Brettun & Black Museum.

On April 13, 2020, the community held a memorial walk to honor Chief Terry Engle. The village, with its many families alongside the Chief’s own family, walked the street, carrying flags, singing, and saying prayers in his honor. The local blue family also attended. All came together, lost without their leader, who had been a part of their lives for so many years. In the time of great despair, they chose to find hope together, and find common ground.