In Memory of Chief of Police Robert Sealock 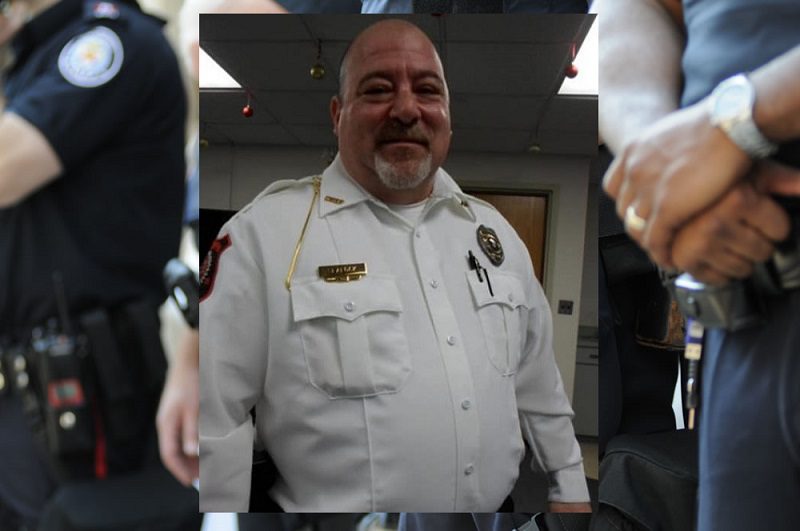 On April 11, 2020, the city of Aliquippa, Pennsylvania, lost their acting Police Chief, Robert Sealock. Chief Sealock was 49 years old. He passed away from medical complications following an asthma attack on the job.

On March 26, 2020, Chief Sealock was involved in a foot chase with other officers pursuing a criminal suspect. Afterward, when he had returned to the police department, Sealock suffered a severe asthma attack. He attempted to use his emergency inhaler but found it ineffective. He was unable to catch his breath and collapsed on the floor. Officer there provided emergency care and called for assistance. He was then transported to a local hospital, Heritage Valley Beaver Medical Center, where he remained in intensive care until he passed away on April 11.

Chief Sealock had a history of asthma and heart problems. While in intensive care, he was placed on a ventilator. It is not conclusive as to whether his pre-existing conditions or a response to COVID19 was the cause of his death.

Chief Robert Sealock had spent 23 years with the Aliquippa Police Department. Before becoming an officer, he served his country with the U.S. Navy. He had been promoted to acting Chief in May of 2018. The department required improvement in its reputation with the public from handling difficult times. The City Council felt that Robert Sealock was the man to do this job.

Aliquippa Mayor Dwan Walker spoke of Chief Sealock’s ability to pull it together for the department. “He was a good man. He was a good soul who took the reins and righted the ship. He made sure everything was the way it should be.” Walker continued to describe Sealock as a “cop’s cop” and someone he spoke with every day. He also stated this about the beloved officer. “We lost a good man who had a good heart and loved Aliquippa with his whole heart. The city took a blow today. It hurts man; it hurts.”

Sealock was the Chief of Police over the city of Aliquippa, Pennsylvania. The city is located in Beaver County along the Ohio River in the western portion of the Pittsburgh Metropolitan Area. The city itself is approximately 4.6 square miles and has nearly 9,000 residents.

Aliquippa is the city loved by Chief Sealock. It is historically known for the Jones & Laughlin Steel Mill, which opened along the Ohio river in 1905. By the year 1940, the company sustained a population of approximately 27,000 people. Other historical sites which Sealock would have visited on his patrols, is the Mt. Carmel Presbyterian Church, which was established in 1793. One of the oldest in the area. Another historical landmark in the city is the B. F. Jones Historical Library, which was built in 1927 with money donated by the daughter of Benjamin Franklin Jones.

The city that Chief Sealock inherited was in crisis. The major employer, the steel mill, closed in 1984 when the steel industry collapsed. The building was grazed in 1988. Since the main employer for the people of the city left, so did many of the businesses. Without a source of income, people also began to leave. The city became severely economically depressed, and the crime rates skyrocketed. As Chief Sealock dedicated his life to the Aliquippa Police department, he also worked for the community to lower these crime rates.

Sealock was promoted to acting Chief of Police in May 2018. He had given 23 years of his life to the department. The department’s patrol vehicles are white with a black stripe and give a nod to the historical heritage of the city with the image of the Seneca Indian Chief.

Chief Sealock was expected to retire this summer. However, while taking control of the department, he put his heart into making a difference for the community. Police work in Aliquippa was extremely high stress. Compared to neighboring departments, Aliquippa would see crimes several times a year, while officers in those departments may see them once or twice in their careers.

In 2018 when Sealock took control of the department, the city was being ravaged by violent crime. The department had many officers that were on leave, and the department itself was under investigation. The city council believed that Sealock was the man who could turn things around for the city. He found it a struggle, the department was low on officers and finding quality police applicants willing to work in such a high crime area for $14 an hour when they could go elsewhere made the task even more difficult.

Sealock managed to fill the needed positions over time. He instituted several programs designed to reach the youth of the community. Despite the struggles the department had to go through, many officers liked the way Chief Sealock was changing the perspective and reputation of the Aliquippa Police. It was a long-enduring struggle for many of them.

Patrolman James Mark Cillo had this to say about the resulting department changes. “Guys want to work their asses off for him. He’s been on the street for 20 years. He knows what we go through. He’s doing everything he can for us.”

The young people across the city think so too. The Aliquippa Police Department is clear on their message; they want to get to the root cause of crime and delinquency in the youth community. They believe boredom is a large problem for the youth. They need valuable and meaningful activities to be involved in their lives. Chief Sealock and the department has worked with the community and other city offices to provide summer programs. The idea is to move teens off the street corners and encourage them to participate in group activities that provide a sense of well-being. The department encourages local youth to sign up for the local Weed and Seed and Summer Recreational programs.

Chief Sealock had a wife, a daughter, and several stepchildren. All are mourning the loss of a great husband, father, and family leader. His service to the community was appreciated and will always be remembered.”

Aliquippa City Solicitor Myron Sainovich described the passing of Chief Robert Sealock as “a loss to the entire city.” He expressed remorse when he stated this regarding Chief Sealock. “It seems like right at the end of a very good career, such a terrible thing had occurred.”

The Beaver County Board of Commissioners’ Chairman Daniel Camp stated this about the loss of Chief Sealock. “We extend our condolences to his family, friends, co-workers, and the City of Aliquippa in general at this difficult time.