In Memory of Chief of Police Milton Paul Antone 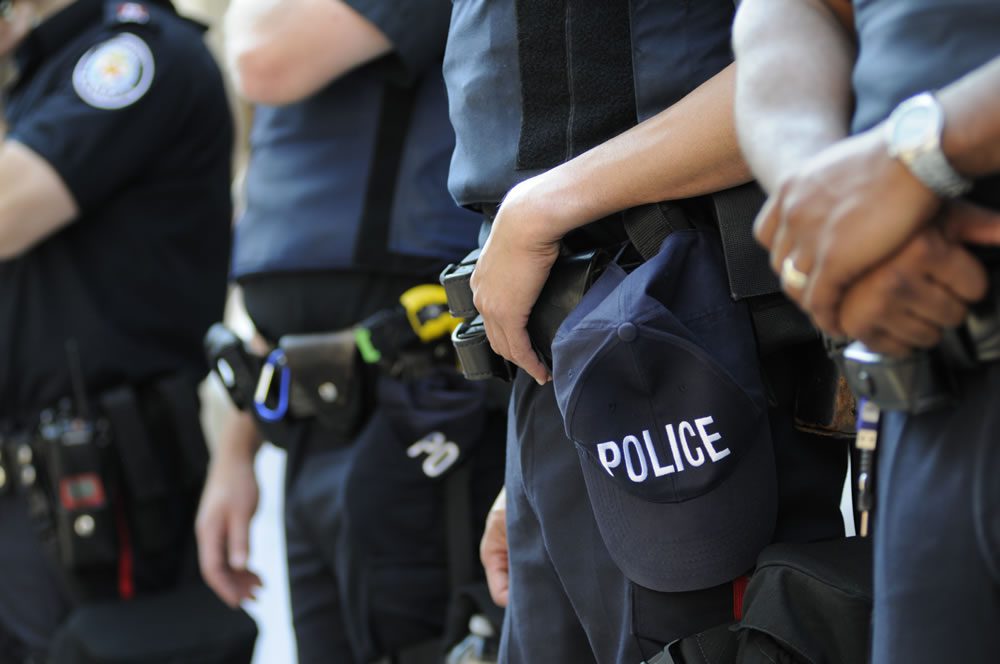 In 1912 President William Taft approved creation of the Maricopa Reservation in Pinal County, Arizona, within the Sonoran Desert. It’s an agriculturally-rich destination, 40 miles south of Phoenix. The Ak-Chin Indian Community had always called the area home for years long before 1912, but never the less, they reorganized their community, and wrote their own constitution, bylaws, and elected their own governing body, which led to the federal government recognizing their status as a sovereign nation in 1961. The Ak-Chin Community is home to quite an entrepreneurial spirit. The famous Ak-Chin Farms Enterprises is the community’s agricultural business, and is one of the largest agricultural operations in the US, and the Harrah’s Ak-Chin Casino Resort is the largest employer in Pinal County. The Ak-Chin Community owns what used to be the Phoenix Regional Airport, and has been improving it for modern air traffic every day since they took ownership. What is clear is that the Ak-Chin community are hard-working, and business-minded. They take great pride in their community, and know what it means to build something with their bare hands. These are the types of communities and ethos that drive the “American Dream’ and are the types of qualities that anyone would look for when choosing a community to live in. More than once, this community has faced tragedy, but none as heart-breaking as our next officer.

On April 14th, 1983, Chief Milton Antone, or “Paul,” as he was known best, was an eight-year veteran of the Ak-Chin Tribal Police Department, who had served as Chief of the agency for eight months, was called to assist Pinal County Sheriff’s Office personnel with a call involving child rape, south of his community in area known as Thunderbird. Chief Antone had developed into a well-respected officer, both with fellow officers in the greater community, and with the community at large, and his appointment to Chief was not a light affair. He had learned not only the job of a police office, but also the duties of a leader in law enforcement under the supervision of Chief of Police Ted Enos, who was the first police officer in the history of the Ak-Chin Community, hired in 1960. Chief Antone was highly respected by the greater Pinal County Law Enforcement Community, and was a most reliable cover officer, not to mention an adept first responder. In one account about the commitment to service that Chief Antone displayed, he and a Pinal County deputy responded to a man having a heart attack. They had to drive the victim to a Sheriff’s substation for a helicopter transport. In the process, the victim went into cardiac arrest, and through CPR, they revived him. But that was not the only trouble they faced, as the helicopter landed in the station parking lot, the tail rotor struck a power line, and it appeared the helicopter was going to lose control. The men continued their work of trying to stabilize the victim, recognizing to one another that doom seemed imminent. However, the helicopter recovered, and all turned out well. For Chief Antone, this was just another day at work. But on the night of April 14th, the odds were stacked against him. The criminal, who is believed to be an illegal alien, produced a handgun, pointing it at Chief Antone. Chief Antone, was standing square to the criminal, and he drew his gun and a shootout began. Chief Antone was struck once, killing him. Minutes later, the Pinal County deputies on scene returned fire, killing the suspect.

If you scour the internet, you can find documents pertaining to several memorials in honor of Chief Milton Antone. His family has carried the torch annually in the Ak-Chin Community, and several agencies in the southwest have taken time to honor his sacrifice, several of his family members have continued in civic duty on behalf of their community, and the tributes to Chief Antone are both exciting and sobering. In 2011, the family handed over control of the annual event to the Ak-Chin Police Department, which includes a fun run, a barbeque, and guest speakers. The community named a park after Chief Antone, complete with a playground and baseball fields, which is also a fitting tribute. Chief Antone, ever the family man, would be most proud of that honor, we believe.

But to truly understand the impact of Chief Antone, we’d have to provide you a quote from Robert Miguel, a member of the Ak-Chin Community. “[His loss] touched us and affected us for the rest of our lives. He not only taught me to be a baseball player, but got me back on the right path after I started running with the wrong crowd. Thanks to Paul, I stand before you as chairman of the Ak-Chin tribal community.” Miguel remains as the Chairman of the community to this day.

In memory of Chief of Police Milton Paul Antone.