In Memory of Chief of Police Keith Judd 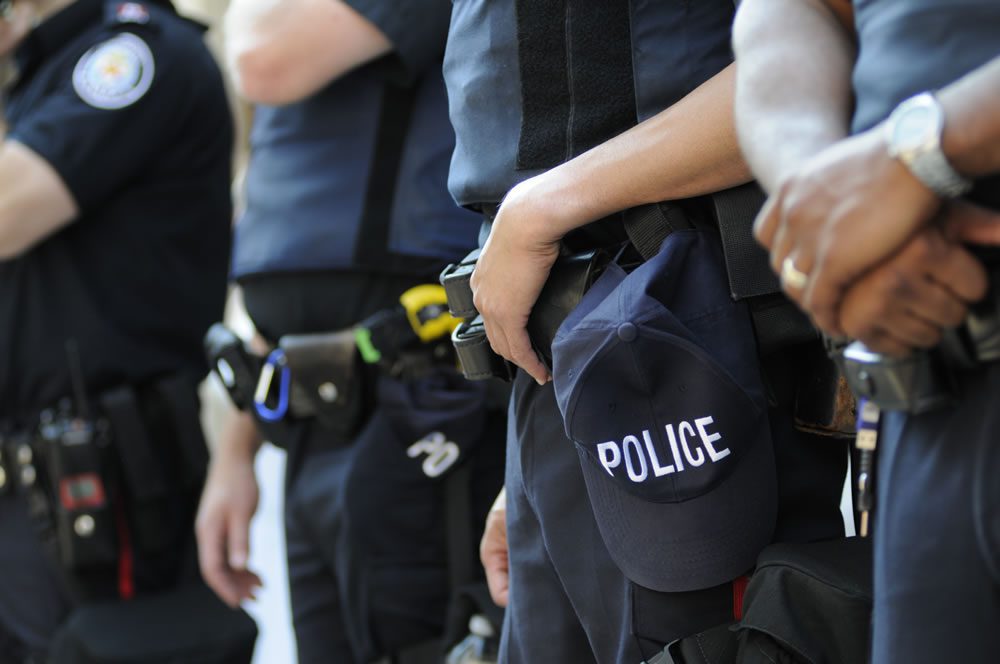 Caldwell has big historical significance to all people in this country. The city sits along the banks of the Boise River, and before it was a city, Native American tribes from as far as Colorado would meet here to trade goods and host pow-wows. Incidentally, from generations of use, the various tribes carved large paths that led to Caldwell in all directions, and as pioneers carried westward, Caldwell was discovered to be a “halfway” point between Puget Sound, Salt Lake, and Denver, which during the 1800’s, were the major destinations of note. Since that time, Caldwell has grown, a lot. It has stretched south to Lake Lowell, and east, surrounding fertile farmland that stretches across the banks of the Boise River. While Caldwell was isolated in the early 1900’s, a sort of “farmer’s destination” for supplies and even a beer or two at week’s end, it has now become its own unique community, with some 50 thousand residents. It is still officially considered a suburb of Boise, sitting about 30 miles west, from city center to city center. But, as Caldwell continues to grow, the distance between city boundaries closes, which is a mere 13 miles apart.

The greater Boise area is growing very quickly, but much of that is credited to Caldwell, where many people in government, business, and civic organizations have worked tirelessly to create a city that is business friendly, and safe for families to spend a night out in town.

The Caldwell Police Department has a reputation for having strong leadership, and our next officer, a former Chief from CPD, exemplifies that reputation perfectly.

Chief of Police Keith Judd was a 10-year veteran of the Caldwell Police Department. Chief Judd had achieved life goals that all of us aim to accomplish in our lives. He was married, and had a child. He was highly respected in his community, and well regarded in the Idaho law enforcement community. On August 28th, 1961, he was called to a farm about six miles outside of city limits, to assist Ada County Sheriff’s deputies, and other law enforcement officers who were trying to locate a sniper. The call stemmed from a farm owned by William Miller. His wife contacted 911, stating that someone had shot her vehicle, and that when William and neighboring farmer tried to move another vehicle, they were shot at.

Law enforcement officers from the greater region descended onto the farm, and slowly made their way through various entry points on the property, in hopes of isolating the location of the sniper. Ada County Sheriff’s Deputy Mel States and Chief Judd entered the immediate area around the Miller home, along the side of a barn that faced the home. As they cautiously walked in a space between the barn and a vehicle, a shot rang out, striking Deputy States in the back. He fell into view of the sniper. Chief Judd attempted to aid Deputy States, trying to pull back into cover, but as he bent over, another round was fired, striking Chief Judd in the neck, causing him to fall on top of Deputy States.

Both officers could not move. As other officers closed in, the shooting stopped, and aid was provided to both Chief Judd and Deputy States. Unfortunately for both officers, they were left paralyzed. Chief Judd was officially diagnosed a paraplegic, and had little use of one arm. Deputy States was paralyzed from the waist down, as consequence of his injuries.

A lengthy investigation went into the shooting scene, and investigators eventually obtained a confession from Robert “Bobby” Oliver Miller, William Miller’s son. He stated he took the rifle he used from a neighbor’s barn, and was shooting “to stir things up.”

At the time, Idaho didn’t have laws or even a procedure in place on how to handle juveniles who committed such awful crimes, but Miller was sentenced to two years in prison in the State Penitentiary. He relocated to Seattle, and some time later was allegedly in a shootout with Seattle Police, in which he died. We have been unable to confirm this incident however. What we did find is that Miller’s family split around the time of his release, and it is plausible his family had relocated to Seattle for work, clearly, they had drawn the ire of Caldwell residents over this senseless crime. But we did locate part of Miller’s family in Western Montana, in another farm community, and a headstone at a family plot that seems to be for Miller, but that also is not confirmed. If this is the same Bobby Miller, the shootout in Seattle never happened. It’s quite possible that the family became so secretive that the headstone was to exacerbate the problem, as the family history has become quite secretive over the years, perhaps out of shame.

As stated previously, Deputy Mel States was permanently paralyzed from the waist down because of the shooting. He stayed on with the Ada County Sheriff’s Office, working in the communications center until he retired.

Chief Judd was hospital-bound for the remainder of his life. He was survived by his wife and son. He described the pain, agony, and depression a paraplegic suffers in a self-authored column in the local newspaper. His article captures so much of how this incident truly played out and makes our remembrance of Chief Judd seem minor in comparison.

In memory of Chief of Police Keith Judd