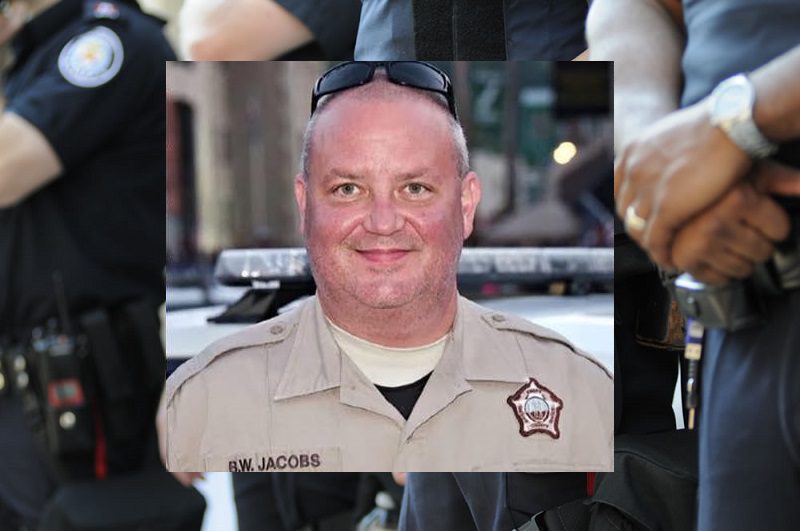 Knott County Sheriff’s Office reported that on Sunday, December 15, 2019, that their Chief Deputy, Bobby Wayne Jacobs suffered a fatal heart attack while on duty. The 47-year-old Chief Deputy, had just gone through a stressful situation after responding to assist another deputy who was out serving a warrant on a suspect.

The suspect was uncooperative and barricaded himself inside his home and was threatening to kill the law enforcement officers. Several hours after the suspect was arrested, Chief Deputy Jacobs returned to handle another call for service. Upon returning to his office, he collapsed on the floor and was found by his fellow co-workers.

Early in 2019, Police Chief Art Acevedo of the Houston Police Department spoke with the Associated Press about the dangers of serving warrants. According to the AP report, serving arrest warrants is by its very nature dangerous. The report was written to bring awareness to the issue after a deadly shootout occurred that injured five Houston officers.

Experts say the danger lies in the fact that officers are entering into an unknown territory. David Thomas, a professor of criminal justice at Florida Gulf Coast University, stated that serving warrants comes with extreme risks. Thomas stated, “The reason behind that is you are now dealing with somebody that knows they are wanted and so in many instances, they feel they have nothing to lose.” Chief Acevedo added that in many instances you have officers going through the front door, so in the case in Houston, once the first officer was shot, other officers had to follow through the same small opening. The Chief called this the “fatal funnel” effect.

Stress on Health of Law Enforcement

Dealing with the constant stress of being in the line of duty, the stress alone can negatively have adverse effects on the health of law enforcement officers. The Buffalo Cardio-Metabolic Occupational Police Stress (BCOPS) program studied 464 members of the Buffalo Police Department to get more information on the effects of stress on their health. The results showed that due to daily stress on the job, officers face an increase in a variety of long-term health effects. These can include cardiovascular disease, obesity, suicide, sleeplessness and cancer. The conclusion of the study was that while normally one can find health inequities based on socio-economic or ethnic factors, this is one area that has proven health disparities based solely on occupation.

Chief Deputy Bobby Wayne Jacobs served the Knott County, Kentucky Sheriff’s Office for over 23 years. The Knott County Sheriff’s Office takes great pride in serving and protecting over 15,600 residents. Chief Deputy Jacobs was extremely proud to be a part of this department. The department had during his tenure initiated a program they called ‘Supporting Heroes.’ With a beginning of only eight original board members and their dues, they vigorously declared in their motto, “We’ll be there when tragedy strikes.”

Their focus was to alleviate the struggles of families going through the difficult time of losing a loved one in the line of duty. The goal was set to immediately deliver $3000 to the family of fallen public safety heroes, to help them get through the immediate days following the loss of their family members. On September 11, 2004 they made a commitment to go nationwide with this benefit. Their commitment was immediately tested when on September 24th, an officer in Indiana had been shot and killed. In March 2016, the organization raised the amount given to families to $5000. They also provide other services which include funeral planning, national memorial services, benefits and appeals, trial support, along with social and peer support services. The goal of the department’s organization is to relieve the burden on family members as much as possible.

Sheriff Richardson expressed his grief and spoke highly of Chief Deputy Jacobs. He stated that he was well liked in the community and also served as the school resource officer for all the schools in the county. Many children were touched by Jacobs and they, too, grieve for the loss of their mentor. Jacobs left behind his family, his companion, Carla, and three daughters: Emaleigh, McKenzie, and Lauren. The entire community including his friends and family in law enforcement all grieve for the man that touched all their lives and made such an impact on all of them.